From Scarcity to Generosity

To live as a steward is counter cultural. So is being Christian. In my ministry, I often use this Funk and Wagnall’s Dictionary definition of steward:

“One who is entrusted with the management of property, finances, or other affairs not his own.”

This simple definition drives home the point that if we are to live as stewards we must realize that all we have is entrusted to us to manage, it really isn’t our own.

The power of congregational culture

I have been privileged to work with many congregations. Having been invited to go deeply into the lives of these churches, I have come to recognize the significant power of congregational culture, especially when it comes to giving and money. I clearly see that each congregation is on a spectrum of giving, ranging from having a culture of scarcity to one of generosity. There are characteristic behaviors of congregations that speak volumes about their giving cultures. These behaviors run deep, often being demonstrated from year to year, decade to decade, shaping the very nature of the place. Moving from scarcity to generosity can happen, but this takes years of intentional work on the part of the leaders. Central to this work is helping people understand that giving is a spiritual issue; it is about one’s relationship with God. People have to be taught the theology of stewardship, it is not instinctual and teaching it is the work of the church.

Churches are called to challenge us to grow in our faith and incorporate the principles of faithful stewardship in our personal lives. The church also has a corporate responsibility to model stewardship, which is exhibited in the ways it raises, spends, manages, and talks about money. It is through these practices that their culture of giving has been established over time.

The church has taken on many secular business practices and many of these practices have helped congregations be wise and necessarily accountable. Budgets have become essential tools for responsibly managing church funds. However, in many churches the budget has supplanted any serious conversation about stewardship. I have seen budgets take center stage in annual giving campaigns. I have heard leaders ask parishioners to take on their ‘fair share’ and ‘give to make the projected budget for next year.’ Churches that only focus on budgets are often on the scarcity end of the giving spectrum.

Constant fundraisers to support the church budget, scratching for every penny, along with frequent small and large financial crises are all indicators of a culture of scarcity. These have become normal operating behaviors for many congregations. These behaviors scream, “not enough money, never enough money!” People get so tired of hearing these messages and they should. Often there is little understanding or personal commitment to stewardship in churches such as these. To move from scarcity to generosity the leaders have to be willing to change the old behaviors and attitudes that are so deeply imbedded in their congregations. The good news is that progress can be made, the needle can move. A good place to start is the church’s annual giving campaign. This focused effort is one of the best opportunities to impact the congregation’s giving culture for change.

I recall a church in my diocese that was at its wits end about income. They called me to coach them for their upcoming annual campaign. Their budget and need to raise more money was central to the way they lived and they were stuck in an attitude of scarcity. One of many admonitions I gave them was to get through the campaign without EVER mentioning the word ‘budget’. They asked,” How can that be done?” I promised if they took on some new approaches to their efforts they could successfully reach their annual giving goal. They called me at the completion of their campaign to joyfully report that giving went up 31% and they never mentioned the word ‘budget.’ This was a number of years ago and they have made steady progress toward changing their giving culture and employing new behaviors. I am not recommending that every church not talk about their budgets when raising funds, however every church needs to be keenly aware of their potential over emphasis of budget conversations.

Here are some annual campaign essentials I recommended to that church and others I coach:

The vestry should empower a stewardship team made up of four to six people to be responsible for designing and implementing all the details for an annual campaign and other stewardship activities during the year. This team should include at least one creatively gifted person who thinks outside the box! It is important that this team have a member of the vestry and/or finance committee but be made up primarily of additional members from the congregation. The team reports to the vestry and the clergy.

Choose a meaningful, memorable new theme every year with a creative means to express it

A theme can be scriptural or a catchy tag line but it must be short and easy to recall. It’s more than a visual logo; it should be the catalyst for generating ideas to creatively and meaningfully encourage congregational participation and engagement. Here are two examples to get you started:

Theme: Reflect God’s Generosity: Pay it Forward!
Creative Activity During the Campaign: Invite every member from grade school children on up, to commit to an act of unsolicited generosity weekly during the campaign. On Sunday, provide slips of paper and pencils in the pews so people can share their act of generosity, then put their slip into the offering plate. Support and encourage this activity through sermons, educational opportunities to reference God’s generosity through scripture, and the sharing of personal stories. During the service on the last Sunday of the campaign, invite people to bring their pledge cards forward and put them in an alms basin placed as close to the altar as possible.

Theme: Thank You God!
Creative Activity During the Campaign: Distribute inexpensive sticky note pads to each member of the church that are custom printed with the words, “Today I thank God for…” Encourage every member to write a message to a loved one on a sticky note every day of the campaign and to share them generously on mirrors, lunch boxes, dashboards, etc. You might also have extra pads at church and encourage people to post their messages of gratitude to God on a large wall space, for all to see.

These two themes and the corresponding activities share the same principle of active engagement of people reflecting God’s generosity. These themes and activities are just part of extremely well planned and carried out campaigns which help congregations move toward greater generosity.

Incorporate videos and other electronic media during campaigns. This can include electronic commitment/pledge cards, video testimonials uploaded onto YouTube, the use of inexpensive professionally produced videos on stewardship, and other creative means to both get the word out about the campaign and to visually and emotionally engage potential givers.

Fearlessly refer to the biblical standard of the tithe

There is a lot of talk in church circles about doing away with the biblical concept of tithing. The argument is that the tithe is an ancient standard of agrarian cultures and simply doesn’t apply to modern times. I believe this conversation is driven by fear, the fear of asking people to seriously reflect on their financial giving and their motivation for doing so. Referencing the tithe is not about shaming, it is simply teaching.

Encourage the practice and commitment to proportional giving, working toward a tithe. Have the vestry commit to the same and communicate their commitment to the members of the congregation.

Committing to pledge a proportion of one’s income, starting with 1% working toward 10% or more, is a method that often helps people think seriously about their giving. Persons should be asked every year to prayerfully consider increasing their percentage with every new year. The church should supply percentage giving charts with their other campaign materials. It is a powerful witness to have every member of the vestry sign the same letter stating their individual and corporate support of proportional giving working toward the tithe.

Arrange for personal testimonies by parishioners that focus on their experience of God’s generosity in their lives and how they have responded financially and otherwise out of thanksgiving.

Personal stories of stewardship are immensely important in annual campaigns. They often reflect vulnerability and faithfulness. Three to four new people should be invited to share every year. A little coaching on the part of clergy can encourage people to share their stories of giving.

Create a sincere atmosphere of joy and thankfulness to God can help people grow in their awareness of God’s abundance in their lives.

The sincere and upbeat efforts of the clergy, vestry, and stewardship team set the tone of annual campaigns and directly impact the campaign results. The creativity, spiritual engagement, energy, and commitment to doing a campaign well not only insures optimum results but also helps individuals move from scarcity toward generosity in their personal lives. Over time, this can be life changing.

No two churches are identical and each will take its own path toward generosity. Just start.

Try This: Questions for your vestry to consider

What is your congregation’s culture when it comes to money? Here are some questions to ask yourselves:

Mary MacGregor is canon for congregational vitality in the Episcopal Diocese of Texas. 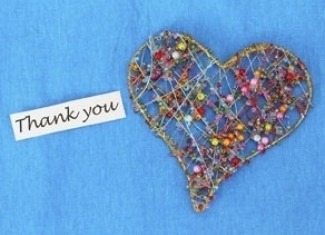