May 2016
Transition and Change

From Challenge to Opportunity

These are uncertain times for the Church, and instinct tells us to hunker down and put all our efforts into protecting the life we know. But sometimes, facing into uncertainty and grappling with the questions that arise when there are not enough resources to support the traditional models bring creative solutions and renewed mission. God has said, “I am making all things new.” That includes us.

Clergy leadership and employment are changing

We hear “part-time” and “bivocational” applied to Episcopal clergy more and more these days, as churches wrestle with declining membership, reduced income, aging buildings, and aging congregations. The transition to part-time clergy leadership is often seen as the only way a small, struggling congregation can survive.

The upswing in part-time clergy employment also affects new clergy, seminarians, and those considering ordination. Increasingly, seminarians and those exploring ordination are encouraged to consider a second occupation to supplement their income as an Episcopal priest. Some find another way to exercise their call to ministry.

Full-time clergy transition is complicated enough, without restructuring the way authority and tasks are distributed and convincing congregations to accept a very different relationship with their clergy. It’s difficult to set—and keep—boundaries for work so deeply connected to a congregation’s life and faith. Often part-time clergy end up working full-time for part-time pay.

In response, Episcopal dioceses around the country are stepping up to help congregations transitioning from full-time clergy. While each diocese faces its own distinct challenges, there are some basic themes in these efforts:

One congregation’s transition to part-time clergy

When the rector of Holy Trinity Episcopal Church, Southbridge, in the Diocese of Western Massachusetts retired, the small, aging congregation had to move to part-time clergy leadership. Tamsin Lucey, then senior warden, and current senior warden, Nancy Waugh, were well schooled in congregational development and leading change. Knowing the value of communication and transparency about finances, their approach during this interim period focused on honest, corporate self-examination and creating a new, shared leadership model.

Their diocese provided a long-term supply priest, who encouraged the congregation to take a hard look at itself. In small groups and large, parishioners asked: Why are we here…what is God’s purpose for us today?

They tried things, too. Sunday worship went from two services to one. A new approach to Sunday school brought some new families. A bond was formed with a Lutheran congregation that continues as a joint Bible study today. They developed a Mutual Ministry Covenant.

At the interim’s end, the congregation called Richard Signore, a retired priest, to serve for two years as part-time priest-in-charge. They created systems for pastoral needs and emergencies when he isn’t there, and work hard to see that he doesn’t exceed the agreed-upon time commitment. Classrooms were rented to a YMCA Daycare program, helping them connect with their neighbors.

Earlier this year, they called Signore to be their rector. Part-time, of course.

A creative collaboration in Los Angeles

In 2013, Anna Olson, rector of St. Mary’s Episcopal Church, a Japanese-American congregation in Los Angeles’ Koreatown neighborhood, was sure that the only full-time jobs available when Nancy Frausto graduated from seminary would be in affluent congregations. But Olson was determined to see that Frausto, the first person ordained from one of LA’s Spanish speaking congregations, had the full-time position she needed, one that would offer mentoring and a chance to do the “scrappy church ministry” that interested her.

Together, they created two part-time positions for Frausto—associate rector at St. Mary’s and priest-in-charge at Iglesia Episcopal de la Trinidad (Trinity Episcopal Church), a struggling Latino/Hispanic congregation 2.5 miles from St. Mary’s. Salary and benefits were cobbled together from the two churches, diocesan assistance, and grants that included an ECF Fellowship.

Trinity had been without a priest for two years, and Frausto spent most of her first year stabilizing operations and addressing pastoral concerns. Since then, she splits her time, working from St. Mary’s several weekdays, running community gardens and classes to help the church connect with the surrounding Hispanic neighborhood. Once a month, the congregations worship together at St. Mary’s.

Now in its third year, Olson and Frausto’s collaboration has:

“If we’d had to deliver on exactly what we thought would be happening three years out, this would look like a failure,” says Olson. “Yet if you were to come and worship with either congregation and see where they are now, there’s no way you would see it that way.” She sees that as a good argument for supporting ideas like this but “not being too tied to a specific set of measurable outcomes.”

“Our job is to have a vision,” says Olson. “God does what God will and our job is to go along.”

Current statistics on Episcopal congregations* — 34.5% with only part-time or unpaid priests, 11.1% without a priest, plate and pledge income down .7%; — are discouraging, but stories like Holy Trinity’s transition and Frausto and Olson’s partnership encourage us to support new models for clergy and congregational leadership.

Economics drive the rise in part-time clergy, but the concerns it raises are larger. It represents a major shift in the way we build the life and faith of our congregations and the way we prepare our leaders. It raises questions about what our churches will look like in the future. It’s important that we help one another see the possibilities—because there are always possibilities for growth.

Ring the bells that still can ring
Forget your perfect offering
There is a crack in everything
That’s how the light gets in.


*Statistics compiled by the Research Office of The Episcopal Church from Parochial Reports filed by 6,553 congregations in 2014
www.episcopalchurch.org/page/tables-charts-and-research-reports

Susan Elliott is a writer and editor, working with ECF, Forward Movement, Renewal/Works, and parishes and other organizations in the Episcopal Church. She is the writer of ECF’s 2015 Vestry Resource Guide, and collaborates with Jay Sidebotham on “Slow Down. Quiet. It’s Advent,” published annually by Forward Movement.

In preparing this article she spoke with Dr. Matthew Price, Vice President for Research and Data, Church Pension Group; the Rev. Sarabeth Goodwin, Transitional Latino Missioner, Episcopal Diocese of Washington; Heidi Shott, Canon for Communication and Advocacy, Episcopal Diocese of Maine; and the Rev. Neysa Ellgren, Canon for the Ordinary, Diocese of Oregon, in addition to those named above. Each provided helpful background and perspective on this subject.

The Episcopal Church Foundation (ECF) has received a three-year grant as part of Lilly Endowment’s National Initiative to Address the Economic Challenges Facing Pastoral Leaders. ECF’s grant entitled “From Economic Challenges to Transformational Opportunities” will provide lay and clergy leaders of the Episcopal Church with resources, tools and other support to help address the financial and leadership challenges of congregational ministry in the 21st century. This article was made possible by the Lilly Endowment grant. For more information on ECF’s Lilly Endowment Initiative go to www.episcopalfoundation.org. 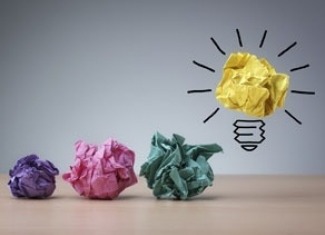