What do you get when a part-time curate meets a full-time opportunity? Focus. Presence. Availability.

In September 2016, thanks to a grant made by the Lilly Endowment Inc. to the Episcopal Church Foundation (ECF), and subsequently awarded to the Episcopal Church of New Hampshire through the Ministerial Excellence Fund (MEF), my role as Missioner of Sunapee became full-time, after a year as a three-quarter time position. What changed when that extra 25 percent became available for parish ministry, and what can other congregations learn from our experience?

A year earlier, I had been called to a newly created regional curacy, sharing my time between two Episcopal parishes located near New Hampshire’s Lake Sunapee who were poised to explore a possible partnership. One parish was growing, and ready to support a priest in addition to its full-time Rector. Twenty minutes away, across a county line, a small parish employed a part-time rector who had announced her retirement from parish ministry, to take effect in about two years. With financial support from the diocesan Mission Resources Committee, I was called as curate. I would be mentored by both priests, be formed by both congregations, and would embody a growing bond between the churches, highlighting their shared mission to serve neighbors in both towns and both counties.

The curacy was a three-quarters time position, and I wanted (and needed) full-time work. During that first year, the one-quarter time position as a hospital chaplain brought me up to full-time employment. Then, the smaller church’s rector retired nearly a year earlier than anticipated. Sooner than we’d expected, where there had been three priests, two experienced, one new, and 2.25 FTE (full time equivalent) among us, now there were just two. Could the two of us, working together, serve both a growing parish in need of a second priest itself and a very small parish that plays a vital role in its community but whose budget was strained by paying a part-time priest’s salary?

Support from ECF gave us the chance to answer that question. ECF’s grant “From Economic Challenges to Transformational Opportunities,” made through the Lilly Endowment’s National Initiative to Address the Economic Challenges Facing Pastoral Leaders, is providing lay and clergy leaders of the Episcopal Church with resources, tools, and other support to help address the financial and leadership challenges of congregational ministry in the 21st century. One part of that program, for which the Episcopal Church of New Hampshire became a pilot group, is the Ministerial Excellence Fund (MEF), which makes “grants to entrepreneurial clergy with the ability to help transform congregations, but for whom personal financial challenges provide significant impediments.”

Our Bishop, the Rt. Rev. A. Robert Hirschfeld, explains it this way, “Through this unique matching grant opportunity, donations to the Episcopal Church of New Hampshire will be multiplied to support clergy in our Diocese directly and help us raise new leaders to carry on our legacy of faithful parish ministry and community outreach.”

Here’s some of what happened when my call as priest became full-time:

Meshing the schedules of two distinct jobs requires a particular sort of efficiency, fulfilling responsibilities to two employers, with interwoven timetables and occasional incompatible expectations. I was grateful to replace those circumstances with a greater degree of simple presence, and a bit of blessed inefficiency, the gift of just being present. With gratifying frequency, serendipitous (Spirit-given) encounters have led to blessings, such as:

Soon after becoming full-time, I taught a five-session course on prayer and The Book of Common Prayer. I offered two sections, one meeting in the afternoon, the other in the evening. That flexibility made the course accessible to folks with a variety of schedules, increased the number of participants, and drew students from both parishes. I doubt that I would have been able to teach the course twice each week if I had been working part-time. In January, I began mentoring an EfM (Education for Ministry) group, the first at the larger parish after a gap of several years. After: 100% On

It may be that three-quarters time is a particularly challenging level of employment, and perhaps especially so if the employed person adds a second job in order to work full-time. Full-time ministry is not, of course, a clock in, clock out, 40-hours-a-week role. Seventy-five percent of a job that edges towards 50 hours (or more) when it’s “full-time” brings your “part-time” priest awfully close to what counts as full-time in other fields. Adding a second job to meet full-time salary levels adds up to a lot of working hours.

I’d suggest that the most powerful lesson is this: Be proactively partnership-minded. If your congregation cannot support a full-time priest, can the congregation take the initiative to help fill the gap? What if the task of finding the missing pieces of full-time employment were shared between parish(es) and priest, and not left to the priest alone?

What is making it possible for me to serve full-time as a parish priest is the willingness of several entities to partner, including two congregations willing to say, “You are the other church’s priest, too”—or even better, “You are our priest, together.” The spirit of partnership has been in the two churches looking to work together and with the diocese to call a curate . This spirit has also been in the diocese’s collaboration with ECF and the Lilly Endowment Inc. It means being willing to be creative, being transparent about finances, and acknowledging that many more things are possible when you don’t try to go it alone.

As Missioner of Sunapee, Kelly Sundberg Seaman serves St Andrew's, New London, NH and the Church of the Epiphany in Newport, NH. She loves being out in the woods on foot or on skis, and can’t wait to get her kayak (depicted on the stole given by St Andrew’s at her ordination) back in the water. Kelly grew up in Charlottesville, Virginia. She was ordained to the priesthood at St Andrew’s on December 21, 2015, the Feast of St Thomas. Kelly is a graduate of Davidson College and the University of Virginia. Her preparation for ordination included the Anglican Studies program at the Church Divinity School of the Pacific, the Episcopal seminary in Berkeley, California. Prior to ordination, Kelly worked as a writer and editor, most recently at Dartmouth. She is mother to two daughters and a son, and is married to David Seaman.

(This ECF article is part of a series designed to help clergy and lay leaders address the economic challenges of congregational ministry in the 21st century and is made possible through a grant from Lilly Endowment’s National Initiative.) Resources 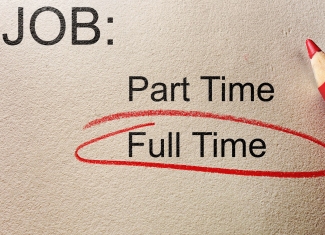