Scrolling through Instagram, a post suddenly caught my eye. It was a picture of a dressed altar with two candles with “Ever wondered what’s that for?” in bold print across the image. Some exploring revealed the post was a part of social media campaign by St. Luke’s Episcopal Church in Durham, North Carolina.

This “Ever wondered what’s that for?” campaign is as original as it is useful. This is its basic premise: Every week or so, St. Luke’s posts a picture of a church tradition or symbol that’s commonly seen in church life but perhaps not immediately understood. Each post explains the significance in simple terms. Posts include “Why is that candle in the corner always lit?” “What are all of the clothes that priests wear on Sunday?” and “Why is water added to the wine for communion?” The answers explain the logic and meaning behind the traditions very succinctly (as is key with social media), but more importantly, make a connection between tradition and faith in real and meaningful way. The result is that objects become bestowed with meaning, making our experience of church richer. Log on to Instagram and take a look at their wonderful campaign. @stlukesdurham #instagramcatechesis

Many church leaders, and especially church communicators, use social media. For some of us, posting links on Facebook, re-tweeting articles on Twitter, and choosing our best images for Instagram are everyday tasks. Some of us have even forayed into the very confusing yet hilarious youth-ridden world of Snapchat! Many are already posting useful, well-written, and captivating content, so you may ask: Why do I need a social media “campaign?” Increasingly used during conferences, meetings, and events, social media campaigns (unlike individual posts), focus on a shared experience. At the most basic level, campaigns help to collate and gather similar content, generate interest, and build a brand. The consistency of the idea (typically tied together with a hashtag) ties together a host of common information from a sea of individual comments and posts, and makes it easier for followers or readers to see what they’re looking for in one place. Some campaigns however, create an experience, and the best ones always herald the start of a relationship between the brand and reader. A good campaign will always focus on a shared experience between the creator and the receiver of content.

Earlier in 2016, at ECF we experimented with a social media campaign called #ChurchLeaders2016. The hashtag was specifically created for our annual Church Leadership Conference at and in collaboration with the Kanuga Conference and Retreat Center in Hendersonville, North Carolina. Our goal was a simple one: to encourage sharing and interaction through social media during the conference. In the weeks leading up to the conference we built interest around the hashtag by bringing it to everyone’s attention and making sure all the participants were aware and involved. We used Facebook, Twitter, and Instagram to share the hashtag widely. During the actual conference we were amazed at how people took that hashtag and made it their own. There were posts of learning and thanks, of sharing and inspiration, of old friends and new. That mini campaign brought people and their experiences together – all through just one hashtag.

Once in a while, we hear about a social media campaign that’s so successful it has us all wondering why we didn’t think of it first. This one grew out of a capital campaign for St. Crispin’s Camp and Conference Center in Wewoka, Oklahoma. As part of the campaign, diocesan bishop Ed Konieczny offered a special “thank you” gift to all who donated or pledged $100 or more to Tomorrow's Leaders: the Campaign for St. Crispin's. This “thank you” gift was an 8-inch Bishop Ed bobblehead – complete with the bishop’s traditional vestments and a staff. Already an idea that was equal parts ingenious and adorable, the diocese really took it up a notch by connecting it to a social media campaign. The “Where in the World is #BishopEdBobblehead?” social media campaign was launched and everyone could post their photos of where #BishopEdBobblehead had appeared around the world. People loved this idea! #BishopEdBobblehead appeared at dining tables and altars, with children and adults, indoors and outdoors, doing fun things like playing bingo, hanging out in the snow, and even on a golf course! A successful campaign like this one encourages sharing, engagement and creativity. The campaign has already received over 100 photos that can be viewed in this Facebook album.

Social media campaigns can represent the best of what social media has to offer. A good campaign encourages sharing, gives information freely, builds relationships, and expresses content creatively. While they do take some planning to execute effectively, once a good idea or hashtag is in place, there’s no looking back.

Charis Bhagianathan joined the Episcopal Church Foundation (ECF) in November 2015 as communications coordinator. Before moving to New York, Charis worked at Council for World Mission in Singapore as communications manager and at Dorling Kindersley Publishers in New Delhi as senior editor. At ECF, her focus is on strategic internal and external communications. While Charis has always enjoyed working in marketing and communications, her heart lies in social/new media and writing.

Try This:
New to Instagram? Become familiar with some of the ways churches are using this social media platform. And educate yourself using one or more of the free resources listed below. 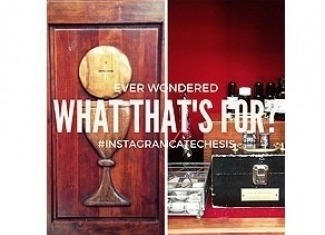