Discernment in the Vestry Process

“I’ll call around to see if we can get someone to be on vestry”.

If you haven’t heard this said in your parish or mission, you’ve certainly thought it if you are in the leadership of your congregation. This sentence reflects the institutional need for succession in your leadership. It also speaks, unfortunately, to the increasing exhaustion in our understanding of congregational leadership. We have forgotten why people are called into the service of leadership in our faith communities and what their purpose is within the life of a parish or mission. The simple answer is: individuals are called by God to leadership and to carrying out the mission of the congregation as God’s leaders.

As a young priest in Western Massachusetts, I was introduced to the practice of discernment as the primary method of choosing leadership in a local congregation. The Rev. Gordon Scruton, soon to be Bishop of Western Mass., coached me to approach leadership succession with a spiritual eye. It was his belief that God was calling every baptized Christian to a godly vocation both within and without the Church. In addition, he modeled for me the truth that the best way to perceive what our godly vocations are and to live into them, was to have each person discern within an accountable and listening community.

This approach found its way into the next cycle of nominations for vestry and wardens in my small parish. A group of leaders, principally the outgoing vestry members and wardens sat together to discern, with disciplined prayer and conversation, the members of our congregation who we felt might have a call to congregational leadership. There were far more people called than there were positions on the vestry. However, all of those who were discerned as having a call were gathered for a day of discussions, prayer, and mutual support. Open conversations about call, talents, dreams and passion for our congregation were shared. There was even disagreement and a bit of disappointment. At the end of the day though, we left our session with excited nominees for warden and the available vestry spots, a number of people who discerned new calls within the parish, and a general sense that God had moved within the walls of what had become a sacred space.

Choosing the right person for the job

Truth be told, I’m not sure that in the 25 years of parish ministry since then I’ve ever experienced such clear discernment in the leadership development processes within my parishes. However, I have used several of the techniques that were used on that day to seek God’s spiritual discernment in subsequent nomination processes. In my previous parish, a corporate size church, we were struggling with finding, within a sprawling community, those who weren’t just the “same old” folks for parish leadership. With the help of a visionary set of wardens, we set up a robust “Discernment Committee”. This group would meet in an ongoing basis not just in the run-up to thennual meeting, but also to carry the task of discernment to all parish leadership. To be sure, the Committee met much more often in the fall to discern vestry and wardens. The learning I received from this effort was that the parish leadership succeeded in succession planning by taking it seriously, and placing the resources necessary to provide deep discernment in the hands of the “discerners”.

To that end, a strong Chair, who was not a past or current vestry member was called upon. He was known as someone who had deep spiritual commitment, was adept at the process, and agreed that a central need of our parish was to seek out people who were beyond the usual suspects to serve in leadership. The make-up of the Committee was a mix of outgoing vestry members and members of the broader community with knowledge of the many ministries in the parish. The Discernment sessions, held for an hour or so between the Sunday services, focused on a balance of prayer and conversation. Grids were used to correlate outgoing vestry members’ gifts and ministries, with a potential new members’ call. The remarkable thing, from my point of view, was that when it came time to call potential new leaders, there were very few who turned down the call. This speaks to the thoroughness of the Discernment Committee and their attention to the spiritual call at the heart of parish/mission leadership. Lastly, the performance of our vestries was exceptional. These were leaders who felt a deep call to spiritual leadership in our community and who believed that they were doing God’s work in the context of our congregation.

Every congregation will and must approach the discernment of its leadership in a different way. The central task of discernment however, is the same in every congregation- we must be faithful in seeking and commissioning God’s leaders as a visible sign of our shared call to transform the world in God’s Name.

The Rev. Bruce A. Freeman is rector of The Parish of St. Matthew in Pacific Palisades, CA. 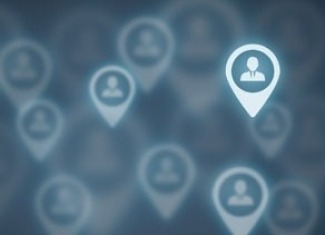