What Does a Rector Do?

It’s a well-worn joke, and not particularly funny, about how many hours a clergyperson works each week. We clergy hear it often, and most of us smile when it comes up, often because it’s a parishioner or someone who’s fairly ‘churched’ saying it, kind of a knowing jab among friends.

I’m asking this question – ‘Just what does a rector do?’ – in part because my own job is about to change. You see, St. George’s, Valley Lee – the congregation I serve – is preparing to enter a more intentional collaborative covenant agreement with our neighbor Episcopal church, Ascension in Lexington Park, Maryland. We’ve researched “rector job description,” but there’s little out there. There are loads of sample Letters of Agreement for rectors, but those are essentially contracts which focus only on time and overall compensation. There are lots of job descriptions for Assistant Rectors or Music Directors, and pretty much every other job in the church today. The closest thing that comes to an actual job description for rectors is found in parish search profiles, but those are never fully grounded in reality, let alone an honest examination of how the community wants this new clergyperson to function and lead. I found only a handful of rector position descriptions, and I’ll gladly share the one which Ascension and St. George’s came up with – based in part on best practices, the Canons, and the ordination liturgies and Catechism in the Book of Common Prayer.

Underneath these missing pieces, however, is a deeper set of issues. Part of the reason there are so few rector position descriptions is because we as a church don’t really know what this job is, nor what it should become. We do know what it has been and the Canons are, as always, an excellent source, codifying past and conventional understandings. “Rectors and Priests-in-Charge and their Duties” is the name of Title III, Canon 9, Section 6 (beginning on page 91 of the 2015 Constitution & Canons of the General Convention) and it’s perfectly clear about the rector’s / priest-in-charge’s role relative to the wider church, the local parish, the specific vestry, the buildings and corporate assets of that parish, and the individual members of the congregation. The rector has “full authority and responsibility” for worship and “the spiritual jurisdiction” of the parish (III.9.6(a).1), “is entitled to the use and control of the Church and Parish buildings” (III.9.6(a).2), announces the bishop’s visit, prepares people for baptism and sacraments of initiation, teaches the faith, instructs parishioners as to proper stewardship of creation as well as the biblical standard of the tithe in their use of time, talent and treasure, maintains the parish register, reads Pastoral Letters from the diocesan bishop or House of Bishops, and, elsewhere in the Canons, is specifically named as the presider of all vestry meetings (I.14.3). While that may seem like an exhaustive list of duties, it’s not much more than an average day, or month, or year in the life of an active clergyperson. The rector, vestry and congregation should certainly know these expectations, but I’m not entirely sure that understanding the power of a rector is the same as focusing her/his ministry, nor will it necessarily translate into more effective mission and ministry.

One challenge is that we’ve centralized and over-clericalized the institutional leadership of the Episcopal Church. I’m not saying we should go ‘back,’ largely because I don’t think we can – not historically, nor theologically, nor culturally. But it should be noted that the primacy of Holy Eucharist in the 1979 Book of Common Prayer and the perceived standard that every parish should have its own residential clergyperson – an innovation which came about with the mid-20th century statistical blip otherwise known as the Baby Boom – has made the office of rector absolutely indispensable to keeping alive the Episcopal Church in most localized communities. Also, the basic function of a rector, in both classical Anglican and recent understandings, is nothing more than to be resident in the parish; hence the reason we only have Letters of Agreement – nothing more than a contract which only measures that person’s time: How much time does he work? How much time does she take off? How much time does he spend in the office? How much time does she spend on other tasks? If we’re only able to determine functions and roles by how well one manages the clock, and if we’re unwilling to call into question the perceived importance that a given rector should be solely dedicated to taking care of the people and assets of the localized church – while the world, outside, is clearly and increasingly oblivious to church matters – we shouldn’t be shocked that our congregations continue to maintain a slow and steady decline. Further, it should be patently obvious, then, that the Episcopal Church can’t simply talk about ‘entrepreneurial leadership’ without fundamentally revising its own ideals (idols?) around the basic, core functions of a rector.

Perhaps another more pressing question is how we might answer this question in the face of a culture which is not at all accustomed to church? How do we define the importance of a full-time residential clergyperson as a response to those who want to know more about Jesus and his Good News? About a community grounded in his life-giving ways? About sustaining the work of justice and formation as we seek to follow Him? Honestly, if we’re successful in doing the work we know we have to do – to reach new people and grow disciples – clergy will spend most time with people who really don’t care, at least not initially, about a lot of the things that keep rectors rectoring – that is, paying attention to the fixed assets and general inheritance of our particular parishes, speaking of them as an institution. Further, I’d be shocked if those newly formed and newly transformed disciples of Christ even get around to asking those questions: “So just what do you do all week? I mean, when you’re not in church doing services.”

It’s an important question – just what does a rector do? The Canons might very well still give the best, shortest answer. A rector is the chief steward and, through her role as servant leader, chief executive officer in making sure that the parish thrives spiritually and physically. I particularly appreciate that the Canons draw together what some might see as opposing foci – focusing on the rector’s functions, Canon III.9.6, for instance, talks about “spiritual jurisdiction” (subparagraph a.1) and in the very next breath “use and control of the Church and Parish buildings” (a.2). In other words, worldly stuff such as money and buildings are fruitless unless they’re offered to God and our community with a spiritual, Gospel purpose. So too, vice versa. Spiritual stuff such as worship and bible study become real when they change the ways we relate to money and our buildings. There is, then, no distinction between the rector’s role in putting together the budget with a finance committee and the rector preaching a funeral sermon.

Another challenge is that the ‘parish,’ as such, long ago lost its sense as a geographic entity, and whenever we use that term we’re really talking about the congregation, the church – in many cases, the four walls. When we could depend culturally on newcomers flocking regularly and consistently into the local ‘parish church’ that was sufficient, but now that that steady stream has begun to dry up we’re not even talking about the vitality of a large, diverse body which represents the neighborhood but, instead, the very existence and sheer viability of a smaller, insider group of established stock-holders. Defining a rector as someone who exists in the parish in order to lead the church is yet one more instance of how tired and, frankly, meaningless our institutional answers have become, or are quickly becoming to an increasingly unrooted and spiritually inquisitive world.

The church needs to do much in order to know and better serve our immediate surrounding communities, but those calls often sound to me like setting a big, audacious, awesome goal – and ignoring any strategy or honest assessment of what’s standing in the way. For me, this very question – what does a rector do? – is one important first step toward growing our congregations and thriving as missionaries in our immediate surrounding communities. And that is why I feel so passionately that we must revise and, as necessary, challenge those ideals (idols?) that lurk within.

It’s hard enough to do when we’re trying to pay attention to the core functions of one particular congregation. It’s actually easier when we ‘call the question’, such as what Ascension, Lexington Park and St. George’s, Valley Lee are doing in calling me to be one rector of two congregations, calling the question about whether and for what purpose a particular congregation needs and deserves to have its own full-time, or even part-time residential clergyperson. Once that question is called, everything is finally, once again, on the table. It’s for this reason, among others, that I am personally and vocationally excited about the new venture between St. George’s, Valley Lee and Church of the Ascension in Lexington Park, a collaborative process which has been supported throughout by our Diocese of Washington. We don’t have everything figured out, and probably never will, but we are asking a very critical first question: Just what does a rector do?

Greg Syler is the rector of St. George's Episcopal Church in Valley Lee, Maryland, the oldest continuous Anglican parish in Maryland and, today, a vibrant, historic congregation in the Diocese of Washington. Greg has served on Diocesan Council, convenes the Region 6 Clericus, is a member of the Southern Maryland Steering Committee, and a leader in collaborative Episcopal ministries in southern Maryland. He also helped envision and create and, together with others, runs Camp EDOW -- the diocese's first ever summer camp for kids and youth.Greg Syler


Called to Work Together, a Handbook on Letters of Agreement for Clergy and Congregations - Loren Mea 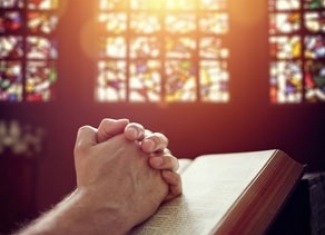