Four Steps to Maintain and Increase Your Endowment

This post was updated in February 2022 to reflect current information about Endowments. ECF’s Endowment Management program covers the complete spectrum of endowment needs from starting an endowment fund and updating endowment policies, to investing prudently and spending wisely. For more information, click here.

If you are using income from your endowment and investments to support the operating budget of your church, there is a good chance you are taking more from them every year than is sustainable over the long term. There are two reasons generally that investments come to be overspent.

Say a congregation with $2 million invested in an appropriately diversified portfolio is using a prudent 4 percent spending policy or draw, or $80,000, and putting it into the operating budget, and, like most congregations, they are not funding a capital reserve fund.

The market declines for two years, and the portfolio loses 25 percent of its value. Now the investments are worth about $1.5 million. The 4 percent draw produces only $60,000. Rather than cut the budget, the vestry decides to continue to draw $80,000. Actually, they decide to draw $120,000 because of an unexpected building repair. Drawing out $80,000 from $2 million is a sustainable four percent. Taking $120,000 from $1.5 million is an unsustainable 8 percent.

The vestry promises themselves that the extra $40,000 is a one-time borrowing and that they will pay it back, but the next year they need to replace some expensive valves and piping in the boiler system. They continue to draw $80,000 into the operating budget, and they take out $30,000 for the heating system work.

That’s it. The habit is fully formed. Every year thereafter there will be what appear to be compelling reasons to continue to take too much from the investments. Without a change in leadership that congregation will almost certainly continue to overdraw the investments until they are depleted. It is very difficult to stop overspending investments. Overspending will only reinforce, not reverse, the lack of vision that led to the decision to overspend in the first place.

Let’s say you are that new leader who can make a change in this pattern. You must do several things simultaneously. First, you must begin to communicate how important it is for the future of the congregation to stop overspending. Second, you must be the voice that puts a constant brake on spending until existing revenue streams have been increased or new income streams found. Third, you must increase and find those sources of revenue. Here are four steps to help you achieve these goals.

It does not matter whether you are taking money out for operating or capital purposes. If you need money for capital purposes, don’t invade the principal of the investments. Run a capital campaign instead. What was your emotional reaction just now when I suggested a capital campaign? If you felt a negative surge that felt like, “Oh, we can’t do that,” or “That sounds like a lot of work,” you are right to identify it won’t be easy and will need to do some work to be an effective leader in your congregation. If you felt some enthusiasm and something like shackles coming undone, you are the kind of leader who can help your congregation get its investment spending under control.

2. Second, start ratcheting down the percentage to get to a sustainable draw. If what you are taking out now works out to 9 percent of the three-year average, then reduce your draw every year by 1 percent, or at least by one-half of one percent. For example, if the amount you are withdrawing this year comes to 9 percent, make next year’s draw 8 or 8.5 percent. When you are making the budget for the next year, recalculate the trailing average and multiply it by 8 percent. That is all the income that is going to come from the investments for any purpose whatsoever. Make the budget work with that number. In the immediate term that may mean cutting spending while you work to develop other sources of revenue--increased individual giving, space use income, and fundraising events.

3. This means that the third step is to get people to think of the investment draw as one more limited income stream. Every other source of revenue in your budget is limited in terms of what it can reasonably be expected to produce right now. You know you cannot just raise any one of the other sources of income you have to what it takes to balance your budget. You can’t say, “Well, we’ll just budget $50,000 more in pledges next year.” The investments will not protest, as would your members or your tenants, if you take far more from them than they can or want to pay. That discipline has to come from you. That is why it is so difficult.

There will be people who, for various reasons, simply will not understand why you are trying to get the draw down to a sustainable level. They will say, “Well, we need to fix the gutters,” or “We need a full-time sexton.” Right. The buildings need to be tended to, and the congregation needs an appropriate level of staffing. When people say this, it means their thinking is limited to the short-term; they can think of getting the money these things require only from the investments. The point is to get people to think about other places to get the money. Maybe you need a capital campaign for the building work. Maybe there’s a way of producing additional revenue from the buildings that will pay for the staffing.

4. So the fourth thing you need to do--and it is a very difficult indeed--is to get people to think about where they would get the money the congregation needs if they didn’t have the investments. Where would people get the money to fix the gutters or employ a full-time sexton if there were no endowment? This will lead you to look more closely at other possible sources of income.

There are no magic bullets here. This is a hard slog. The longer the congregation has been overspending the investments, the greater the resistance will be to getting control of the situation. Through all of the difficulties you will encounter in getting the investment draw to a sustainable level, you will have to remember that you are doing something that is tough in the short run but necessary for long-term health of the institution, and something for which your successors will be very grateful. And I hope that will be satisfaction enough. If you have any questions about endowments and creating a spending policy, please contact Josh Anderson, Associate Program Director of ECF’s Endowment Management Program.

Jerry Keucher, an Episcopal priest, is the author of Remember the Future: Financial Leadership and Asset Management for Congregations (2006) and Back from the Dead: The Book of Congregational Growth (2012). He serves as priest-in-charge at St. Mary’s Episcopal Church in Brooklyn, New York, and works with ECF as a consultant. Jerry has served as chief of finance and operations for the Episcopal Diocese of New York. He has held similar positions in financial leadership, including Staten Island Botanical Garden and Staten Island Institute of Arts and Sciences. A gifted linguist he has taught Greek and Hebrew at Princeton Theological Seminary and Yale Divinity School.
The Episcopal Church Foundation (ECF) has received a three-year grant as part of Lilly Endowment’s National Initiative to Address the Economic Challenges Facing Pastoral Leaders. ECF’s grant entitled “From Economic Challenges to Transformational Opportunities” will provide lay and clergy leaders of the Episcopal Church with resources, tools and other support to help address the financial and leadership challenges of congregational ministry in the 21st century. 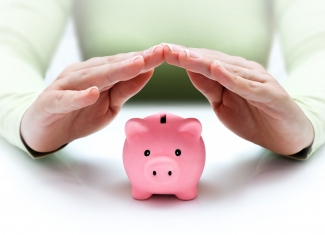