Healthy endowments play a significant role in the long-term stability of a church. Part of the stewardship responsibility of a vestry, therefore, is to understand the rules associated with the proper administration of endowment funds. A poorly administered endowment program will not only have a chilling effect on future contributions from existing endowment donors, but will also discourage other donors from establishing future endowment funds. A well administered endowment program should have the opposite effect, resulting in larger, more frequent gifts.

What is an endowment?
Although we tend to speak of an endowment as a single fund, it usually consists of several, sometimes hundreds of, different funds. The majority of these are subject to restrictions on their usage that donors impose and with which the church is legally obligated to comply. By definition, all endowments are subject to the restriction that only a portion of the endowment may be expended annually. In addition, many endowment funds require that the expended funds be used for specified purposes, such as religious education, choir, flowers, etc.

In addition, in some states the donor has legal standing to enforce the terms of a restricted gift. Most states, however, limit the ability to sue to the state attorney general.

State statutory law of charitable endowments is governed in virtually all states by either the Uniform Management of Institutional Funds Act (UMIFA) or the more recent Uniform Prudent Management of Institutional Funds Act (UPMIFA). UMIFA and UPMIFA set forth the legal requirements for the administration of charitable endowments, including investment standards, spending limitations, and the process for releasing donor restrictions.

Whichever statute has been adopted in your state should act as your primary guideline for the proper administration of your church endowment. Ignoring the relevant state statute is a recipe for disaster.

What is the proper way to invest endowment assets?
Both UMIFA and UPMIFA statutes require that investments must be handled as a prudent investor would handle the investments. Assets should be diversified (don’t put all eggs in one basket); and unless the donors have put restrictions on how the funds may be invested, there should be proper asset allocation based upon the
spending goals of the endowment. The investments should be monitored on a regular basis.

If the attorney general or a donor were to sue for mismanagement of the endowment’s investments, it would be the professional investment manager that would be liable, not the vestry.

How does the church determine how much may be spent each year?
Many charities have a spending policy which states that a certain percentage (say 5 percent) of the endowment may be expended each year. Although this seems prudent, it actually may be in violation of relevant state law. UMIFA, enacted in 1972, initiated the concept of total return expenditure for endowment purposes, expressly permitting prudent expenditure of both capital appreciation and income and replacing the old trust law concept that only income (that is to say, interest and dividends) could be spent.

Thus, in states that have adopted UMIFA, both asset growth and income can be appropriated for program purposes, subject to the rule that a fund cannot, under any circumstances, be spent below the “historic dollar value,” defined under UMIFA as the amount contributed by the donor.

UPMIFA also permits the expenditure of appreciation, but eliminates the concept of “historic dollar value”. UPMIFA states that a charity may appropriate for expenditure so much of an endowment as the charity determines to be prudent for the uses, benefits, purposes and duration for which the endowment fund has been created.

Under UPMIFA, there is no floor on spending because there is no historic dollar amount requirement. As a result, UPMIFA permits assets in an underwater endowment fund to be spent if the expenditure is prudent. Unfortunately many state attorney generals and the Financial Accounting Standards Board don’t agree with UPMIFA and still seem to require protection of the historic dollar amount.

Until this issue is resolved, even in states that have adapted UPMIFA, a church should avoid spending assets in an underwater endowment fund until the assets increase above the amount the donor contributed. 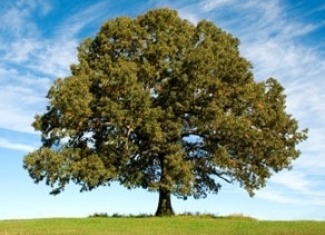