God bless the missionaries in our congregations. They are the do-ers. At most churches, almost everyone jumps in for some mission service – bringing food for the pantry, serving as acolytes, ushers, choir members, etc.

Sometimes our missionaries get spread very thin. Sometimes so many people are doing so many things that it’s difficult to perceive the fruits of their labors. One to three people may run a great ministry, but it is viewed as “theirs” and few others join or are aware. This can lead to burn-out in the core group, who may become resentful that others don’t share in the work.

That’s when visionaries can inspire renewal. Before you say, “Oh, we don’t have any of those,” let’s examine what vision really is, and its power.

A dream for the future

When Dr. Martin Luther King, Jr. rallied 250,000 people to Washington, D.C. for the March for Jobs and Freedom in 1963, he described his dream for America. His 17 minute speech never called for new federal legislation.

What Dr. King described was a dream that…“my four little children will one day live in a nation where they will not be judged by the color of their skin but by the content of their character.”

Dr. King painted pictures of what the impact of the mission of the civil rights movement could be. Within two years of Dr. King's speech, several federal acts created sweeping reform. Dr. King’s ability to describe a vision finally got hearts and minds to work together for change.

Vision describes the desired impact of your mission. In congregations, vision is often born from identifying gifts for ministry.

Six years ago, the Episcopal faith community of St. Paul’s, New Albany, Indiana, explored the gifts of its people and what God was calling them to do with those gifts. Several people had a passion for the arts – many were artists themselves. They envisioned the arts as central to their ministry. The vision grew to be an extraordinary arts outreach that blesses their downtown and generates funding to support their feeding ministry.

The power of visioning

It was a large estate gift several years ago that prompted the congregation of Trinity Logansport, Diocese of Northern Indiana, to start thinking about future impact. With an identified desire to serve and to preserve their ministry home, Trinity’s missionaries became visionaries, directing that half of the fund’s annual proceeds would support outreach ministry and half would go to building maintenance. They deposited the gift at the local community foundation which at the time matched the investment dollar for dollar. But if you conclude that thatis how Trinity Logansport “affords” its ministries, you are not realizing the full power of vision.

Rector Clark Miller explains, “When we started looking outside our walls, we started to grow. When you start giving things, things come back to you. The people of Trinity give willingly of their money and time. People don’t say, ‘let the endowment take care of it’ – they jump in to help.”

This congregation with average Sunday attendance of 65 supports an annual school backpack project which distributes 750+ backpacks filled with all the supplies students need. Other congregations in Logansport have caught the vision, rejoicing in the impact of backpack ministry.

Without an expressed, shared vision for the impact of ministries, the people of a congregation can wander aimlessly, missing opportunities for impact that God has gifted them to achieve.
Even in a small parish where it’s “all hands-on-deck” to provide ministry, the vestry has a very important big picture role to provide the vision towards which all operations are heading. Articulating a vision is one of the most strategic leadership actions a vestry can take.

And don’t stop there. Refer to the vision when making important decisions, especially when crafting the budget and annual programs. Affirm that decisions about using talents and treasures are leading toward the vision, not drifting in a different direction.

Sometimes vestry members outright refuse to spend time “visioning” because they think it’s light and fluffy, and they have really important issues and crises to think about right now, and they don’t have time to sit around and think moonbeam thoughts so let’s just set some goals and ask people to give more in annual stewardship. Whew!

Strategic visioning calls us to take a deep breath and think beyond the daily routine’s worries and burning fires. It offers the opportunity to listen deeply as people of the congregation describe what they love to do with their gifts, and what they truly want to share with others.

When the listening is done, describe the desired impact of the church’s ministries, or of your existence or presence in your community, or the world. What will be different? Think beyond, “the pews will be filled.” Describe how lives will be changed, how hearts will be mended, how Jesus Christ will be known and glorified. As visionaries, the pictures you paint with words will inspire many missionaries to jump in to help make the vision come true.

Linda Buskirk is a capital campaign and strategic solutions consultant for the Episcopal Church Foundation. She brings to ECF diverse experience as a consultant to social-profit agencies, specializing in board governance and strategic development. Linda has a masters degree in public affairs from Indiana University. She lives in Fort Wayne, Indiana, where she and husband Ron are members of Trinity Episcopal Church. She is a graduate of the Congregational Development Institute of the Diocese of Northern Indiana. Linda serves her parish and diocese in many capacities, including roles in stewardship and communications ministries. 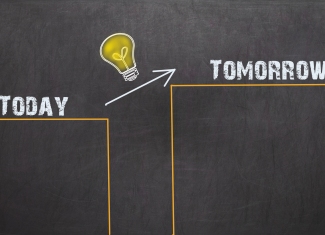