The Process of Creating a Mission/Vision Statement

Representing St. Philip’s Church Boot Camp Leadership Team from the Episcopal Diocese of New York, we all attended the Episcopal Church Foundation’s (ECF) pilot “Boot Camp” in Baltimore, MD in October 2016. This Boot Camp, part of ECF’s Lilly Endowment National Initiative to address the economic challenges facing pastoral leaders, is designed for newer clergy and their lay leaders to provide training and planning on how to collectively meet the financial and leadership challenges of congregational ministry in the 21st century.

This two-day, in-person event was inspiring and spiritually uplifting. Boot Camp generated great camaraderie among fellow Episcopalians; there was a shared focus on challenges and how we can benefit from best practices.

Prior to Boot Camp, our pre-work identified three essential facts about St. Philip’s Church on a storyboard, as follows: 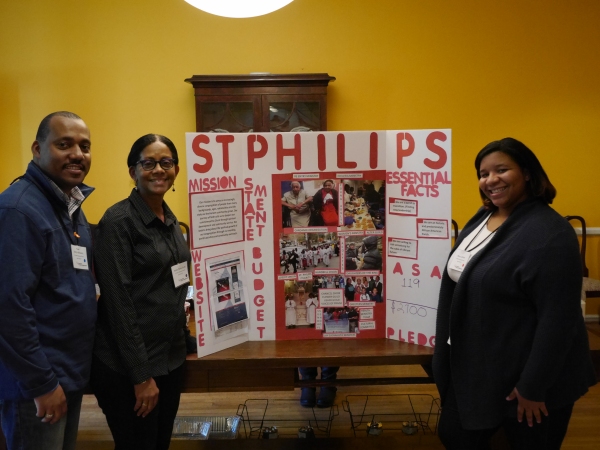 Our Next Steps Priority

Upon returning from Boot Camp, our priority was to redefine St. Philip’s Mission and Vision statements.

Our first step at the November vestry meeting was to present a summary of the Boot Camp learnings and share what we identified as the priority for St. Philip’s. The vestry was responsive to our priority, and at the December vestry meeting, decided to work in collaboration with the congregation to develop an updated Mission and Vision statement, that reflected our priorities.

Initially, we thought we could present the redefined Mission and Vision statements at our Annual meeting in January 2017. This timeframe, however, presented a challenge as the holidays were upon us, and we wanted the entire congregation to participate.

A critical component of the Boot Camp process is the individual coaching our rector received. Each Boot Camp rector is assigned a certified, professional coach to help with any issues that may arise during plan implementation. The six months of coaching, twice per month of hour-long sessions, were invaluable. The coaching inspired critical thinking and our rector learned to ask relevant questions that kept us focused and moved us towards progress. Questions included:

We realized a big challenge would be to reach out again to the parishioners to get their input. The team agreed the congregation was already overwhelmed by questionnaires and surveys as we had recently conducted another congregational development program’s surveys, as well as questionnaires on our rector Search. We thought it would be best to analyze the results of those surveys, and based on the core findings, we developed the following broad themes:

Based on the themes, we reached out to key persons to have guided conversations with a parish focus group. We were committed to working with the congregation to develop the Mission and Vision statements. Based on feedback from the ECF Post-Boot Camp webinars, and findings from the surveys and questionnaires, the team created outlines for the Mission and Vision of St. Philip’s.

Next, we identified the members of the parish focus group from chairs/co-chairs of existing ministries, as well as persons not belonging to a “particular” group. The goal was to have a wide cross-section of the congregation based on age and gender.

Our rector, with guidance from his coach, sent an invitation letter to the persons selected to serve on the focus group to solicit their insights and thoughts to develop new Mission and Vision statements.

In early April 2017, the focus group reviewed the statements providing critical input and suggestions, and then our team added their input to the statements.

The two versions of the statements were placed on a board with stickers for the congregation to choose. The preferred version was presented at the May 2017 vestry meeting. The team then held a final meeting to work on the rollout of the new statements on Pentecost Sunday 2017 (the birthday of St. Philip’s Church).

We wanted the rollout to be a festive, memorable occasion, so it was listed in the Announcements in the church bulletin the week prior the rollout.

For the rollout, we planned and produced the following:

Our rector search committee has incorporated the new statements into the parish profile package received by all candidates.

ECF’s Boot Camp provided the tools, resources and expertise to learn how to lead our rector and congregation through the Mission and Vision statement process and the experience has been inspirational and rewarding.

Here is the final Mission and Vision statement:

The Mission of St. Philip’s Church is:
To be a welcoming and vibrant intergenerational community of faith, focused on sharing the Gospel of Jesus Christ through joyful worship and love, commitment to spiritual growth, and active service in the community.

St. Philip’s Church, a historic Episcopal church located in East Harlem, was founded in 1809, and is the oldest black Episcopal parish in New York City.

The Episcopal Church Foundation (ECF) has received a three-year grant as part of Lilly Endowment’s National Initiative to Address the Economic Challenges Facing Pastoral Leaders. ECF’s grant entitled “From Economic Challenges to Transformational Opportunities” will provide lay and clergy leaders of the Episcopal Church with resources, tools and other support to help address the financial and leadership challenges of congregational ministry in the 21st century. This article was made possible by the Lilly Endowment grant. For more information on ECF’s Lilly Endowment Initiative go to www.episcopalfoundation.org. 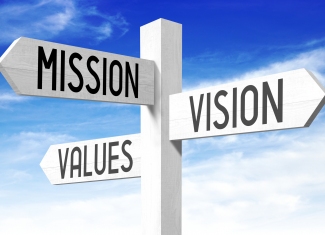