Swimming naked, you say? How is that like using endowment income for operating needs? Answer: No one notices ‘til the tide goes out.

For those churches that have been using their endowment income to balance the operating budget, 2008 is a year they would rather forget.

The S&P 500 was down 37 percent for 2008 with most other indexes far worse. So if now is the time you need to draw down cash to spend in your operating budget, you are locking in your losses and selling at the worst possible time. Using the endowment fund to plug holes in the annual budget is like using your home equity to pay for a vacation.

A sure sign of trouble is when the vestry requires an infusion from the unrestricted endowment to make ends meet in the annual operating budget. Case in point: a small church had set aside some $300,000 in an endowment fund and invested it through the Episcopal Church Foundation. In 2006 Vestry Members began to make monthly draws on the account to meet expenses. The fund returned nearly 10 percent that year, yet they drew down 23 percent. In 2007 the fund returned about 7 percent; their draw was 30 percent. In 2008, one of the worst years for the stock market since the Great Depression, their return was -11.4 percent; their draw: 41 percent. For 2009 they asked to double their monthly draw.

At best, we told a member of the vestry who called to express his concern, you have less than a year’s worth of draws until the fund is depleted. Then what? He said he knew they were spending well beyond their means, yet no one wanted to face reality. You could buy yourself another year by halving the draw and addressing the problem, we said — increasing annual stewardship and reducing expenses. Or the congregation will have a sudden and rude awakening before the New Year is over.

People who give to endowments expect them to be around for awhile. If you drain the endowment for current operating needs, the chance of receiving the next legacy gift is severely diminished. Spending rules which protect the principal need to be in place and applied assiduously.

Also, churches need to distinguish between shorter-term operating reserves (to be invested conservatively) and longer-term endowment funds (with an infinite time horizon) that have time to recover from market downturns. When you mix the two or tap the endowment for current operating needs, you are setting yourself up for trouble.

7 Questions to Ask Now About Your Endowment 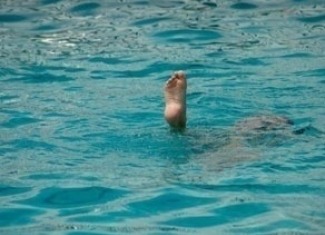