What About Endowment Spending Policies?

There are two basic ways of distributing money from your endowment fund: an “income-only” policy, or a “total return” policy.

In the “income only” policy the vestry spends only the money earned on debt (interest) or received as dividends. In the “total return” policy, the vestry considers both the income earned and capital appreciation of the investments, thus “total.”

Using the “total return” policy the vestry will also need to establish a “spending rule”, which is usually stated as a fixed percentage of an average net asset value of the funds held. The current average percentage selected by most churches is between 4 and 5 percent. It is usually applied to a rolling three-year average value of the endowment fund taken at the end of the previous twelve quarters. If you are just starting the fund, you could apply the percentage to 90 percent of the value of the fund in the first year or use some other formula.

By restricting the spending to a fixed percentage, and applying it to a rolling average value of the fund, the “total return” policy should capture the ups and downs of the market (in terms of appreciation/ depreciation) and over time thereby not invade principal.

If you use an “income only” policy, you may be inclined to invest in more fixed income investments so as to generate more “income” and miss out on capital appreciation. Or, if you enjoy significant capital appreciation but relatively little income generation, you will begin to see the value of the fund grow, but will not see much growth in the money available for expenditure.

One advantage of using the “total return” policy is that you are able to spend both the income received and some of the capital appreciation. The discipline of setting an annual spending rule, in light of current market conditions, helps to preserve the principal.

Another important consideration in setting the percentage of the draw, or in using the income earned, is the effect of inflation. For example, if you set an annual draw of 5 percent and experience 3 percent inflation, you will need to achieve a total return of 8 percent in order to stay even in spending power of the endowment. On the other hand, if you use fixed income investments only, such as a certificate of deposit, and spend the income earned, you will deplete the spending power of your endowment by the rate of inflation. 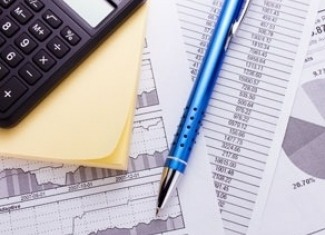