Learning To Be the People of God—In Two Languages

When I was 18 years old, I was invited to be part of the vestry. At that time, we had an English-speaking congregation and a Spanish-speaking congregation. I quickly realized that I had been invited only because I was one of the fully bilingual people in my church. I would have liked to have known the Episcopal Church and the role of the vestry better. Today there are more churches with mixed vestries (English/Spanish). And, thank God, there are many resources. I asked a few people with experience on mixed vestries to name some issues they faced and describe what has been helpful.

Building relationships across cultures is key

In some congregations, English speakers seem to be more engaged and arrive at vestry meetings on time. Latinos do not always arrive on time, and sometimes forget they have meetings and miss them. In other churches, the English-speaking members are elderly, and it is the Latinos, who are more dedicated, active and involved. Sometimes Latinos cannot attend meetings because they work at night, have small children or have no way to get to the church.

Most congregations find that a mixed vestry is very difficult at first. The English-speakers—even those who were not opposed to including Latinos—are used to controlling the meetings, making decisions and doing things as they’ve always been done. But, as the Rev. Dr. Miguel Rosada of St. Luke’s in Jacksonville, Florida, says, “When we get involved in prayer, humor and friendship, it can be a great blessing.” The Rev. Bill Laucher of St. Alban’s in Houston, Texas, agrees. He says the most important thing is to take the time to get to know each other better, especially when you are an Anglo priest serving in a Latino community. He suggests that the vestry have a retreat where they can spend the first few hours sharing personal stories, so they can see that even though they are from different cultures, they are people and have much in common.

The Rev. Martir Vasquez of St. Andrew’s in Glendale, Arizona, says that in his more than 12 years of bilingual meetings, vestry members found that translating the minutes and agenda was best for the development of the meeting—even though meetings ran longer. Every four months, his vestry does not have a business meeting. They have a Bible study instead, and it is more interactive. “To practice tolerance and patience,” he writes, “the current vestry has representation from three cultures: Anglo, Hispanic and Navajo. A member who is not bilingual sits with a person who translates simultaneously.”

The Rev. John Rawlinson says that his vestry meetings and minutes have been bilingual since the church’s first mixed vestry. If it is done in one language, it is done in both, is their firm policy. “We are the people of God, in two languages” is their mantra. In the beginning, he often had to raise his hand and say, “Pause, translation” in English or Spanish. Little by little, translation became normal, as the English speakers learned that their Hispanic members had good ideas and useful experiences that could serve the entire congregation.

Karen Phillips Cassedy, Senior Warden at St. Matthew’s/San Mateo in Hyattsville, Maryland, explains that her vestry has been bilingual since 2011, when the church joined with a Spanish-speaking congregation. Although Cassedy is not bilingual, she observes people during meetings to see that everyone understands. She says when somebody doesn’t understand, they stop and translate discussions into both languages, ​​so the whole board is clear about the conversation. “Although it takes more time, it is worth it,” she says. “The rewards of having a bilingual board are great. We can get to know each other thoroughly and feel like a community when we work together.”

Mildred Briones Reyes used to attend St. Matthew’s/San Mateo, and her mother serves on its vestry. She explains that the church’s bylaws had to be rewritten to be inclusive, because they did not have a model to follow. With a warden representing each of the church’s two congregations, it is very important that they work well together. It’s been a learning opportunity for the congregation’s Latino community, who now ask questions or request that something to be repeated, when they do not understand what has been said.

Encouragement and good advice from leaders in congregations with mixed vestries

The Rev. Juan Monge of All Saint’s in Lakewood, New Jersey, says that to have a bilingual vestry you have to: be patient, remain open to new things, never stop learning or teaching and, above all, pray without ceasing—before, during and after each meeting. He says that a pastor never ceases to be a teacher and has to keep his or her eyes and heart open to the needs of the congregation. “I’m always attentive to the issues that can hurt us,” he says, “and I look for resources and tools that can teach us ways to overcome them.”

Almost all the people I heard from shared these recommendations:

Sandra Montes is ECF’s Spanish Language Resources Consultant. She serves the Church as musician, translator, speaker, consultant and writer. Sandra taught for 21 years in public education and has a doctorate in education. 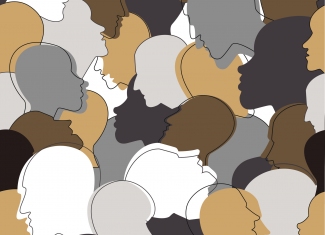