Transitioning to a Network of Missional Communities

In 2012, after 33 years of full-time ministry, I retired and began taking my clergy pension. I was not ready to completely stop parish ministry, but I liked the idea of no longer working full-time, and my wife and I wanted to move closer to both of our families. In the winter of 2013, I was called as half-time vicar of St. Francis, Manakin Sabot, in the Diocese of Virginia. The position filled both of my goals – to work half-time and to be closer to our families.

St. Francis at that time was 12 years old. The congregation had peaked at around 90 and then fallen back to 40 members after some conflict and the move to a small ranch house renovated for worship. After about a year of getting to know one another we set our minds on coming up with a new long-range plan.

The plan the congregation had adopted during the search phase included becoming a very large parish with multiple staff and a substantial building. A theme I kept hearing from parishioners, however, was that they loved being a church of around 40 people. So I challenged the vestry with this question, “If you love being a church of 40, why did you plan to become something you do not want to be?” It turned out, they thought it was expected that all churches would grow to become large.

I told them they were faithful in the planning process during the search. I also told them that they were completely right about 40 people being a good size, that it was, in fact, the perfect size. Then I gave them a further challenge: “Let’s grow by multiplying groups of 40 as often as we can.”

A different kind of church

They agreed to go in that direction, and now the challenge was on me as well as the congregation. Multiplying groups of forty, or missional communities as some call them, was going to be new to all of us. I knew enough to know it would be a different kind of church than any of us were used to. It would take an emphasis on discipleship instead of attendance, developing leaders instead of managing volunteers, building missional communities instead of programs, and learning to multiply ministries and groups instead of adding people to what we already have. We started walking down a very different and challenging path, and we are still on that path today.

We have developed three missional communities since 2013. Each has its own mission focus and arranges worship, fellowship and outreach around that focus.

Growth in discipleship and mission

Each group has seen a deepening of the discipleship of its members. The ministry of these groups has broadened the influence of St. Francis in our community far beyond what it was before. Each has its specific challenges. Each faces the challenge of how to multiply by developing new leaders.

One of the most powerful dynamics in becoming disciples in this work is paying attention to the mission focus. When a group is committed to reaching and serving a certain group of people, a neighborhood or an affinity group, and its members organize as a group to equip one another for that mission focus, each will grow as a disciple of Jesus. It is my task as the vicar to keep equipping the leaders to live a life of discipleship so that they, in turn, can encourage and equip their group members to likewise live a life of discipleship, pursuing the mission that God has given them.

It’s a challenging way to “do church.” It’s also very fulfilling. I am thankful to God that I can pursue this kind of ministry in these final years of parish leadership.

The Rev. Dr. John F. Maher, Jr. is vicar of St. Francis, Manakin Sabot, in the Diocese of Virginia. He has been married to his wife, Carol, for 44 years. She has been a public school art teacher, a pastoral counselor and conference director. They have two children and one grandchild. 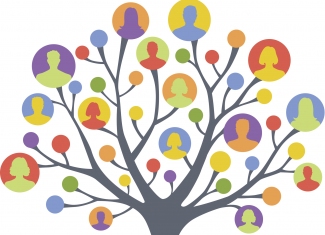