September 2019
Mobilizing our Assets for Mission

There’s a special kind of thrill in witnessing the discovery of hidden, unexpected treasure, even if the loot doesn’t belong to you. Look at what PBS has done with those “big reveal” moments on Antiques Roadshow. That horrid old vase inherited from Grandma is worth hundreds of thousands of dollars! Just imagine what you could do with that kind of money! And she bought it at a junk store! A thrill for the viewers as much as for the owner and the appraiser.

With consistent pledging increasingly uncertain, and with the growing emphasis on putting church assets toward serving the larger community, increasing numbers of Episcopal churches are beginning to ferret out their underutilized assets. And they’re discovering that they, too, may have treasures hiding in plain sight. Congregations become encouraged and energized to learn that they have untapped resources, often overlooked for decades, that can both improve the church’s financial position and better serve the surrounding community.

Dean René John was called to Trinity Cathedral in Trenton, New Jersey, in 2007. Several years ago, the cathedral’s leaders raised the question: Looking at all our assets, might there be some we’re not using, and could we convert those unused assets into more useful resources? The cathedral’s 40,000 square foot physical plant was requiring more and more of the budget. 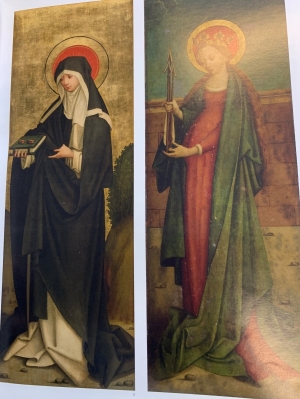 At the instigation of Georgia Koenig, a much-respected lay leader, the cathedral invited a long-time member who worked for Sotheby’s to walk through the cathedral along with its lay leaders and the dean. He spotted nothing especially remarkable, until two paintings at the back of the church in unceremonial frames caught his eye (photo courtesy of Trinity Cathedral, Trenton NJ). “I think we could get $60,000 to $70,000 for each of those,” he said, to everyone’s astonishment. Making good on their promise to keep the congregation informed at every step, the vestry moved through a process of voting to have the paintings appraised and ultimately sold at Sotheby’s. The pair brought a total of nearly $200,000. The proceeds created an endowed “arts fund,” so named as a reminder of the source of the money. The return from that investment is used to fund the cathedral’s outreach projects and to balance the budget, especially helping with the vast maintenance needs.

As a part of the cathedral’s agreement with Sotheby’s, the church received digital prints of the two paintings, which were hung where the originals had been placed. John chuckles telling the story of one of his parishioners, who saw the prints hanging at the back of the church and asked him, “What happened? Did the deal fall through?” She was unable to tell that she was looking at prints, not the originals.

This happy outcome fell into place only after many conversations and a months-long process of detailing every step to the congregation at large. Similarly, Trinity Church in Stoughton, Massachusetts, undertook a long process of fact-finding, listening, discernment, information-sharing and careful planning in order to turn a potential liability into a much-needed asset.

Harry Walton, rector at Trinity Stoughton since 2014, recognized that real estate all around the community was becoming prime property. After a ten-year period of congregational dissent and talk of closing early in the 2000’s, Trinity had rebounded. The church’s leaders were looking carefully at how they might make the most of their assets. The rectory had been rented as a residence for many years, but the below-market rate failed to cover needed repairs and there was much deferred maintenance. Thinking, “We don’t want to be a slumlord,” Walton feared the rectory property might possibly bankrupt the parish, if events unfolded badly. 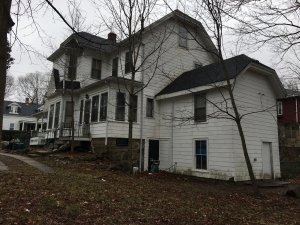 Adam Dawkins, senior warden from 2016 to early 2019, urged the congregation to take an inventory of its assets, “to see what is advancing our mission and what is not.” He shared Walton’s concern over potential liabilities, as well. A member of the congregation, a realtor, believed that the time was right to sell the rectory (photo courtesy of Trinity, Stoughton, MA). While the rent from the home supplemented the parish’s operating budget, a careful analysis of actual costs associated with the property was not favorable. The vestry’s ultimate vote to sell the rectory was greeted with applause from the congregation.

After an extended legal process to evict their tenants, the congregation spent two major workdays painting and fixing up the property. The rectory was sold to a couple who are dedicated to reviving its former glory, and the sale proceeds created an endowment. The four percent quarterly draw on the endowment fund generates slightly less than the rental profits but without the maintenance headaches. “And,” Dawkin adds, “stewardship has increased dramatically. We were very, very deliberate about every step of the way” – engaging the congregation, creating an endowment, and ensuring that the endowment would be treated as an investment. “I think the whole process increased our understanding about the intricacies of parish finance. Now, with an endowment, we’re having conversations about planned giving and legacy giving.”

Another congregation that Walton pastors, Trinity Canton, recently renewed an existing cell-tower lease on their property. With the increase in cellular traffic since the original lease was signed some 20 years ago, the senior warden negotiated a 25-year term along with a sizeable up-front payment.

What are our communities asking for?

Starting about seven years ago, with the arrival of new rector Michelle (Chellie) White, Christ Episcopal Church (CEC), Teaneck, New Jersey, began to examine their vast, underutilized facility. They saw potential for connecting with their neighborhood, which struggles with food insecurity and under-resourced schools. White remarked, “They don’t come to us – so we need to go out and get them. People must know that God loves them.” The congregation started with supplying snack packs and warm clothes to address children’s needs, along with sponsoring family-oriented events and community meals. Those services and the love that parishioners demonstrated for their neighbors, began to build CEC’s reputation for helping. And White worked to build relationships with the school superintendent, local religious leaders and other non-profits that were willing to raise funds and offer resources to the children.

About two years ago, a New Jersey initiative called on state agencies to link with nonprofits as partners. The initiative resulted in a $200,000 state grant to the school district, and CEC’s 3,000 square foot undercroft was remodeled to house a public preschool. The renovations included new lights, flooring, doors and internet installation. The preschool is now beginning its second year of operation at CEC. While the church charges below market rates to the school and other tenants, that income plus donations fills gaps in the budget and enables more outreach.

CEC makes a concentrated effort to put other underutilized spaces to work. A chapel has become home for a Spanish congregation, a play yard was built by a charitable donation and a “start-up church” meets in a Sunday school classroom. CEC is partnering with a local theatre group to start a children’s theatre program. “We just keep asking,” White explains. “CEC has become the mouthpiece for the needs of the community. We have credibility because we serve.”

Dean Nathan LeRud, who serves at Trinity Cathedral in Portland, Oregon, sees putting church spaces to work in service of the community as an imperative. The cathedral has been intentional over the last few years about diversifying its income streams. “We had been increasing our annual giving campaign by a slight amount every year, and we had a sense that we were growing. The budget was growing, too, and at a rate that that was going to outpace where we thought our giving was going to be. So we knew we were heading for a cliff. We didn’t know when it was going to hit us, and we didn’t know how big it would be.”

With number-crunching help from a congregation member who was a Nike executive, the vestry learned that cliff was likely to hit “like next year.” That analysis increased LeRud’s conviction that Trinity was overly dependent on annual giving, which accounted for about 60 percent of revenue when LeRud became acting dean in 2014. He likes to imagine the possibility of Trinity’s income in another 20 years coming from three about-equal sources: annual giving, endowment/development income and charges for facility use.

To shift the income-stream in that direction, LeRud explained that the vestry has embraced the process of examining two specific questions:

A discernment task force is charged with examining each possible income stream and reporting on potential income, as well as positives and negatives for the congregation. Increased use of the spaces has required implementing reservation policies and developing security protocols to ensure safety for everyone. And tracking room use and maintenance needs has increased administrative needs. The vestry started with charging for parking and increasing rates for room rentals, and has recently begun charging for using Trinity as a wedding venue, even for members. LeRud reports that the vestry is embracing this work and has shown a strong commitment to this not-uncontroversial process.

“On the West Coast, our challenge is that few congregations have an endowment of any size at all. We are very dependent on the immediate generosity of the people in our pews, which is a great privilege and opportunity. We’re the ones who have to make things happen,” Rudd explains, casting the annual campaign as an opportunity for joyful giving. “The liability for us is that that doesn’t feel sustainable. I’m pretty sure we won’t be running an annual campaign 20 or 30 years from now. How can we be nimble enough to respond to a very different world?”

For LeRud and the other leaders at Trinity, the careful budget analysis and examination of how Trinity uses and charges for the use of its spaces has set in motion important conversations about money: How might God intend Trinity to use its assets for transformation? How might Trinity foster a culture that sees money differently, with less shame and more creativity? How might the church as a whole need to re-think the language of giving to speak to people in the 21st century?

Arwen Myers, director of communications and marketing at Trinity Cathedral notes that through this diversification process she has seen a “shift in the culture here, thinking a little bit more outward. This is not just a cathedral for the people who go here. We are neighbors, and we have a resource that is a great blessing. That means opening our doors and letting our neighbors in this building. This is missional work.”

Demi Prentiss is a Program Consultant in the Endowment Management Solutions division of Episcopal Church Foundation (ECF), offering support to dioceses and congregations in structuring and growing their endowments. Previously, she served five years as ministry developer for the Episcopal Diocese of Fort Worth as they reorganized, partnering with individuals and congregations to re-imagine how to be the church. She has served a brief stint on the Presiding Bishop’s staff as Program Officer for Lay Leadership, and spent many years as a ministry developer in congregations varying from family to resource size. She holds degrees from Seabury-Western and Harvard, and is author, with Fletcher Lowe, of Radical Sending: Go to Love and Serve. She lives in Denton, TX, where she has built a practice as a life and leadership coach for leaders in congregations and non-profit organizations. 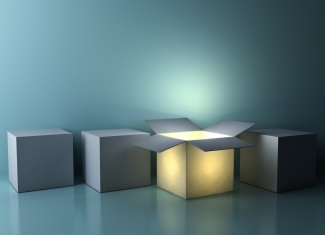