Four things have helped All Saints Episcopal Church in Tarpon Springs, Florida, weather all the changes in its 127-year history: faith, flexibility, resilience and communication. There have been rough times, but the church community survived and grew.

Today’s leaders feel a key factor in All Saints’ continued vibrancy is its financial foundation. To reflect the church’s vision, the Endowment Board has been renamed the Funding Our Future Committee and given expanded responsibilities. The goal is to be a caring community while being good stewards of the church.

An investment in the future

In this year’s annual meeting report, Jim Rissler, vestry member and chairman of the Funding Our Future Committee, wrote, “Our church is an example of what we have inherited. Past leadership paid off all mortgages and other encumbrances so the church would be able to provide a community home for all of us.” Rissler emphasizes that an endowment really is an investment in the future. “Thank goodness we have the endowment in these times,” he says. “The intent is for it to be there to rely on when needed.”

Deacon Bob Kinney, business manager for All Saints and longtime member, believes this changing view about the endowment has been a positive step. “We were managing it ourselves,” he says, “and a couple years ago, the vestry took a leap of faith to change direction. We elected to have our endowment invested in the Diocese of Southwest Florida’s Endowment Management Program, which is managed through the Episcopal Church Foundation’s (ECF’s) Endowment Management Solutions Program at State Street Global Advisors.”

In recent years, All Saints has received two significant gifts that have helped enlarge the endowment. “It has grown from about $100,000 five years ago, to over $400,000 now,” says Rissler, “thanks to the gifts and good investment of funds.”

Past struggles with budget and social issues

All Saints’ current financial strength was not always the case, and Rissler recalls when the church was running up deficits of $30,000 to $50,000 a year. “Exceeding our budget, but always with the hope that we’d turn it around,” he says.

Growing conflict in the Episcopal Church over social issues like same-sex marriage was also having an effect on the congregation. “Down here in Florida, people were questioning the church and what we were doing,” Rissler recalls. “It caused a lot of dissension and the loss of a lot of members. We were pretty much operating in the dark – hopeful, but spending beyond our means and struggling to meet our balance every year.”

In addition, All Saints’ longtime priest was asked to leave. The senior warden at the time, Hank Power, guided the church through two very important decisions. “He insisted that All Saints mend its relationship with the diocese and repay the debt we owed them,” says Barb Rulison, longtime vestry member and treasurer. He also insisted that the church needed to start an Endowment Fund.

Optimism, focus and a balanced budget

When the Rev. Wayne Farrell came in 2011 he brought a new spirit of optimism and focus. “He had experience in the church as a lay person and had been a businessman himself,” says Kinney. “He created a discipline for us to be better stewards than we had been.”

In Farrell’s first two years, the church held fundraisers to help meet expenses and balance the budget. The Close the Gap and Finish the Race campaigns included a general appeal along with personal letters to parishioners from vestry members. Rulison says, “Our parishioners were incredible. They really came through. And for the first time in a long time, we were able to balance a budget.”

The fundraisers were followed by several successful stewardship campaigns that shared All Saints story and mission and vision. Campaigns were kicked off with an ice cream social after Sunday services, and later a ministry fair was added to encourage parishioners to offer their time and talent as well as to pledge. Additional social events, from monthly breakfasts to Mardi Gras and barbecues, helped get people involved in the church and generated funds, along with a feeling of family.

Since she became rector in 2017, the Rev. Janet Tunnell has continued to support efforts like these to build community and strengthen stewardship.

Today, All Saints is more confident and ready to consider the church’s future needs. And while the coronavirus crisis will affect everyone’s future, Kinney says, “Fortunately for us we are in excellent shape, and our income has held up. We have to continue to be good stewards.”

The vestry strives for transparency in its communications, providing financial updates in the weekly bulletin and a brief monthly report that shares vestry news and decisions. When things happen, the congregation is informed through announcements, in writing and phone calls. It’s a team effort involving both members and church leaders.

Formerly focused inward and marginally involved in the Diocese, All Saints now shares its story with other churches through leadership roles on the Finance Committee and Diocesan Council. Rissler, who serves on both, sees diocesan service as a two-way street. “We learn from the experiences of other churches while we share our own experiences,” he says.

“The diocese has a strong relationship with ECF,” Rissler says. ”and makes us aware of their programs and how to implement them in our own church.” He has special gratitude for Diocese of Southwest Florida Bishop Dabney Smith’s help and encouragement.

Connie Rux is a retired journalist who worked 44 years for newspapers in California and Texas and was editor of several dailies and four weeklies. She and her husband Jack live in Tarpon Springs, Florida, and attend All Saints Episcopal Church. She was part of the team from the Diocese of Southwest Florida that participated in ECF’s Congregational Leadership Initiative in 2019. 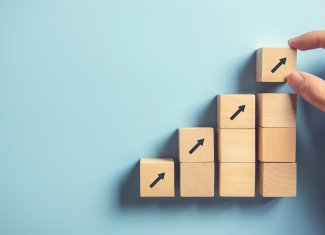