Enough Love to Go Around

While driving my truck over Teton Pass a few years ago, a conversation with friends turned to the topic of abundance. The three of us were living in Los Angeles at the time, but we came to the Greater Yellowstone Ecosystem in search of Snake River Fine Spotted Cutthroat Trout and rich conversations – like this one that began with our ascent into the Tetons. Each of us, in different ways, had invested time and energy in social-emotional or spiritual growth as we began to reach midlife. And in those days in Los Angeles, you could hardly have a conversation regarding wellbeing and human flourishing without someone bringing the word abundance into the conversation. Whether you were making the rounds of LA’s progressive Christian circles or following the paths of secular-spiritual, self-help gurus of Southern California, the concept of “living abundantly,” almost always in contrast to “living in scarcity,” was ever present and on trend.

As we made our way around mountain curves, I listened as my pals pledged to live out their professional careers, to embody their roles as husband and father, and to be the kind of friend that lived abundantly. It felt appropriately ambitious for our context, but it was just rubbing me wrong. Something had always bothered me about the adoption of abundance thinking, especially in light of the excess that surrounded our lives in West Los Angeles. While my pals made their pledges to abundance, I remained silent. Because of my profession and role as priest, I knew the conversation was coming my way. And it did.

The problem with abundance

“Curious to know your thinking about abundance, Padre,” came the inquiry from the back seat of my truck. These two are dear friends – each successful in his chosen area of business, each committed to the process of life-long learning and spiritual growth. You just don’t befriend a priest without that kind of commitment. We’re too much trouble. I responded with, “You know (and they didn’t), you know, I’m just trying to focus on enough.” I told them there was something that troubled me with the idea of seeking to live abundantly when our lives were so immersed in a culture of excess.

This conversation took place several years ago, and I’ve taken a good deal of time with the concept of enough since then. Each time that I’ve begun to feel anxious about resources – time, money, opportunity – I’ve asked myself a simple question: “Jimmy, do you have enough?” And each time, I’ve been able to respond with “yes, more than enough.”

While I feel like this time I’ve had with enough has helped to settle me into the Kingdom, at the same time, it feels contrary to the cultural messages for striving that came toward me at every turn as a privileged, white male. There’s that famous exchange between a newspaper reporter and John D. Rockefeller. “How much money is enough?” asked the reporter. Mr. Rockefeller responded, “Just a little bit more.” That’s the culture I grew up in. It was a blessing. And it was a curse. It was most assuredly filled with the large measure of privilege that came my way unearned, as privilege does.

So I worry a little. I worry about what we accidentally and with the best of intentions do when we profess to our beloved, family or congregation that we are built for abundance. To be sure, abundance is not lost on me. I live in Jackson Hole, Wyoming. I am surrounded by more abundant natural beauty than any of the other places on the planet I’ve been privileged to visit. And there’s a lot of money here, too. Some have begun to call this place a “billionaire wilderness.”

But I worry that when we say abundance, you hear “more and more and more and more, and then, even more.” So, I’ve decided to pull back toward enough. I can tell you that for me, the decision is sound. It feels right. It feels simple in complicated times. And, it brings a level of contentment to my own life that felt ephemeral before. Of course, it’s all a practice.

No conversation with regard to enough is complete without acknowledging that there are those who don’t have enough, who’ve never had enough, who if we keep going as we are, never will have
enough. Surely abundance is the problem here, not scarcity. I know in my own life, as I’ve adopted a practice around enough, my comfort with and security around generosity has flourished. I feel more comfortable sharing resources – time, money, and opportunity. There’s no need to hoard, because I am content, settled, grounded.

My hope is that each of us might find ourselves there, and that the growing generosity that results would begin to heal the wounds that scarcity leaves on so many of God’s beloved. So, while so many are struggling with concepts of abundance and scarcity, I’m doubling down on enough. Join me?

The Reverend Jimmy Bartz serves as rector of St. John’s Episcopal Church in Jackson Hole, Wyoming. Prior to coming to Jackson, he was the founder and priest at Thad’s, an emergent Episcopal Church in Santa Monica, California, in the Diocese of Los Angeles. He has also served as the Campus Missioner at the University of Texas in Austin, at All Saints’ in Austin, Texas, and All Saints’ Parish in Beverly Hills, California. He is a graduate of the University of Texas at Austin and Virginia Theological Seminary. Presently, he serves as the Chair of the Board of the Episcopal Evangelism Society, and in years past has worked with Red Bull High Performance, teaching athletes spiritual disciplines and with Naval Special Warfare working to create systems for character development within special operations teams, and was a speaker at TEDx, Venice Beach. Married to Cindy and dad to Jas and Jade, the Bartz family loves to spend time outside mountaineering, skiing, fly-fishing, hunting and surfing. Jimmy is currently writing a book on the spirituality of risk. 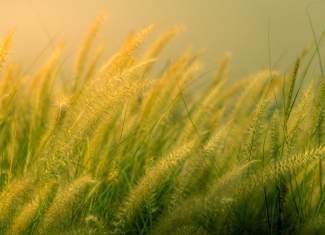