Does your church have a Facebook page? Does your rector “tweet”? If not, you are missing an effective, free opportunity for evangelism and church growth, not to mention a vibrant new tool for strengthening your church community.

We live in a rapidly changing world in which means of communication are evolving exponentially. We have the most important message in the world and some of us are sending it by pony express! Social networking, or “Web 2.0” as it is sometimes called, now accounts for the largest share of Internet usage. Unlike older forms of web communication such as websites, blogs, and email, social networking exists to connect large groups of friends in virtual communities. Friends share their lives, express their opinions, and perhaps most importantly for the church, make recommendations to one another. The church has always grown by word of mouth as one member invites another into fellowship. We might say that social networking is “word of mouth” on steroids! Through it, members of a congregation can go far beyond simply sharing pictures of grandchildren. They can use it as a non-threatening way to share their faith journeys and invite friends to join them.

The statistics are astonishing. Facebook now has 350 million members. If it were a country, it would be the third largest in the world, larger than the United States! There are over 50 million messages sent via Twitter every day (or more than 600 per second). Imagine the potential audience that could be reached!

During the Reformation of the sixteenth century the church was quick to seize upon the opportunities presented by the newly invented printing press, but since then it has lagged behind the curve of technology. Christianity was slow to realize the potential of 20th century mass media, particularly radio and television. This may change with the spread of web-technology. On the web, information is no longer directed in top-down manner. Everyone has a voice, and everyone can be an evangelist.

Here are some practical suggestions for taking that quantum leap into new communication technologies:

1) If you do not already have a basic website for your church, create one. It is inexpensive and it is the place where new people in the community will seek you out. (Save the church some money and forget ads in the paper or in the Yellow Pages). Make sure your site is more than just a bulletin board for parish events, but tells prospective members something about you and your mission. The more pictures the better!

2) Set up a Fan Page on Facebook. This is free and you can use it daily to link to other parish information and to articles which might be of interest to your members. The more information you push on your page, the wider your network will become. (If all this sounds beyond you technologically, ask any teenager to help!).

3) Make sure your clergyperson has a Facebook page and comments on it every day or so. If a page isn’t renewed on a very regular basis, people whom you have worked so hard to attract will stop visiting. A presence there will mean that he or she is a part of parishioners’ lives not just once a week but daily. It’s all about relationship. And clergy, don’t worry about saying something clever online everyday, instead take time to comment on your parishioners’ postings. It will affirm them far more than shaking their hand on the way out of church.

4) Use Twitter to quickly get in touch with your staff, vestry, and leadership. One bishop I know posts a prayer each morning on Twitter. He claims this has done more to overcome the “we/they” divide between diocese and congregations than anything else he has done.

The dean of one of our cathedrals has a loyal group from around the world that reads his blog postings. He gets 5000 hits (that is, visits) on his website every week—in other words, over 100 times the number of people who hear him preach on Sunday! God has provided us with a simple, free, and highly effective tool for reaching countless people right from our own homes. What a gift! What an opportunity!

The Rt. Rev. Kirk Smith is bishop of the Diocese of Arizona. Bishop Smith invites you to join him in his ministry through his blog, his Facebook page and on Twitter at @azbishop. 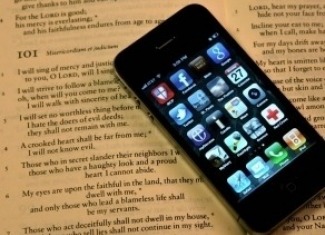