As members of the community entered the worship space, they saw the image of an eye (16 ft tall and 20 ft wide) projected on the wall and heard a voice say, “I see.” Then they saw an image of an ear, and heard, “I hear.” Then they saw a hand patting his chest and heard, “I feel.” This pattern of images and sound was repeated with at least ten community members’ eyes, ears, and hands.At the conclusion of the video, a voice said, “I love the divine in you.” Then the video began again. Community members were invited to enter into prayers and meditation. Some stood in front of the projection while others sat in chairs or the floor, immersed in this space of light and sound, praying for the acceptance and healing of self and others in this community.

The worship description might seem foreign to many, but for the younger generation, they might describe it as awesome and real.

In communication, media is defined as the storage and transmission tools used to store and deliver information or data. The Church has always used media in its ministry. The early church leaders wrote down the stories of Jesus so that later generations can “see and hear” the “word of life” so that we may have fellowship. Later the church engaged artists to use media such as sculpture, painting, stained glass and music to create sacred spaces for worship and to communicate the faith. Except we did not call these forms media, we called them Art.

The invention of the printing press made the print medium the most influential form of communication in the western church for over 500 years. The church was at the heart of this power-shifting revolution; one of the first books printed was the Bible, making it accessible to the masses. The Anglican Church, with our beloved Book of Common Prayer, was a direct result of this revolution.

Today, we are experiencing another power-shifting revolution precipitated by the advance of computer technologies. In the last 15 years, we have moved from a centrally controlled media world to a decentralized environment in which the power to create and broadcast audio-visual media is distributed to anyone who has access to these technologies. While the Church was quick to embrace the print revolution, the Church is slow to engage the electronic media revolution.

Meanwhile, the emerging generation, who grew up with these media as part of the fabric of their lives, has few places to go for the needed ethical and theological reflection on the impact of these powerful media in their lives and ministries.

The conversation on the Emergent/Emerging Church or Fresh Expression movements has often pointed to the use of technologies – from the use of social media to projections in worship. However, there are few resources in assisting local church communities to reflect theologically on the relationship between media, faith, and community and how to use them for the work of justice and empowerment.In 2007, the Kaleidoscope Institute created a five-day workshop called “Media and Faith” to fill this void.

A key member of the faculty was an artist who challenged us to use electronic media as forms of art. Just as we use paintings, sculptures, and architectural forms to create sacred spaces, we can use electronic media to do the same. The “illuminated space” called “I See I Hear I Feel” described at the beginning of this article was created by students during the same course in 2010. In this piece, we maximized the gift of video projection to create an intimate space engaging the senses. The same treating media-as-art principle can be used to create videos to put into cyberspace.

Many church related videos on YouTube tend to use this tool to record what we do in church – the sermon, the choir singing, etc. as opposed to using it as an art form with its own unique logic, forms, and patterns. No wonder church videos on YouTube get so few viewers. (Go to the channel: GraceInCyberSpace on Youtube.com to see examples of “artful” PrayerVideos and DialogueVideos.)

I would like to leave readers with a few questions to reflect on:

How can we bring together the gifts of all persons for Christ’s ministry using electronic media? How can we encourage engagement between people skilled in using electronic media and those whose comfort level lies with more traditional media? How can we re-vision our fellowship to include reaching into cyberspace where the younger generation forms communities? How can we connect cyberspace with physical sacred space where people of all generations can move from hi-tech virtual community to hitouch fellowship of Christ?

The Rev. Eric H. F. Law is executive director and founder of the Kaleidoscope Institute for Competent Leadership in a Diverse Changing World. He has been a consultant and trainer for building inclusive community for over 20 years. He is author of six books, composer of church music, photographer, and playwright. His latest project, GraceinCyberspace, encourages viewers to form prayerful inclusive communities through dialogue. 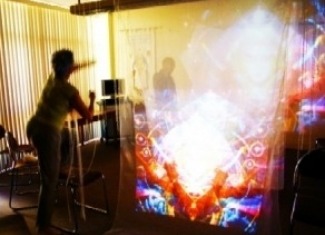 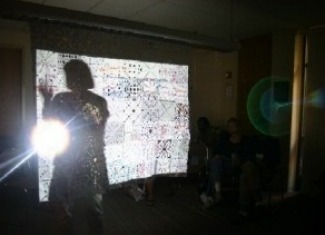 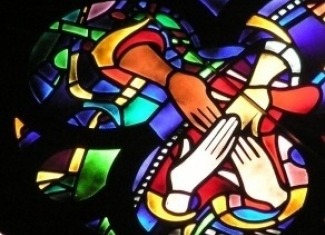