Sharing Our Church Through Stories

As we stepped outside the StoryBooth that chilly Saturday in March, my husband and I knew we had experienced something sacramental.

We had just spent 45 minutes in the sanctuary of a soundproof trailer, as a sound engineer documented our memories of my 93 year-old mother. Mum had died less than a year before and we were honoring her memory by recording stories about her life and death. It felt like sacred space had been carved out of our lives to do so.

My experience that Saturday with StoryCorps, a national oral histories project, challenged me to set aside my technophobia and embrace digital media as a way to communicate the good news of congregational life at St. Martin-in-the-Fields, the church that has nurtured my faith life for 24 years. I was motivated by the desire to use storytelling as a way to capture moments in parishioners’ lives that had informed their faith journeys.

Working in conjunction with a task force formed by the rector, I introduced the concept to the staff and vestry in January 2008 by inviting them to listen to three demonstration vignettes I had produced. (I learned about sound recording and editing from StoryCorp’s user-friendly web site). I chose the theme “epiphany” to tie the stories together. In one a mother describes receiving a phone call from the hospital emergency room informing her that her son
had suffered a broken neck. In another, a public defender recalls her efforts to save a young heroin addict. The third is a story our rector told about a mountain climbing experience in the Adirondacks.

Parishioner Michael Prell recalls, “I still remember the jaw-drop moment I had when you played the first one for us.”

If I had visions of this new ministry sending parishioners rushing to St. Martin’s web site to hear the latest interview, I was soon disappointed. As one parishioner pointed out, “It’s not as though the stories are about pressing, current issues.” So there isn’t a drive for people to visit the site. Others see the value of the collection as a “repository,” which, over time, will create a portrait of the community and its members.

Recently I joined a team on a field visit to meet with a candidate for rector of St. Martin’s. The candidate made reference to a ministry not fully described in our parish profile. When we asked how he knew about it, he said, “I heard one of your parishioners describe it on your web site.”

Maybe we’re making progress after all.

Barbara Dundon is a lay member of the Church of St. Martin-in-the-Field in Philadelphia and producer of The Cloak, a collection of audio vignettes that celebrate parishioners’ faith journeys.

A siblings death, one year later 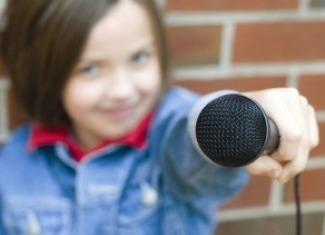