On January 23rd, 2010, two weeks after the devastating earthquake in Haiti, I was with a group of musicians from the Holy Trinity Philharmonic Orchestra in Port au Prince as we went to one of the city’s biggest rescue shelters to offer a concert. Without an invitation or plan or rehearsal, we arrived at the shelter with our own chairs and music stands and started to play. At first, you could see the anger, frustration and confusion on people’s faces, as they watched us in our black and white uniforms. People in the audience had lost family members, their friends, their homes. They surely didn’t expect to watch a bunch of people playing their ridiculous instruments or to hear songs. “It is not the time for that,” some said.

However, when the orchestra began to play powerful pieces like the Ave Verum Corpus by Mozart and the Gymnopedie by Satie, there was a transformation. People started to cry. We could hear their cries of despair and also see the calm and comfort that came as the music continued. After playing these sober pieces for thirty minutes, the priest who accompanied us offered a memorial prayer, and the show moved on to upbeat rhythms – Thriller by Michael Jackson (I like to move it) and other Haitian folk songs with drums that had the crowd dancing, singing and laughing.

It was incredible to see the impact our music had on these people, ranging from deep sorrow to a simple smile. That impact was indeed shared by the musicians who offered this event, as well. We had not been spared by the earthquake. We too had lost everything. But we knew and understood the healing power of music and wanted to use it to help people through this horrific moment. That brought comfort to us all as we performed weekly in rescue shelters around country for a full year without any salary. The best reward a musician can have is to see the effect his or her music works on the audience.

People still ask where these musicians found the strength to hold their instruments and produce a sound. The answer is that God sent them to comfort his people. There is no doubt that the Holy Spirit was working through them and guiding them. It was a time when money, food, home, furniture, things, had no value. Everyone was lost and starting to lose faith. In that moment, this quote says it all: “Music is what is left after losing everything.” In difficult times, music is listening to God’s voice telling us that he is with us.

I have witnessed many miracles that happened because of music. The biggest showed me how music can change an aggressive and lost person to one who is kind and focused. For more than three years, I coordinated a social music program for youth at risk, sponsored by the Organization of American States (OAS) at the Holy Trinity Music School. This program recruits young people living in difficult conditions with limited economical resources, targeting especially youth living in dangerous neighborhoods, orphanages and public schools. The plan was to give them a musical instrument, bring them together into an orchestra and teach them how to play together, how to be together, how to live together as brother and sister in Christ.

We recruited 200 youth and divided them into two groups: string orchestra and choir (string instruments were all we had at that time). We saw in their eyes excitement, happiness and hope. They were excited to hold an instrument for a first time in their lives, happy to be chosen and not forgotten, and they hoped that their lives would be changed forever. Holding a musical instrument means the world for these kids with uncertain futures. Most of their testimonies revealed that being part of an orchestra made them feel important and accepted.

Of course, the magic was not instantaneous. It took a little time to happen. The first summer camp with these youths ended up with knives out and daily misconduct. Using words to deal with their differences was so unfamiliar to them, and talking with an adult about their personal issues had never happened before, since no one had ever come to them and asked how they were feeling.

In particular, there was a young, smart teenage girl who chose the double bass, who almost never smiled during the entire program. She later told us how she was being abused by her stepdad while her mom was aware of the abuse. I heard so many painful stories, stories that I did not know how a human being could endure. Creating this safe, musical environment where these youth could produce and grow was the best gift they had ever received and the best medicine for their mental health, as their testimonies revealed. Being able to express their feelings through a musical instrument and to meet new friends made a huge impact in their lives. The program ended with around 80, mentally healthy young people, most of whom are trying to make a difference in other people’s lives as well.

Music touches us all

One thing I am always sure of is that music doesn’t have borders and touches everyone’s heart. That’s how powerful it is. I’ve seen no difference between the way music impacts people in Haiti and the U.S. or in the rest of the world. When I moved to San Antonio, to my new church family at St. George, I met a group of passionate musicians who meticulously choose the right anthem to match the gospel so the words of God can reach people’s hearts. What I witness every Sunday is people coming up to the music team after the service to acknowledge how the music touches their souls and opens their hearts.

During moments of crisis and uncertainty, music is one of the medicines we need to keep us calm and to give us hope. Music has no color, no nationality. It is the universal language that includes us all and makes us equal. It is the perfect creation of God.

Bernadette Stela Williams grew up in a musical environment in Port au Prince, Haiti. Introduced to the cello at eight years old, she became the youngest member of the Holy Trinity Philharmonic orchestra in 1997 and occupied the first chair in its cello section for more than ten years. Her studies and concert career took her to the U.S. and to Venezuela, where she came across El Sistema, a national program that provides music education for at-risk youth.

Inspired by a short-term fellowship in arts management at the Kennedy Center and touched by her experience in Venezuela, Bernadette brought the El Sistema program to Haiti, with the assistance of the Organization of American States. She studied business management and accounting at the Episcopal University in Haiti and began work as executive manager for Holy Trinity’s music school and orchestra. Through the school, she was able to begin implementing the music program in many cities in the countryside.

Passionate about Haitian culture, Bernadette rewrote a dozen music score manuscripts from classical Haitian composers that were almost lost and adapted them for the orchestra. To promote this richness, she co-founded the nonprofit organization called Educ’Art in 2015 for the promotion of Haitian music and talented young Haitians.In 2018, Bernadette moved in San Antonio, where she holds the position of Director of Music Ministry and strings teacher at St. George Episcopal Church and School.

This is Bernadette playing with the St. Trinity School of Music in Port-au-Prince, Haiti at a Haitian Classics in the Garden event. 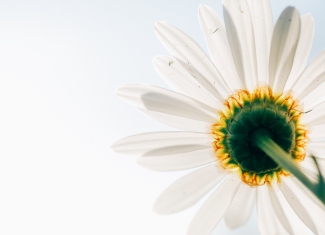