O Come, Let Us Hum to the Lord

Many cultures worldwide have humming or droning as part of the religious tradition. A Harvard study reported that humming is good for health, and Psychology Today reported that humming may ease stress, boost happiness and soothe sinuses. There is something transporting and meditative about humming or droning, holding a sustained note for some time. It is deeper than a placeholder response when one does not know the lyrics to a song.

There are several examples of droning in the Christian tradition. The musical traditions in Ethiopia, England and the African American experience in the United States highlight the importance of droning or humming to connect the faithful to God. In the Ethiopian Orthodox tradition, the drone is the convergence of transcendence and immanence, of both corporate and private prayer overlapping. The drone connects the gathered community to the officiant who is chanting. Droning also connects the individual congregant who offers personal prayers to God. Both happen simultaneously.

It is not uncommon to find droning in the Episcopal Church. Some church choirs and congregations drone or hum during the Great Litany, the Litany at Ordination or the biddings in the Prayers of People, particularly Form IV. Anglican chant is not droning. However, the structure and repetition of chanting can have a similar meditative effect. There is droning in some African American spirituals composed by enslaved Africans. Traditionally, spirituals operated on two levels. One was a musical prayer to God. The second level communicated coded language, signaling when to escape chattel slavery. Droning, humming and chanting are rich parts of Christian spirituality. Droning can give a new perspective and lead to a remixing of Psalm 95: “O come, let us hum to the Lord!” Humming is healing.


The Reverend Jemonde Taylor is the eleventh rector of Saint Ambrose Episcopal Church, Raleigh, North Carolina. Jemonde serves the Diocese of North Carolina as president of the Standing Committee, member of Diocesan Council, the Discipline Board, and co-chair for the Bishop’s Nominating Committee. A board member of the Seminary of the Southwest and the Gathering of Leaders, Jemonde is also a member of a five-person group recently awarded a $400,000 Henry Luce Foundation grant to produce a film and multimedia project on gentrification, race and theological education and practice. Learn more about his ministry by viewing his presentation, Wrapped in Whiteousness, on the Episcopal Church Foundation’s YouTube channel. 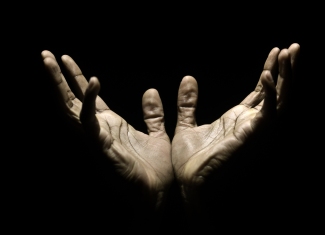