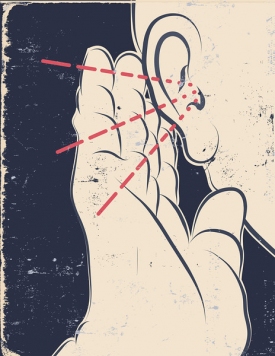 St. Paul’s Episcopal Church in Chatham, New Jersey was considering a capital campaign; ECF consultant, Gerald (Jerry) Keucher was working with them. As Jerry tells it, the driving force behind a campaign was two-fold: First, to improve the accessibility of the church’s existing facilities and second, to address the deficiencies in its organ obvious to the musical members of the congregation.

What happened here is a powerful story of listening and education.

Phillip White, a self identified “nonmusical” member at St. Paul’s, tells the story:

“Several years ago, I was invited to join a committee at St. Paul's to consider what to do about the organ. At the time, I couldn't imagine why. I am not musical. I don't play an instrument. I quickly concluded I was asked to join the committee as a representative of the others like me in the congregation - the ones who would be skeptical about spending money - any money, really - on replacing or repairing our organ.

“The committee had already met several times when I attended my first meeting. They had visited a few other churches to hear their new organs, had collected some proposals, and met with a few organ salespeople. I quickly learned the cost of a new organ was quite high and the debate was mostly about whether to buy a new pipe organ or a digital one or some combination of the two. As I listened to the discussion, I was confused by the jargon: What's a stop or a console? After a time, thinking that this group of music lovers had never considered the obvious third alternative, I blurted out: ‘Wait, why would we spend so much time and money on an organ when ours sounds fine to me?’

“Instead of getting the negative response I expected from the musicians in the group, I received an education. Stops are the part of an organ that provide the breadth of its sound, the console is where the organist plays. ‘Great,’ I said, ‘why do we need any? I hardly listen anyway and, when I do, I don't hear anything wrong.’ Again, I was surprised by the response. One of the members, who played the organ, invited me to listen more intently at the next Sunday service and I agreed that I would.

“Well, that set something in motion that transformed my worship experience. The first Sunday after the meeting, I paid close attention to the music - just as I promised. It didn't do much for me. I still didn't hear anything wrong with the organ. But, as the weeks passed, I noticed something: The words of the hymns and the psalms were remarkable - soaring language about the glory of God, beautiful words about nature, soothing words about people's consistent failure to meet God's expectations and God's enduring forgiveness. Inspiring words about the challenges we as Christians face in daily life and how those who have gone before us trusted in God and overcame them; comforting words about the sadness we all must endure at times. Despite my singing impediment, I began to sing regularly during the service, causing me to concentrate on both the words and the notes.

“Over time, I realized I connected with the music - and not just the words - and even needed it as part of the reorientation and energy I get at church each Sunday. For the first time, I understood St. Augustine's teaching, ‘he who sings, prays twice,’ though I was still standoffish about replacing the organ. A new one would cost hundreds of thousands of dollars – money that could be spent on any number of worthy projects in the community and beyond. Why spend it on music or, God forbid, ourselves?

“I struggled with this for months as the capital campaign took shape and the organ committee recommended a digital organ over a more expensive pipe organ. Even with the lower cost, I still hesitated at the price tag. Then, my honorary mother passed away. I found myself writing about her impact on me and grieving for the loss of the only real mother I ever had. As I wrote, my ramblings turned into a short piece on our relationship and it ended - you guessed it - with a quote from a hymn.

“The Holy Spirit arrived and pointed me to a hymn that had been buried in my subconscious for a long time - I Am the Bread of Life - and to that line that says ‘They who believe in me, even if they die, they shall live forever’ and the accompanying soothing sounds of an organ. I was flabbergasted and then chuckled to myself: I, an organ skeptic, an unmusical person, found deep comfort in my hour of near inconsolable sadness in the words and, yes, the sound of the music I heard in my head as I wrote the conclusion to what became the eulogy I delivered at Mom's memorial service.

“I was transformed. I had been given the gift of an education by my fellow parishioners and the gift of peace by God in the music and words we sing and listen to in church Sunday after Sunday.

“Simply put, I now realize that they are embedded into my spirit.”