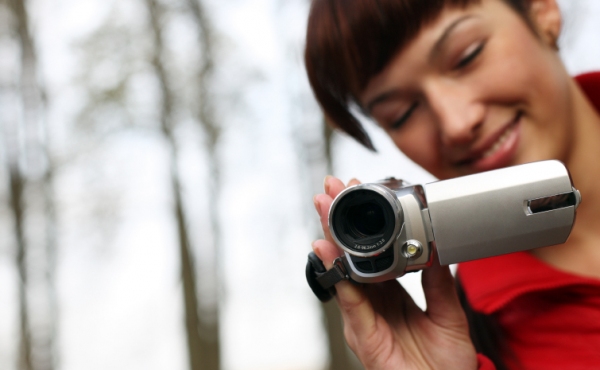 Do you need a video for your capital campaign? Maybe you've had your heart strings pulled by glowing shots and the stirring soundtrack of your alma mater's video or the local hospital's. But is something that flashy appropriate for a church institution? And aren't those videos expensive?

It depends on what you need to do.

When a large diocese began an $8 million campaign for renovations to the diocesan center, most of their donors had never visited the building - the limited parking and urban traffic kept attendance at informational tours to a trickle. So the Director of Networking decided to "take the mountain to Mohammed." She used a tech-savvy production house to develop a Pixar-like video that blended donor interviews with animated architectural drawings to give people a virtual tour of the building before construction was completed.

"We had a bit of sticker shock at first," she said about the cost. "We spent four months looking for a more affordable option but in the end, we decided nothing else was nearly as effective." To get the most for their money, she had the videographers shoot two days’ worth of interviews with clergy, volunteers, donors and staffers. "We'll use excerpts throughout the campaign in newsletters, on the website, and after the renovations are complete."

Because of that initial delay, the final product wasn't ready when the diocese began its next round of informational gatherings. Undeterred, she showed rough cuts at the earliest events and asked donor prospects for input toward the final video. "I think people paid closer attention at those early screenings precisely because we were asking for suggestions," she said.

Was it worth the expense? "Oh yes! The first time the animated footage appeared on the screen, people literally moved to the edge of their seats."

Another diocese needed to look good for less. Flashy graphics would have sent the wrong message for their $1.5 million debt reduction campaign. But they still needed video to reach remote parishes scattered throughout the mountains.

They assembled a team of volunteers to manage the campaign's communications with support from the diocesan staff. One member drafted a script and another recruited ministry leaders for on-camera roles. Pooling their contacts and their creativity, they managed to find a young videographer who would work quickly and cheaply in exchange for the exposure his budding business would get at diocesan convention.

Within seven days of script approval, they had a final cut.

And how did their work pay off? In a diocese of 66 congregations, 45 requested DVDs according to the Communications Team Chair and the video received hundreds of hits on YouTube. As the campaign shifted to the parish fundraiser phase, diocesan employees set up a display in their lobby where campaign workers could pick up a video, flyers, and other materials. With the summer season just beginning in the mountains, the campaign had raised 80% of their goal.