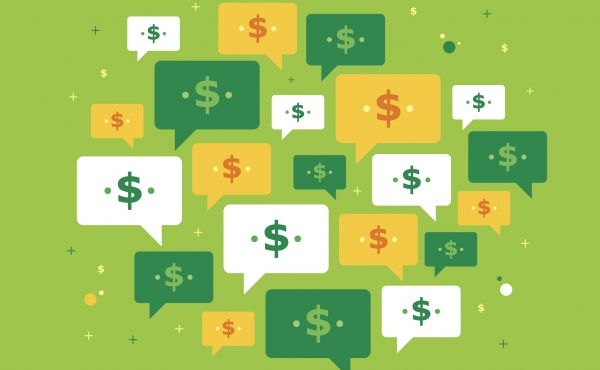 In 2017, I had a client in the midst of a Feasibility Study when their beloved Rector was elected to be a Bishop in another Diocese. One would think this would mean the end of their hard work toward a campaign, but it came at the right time. The personal interviews had been completed but the majority of the parish had not been invited to respond to the survey. Because of this, their report provided a true picture and temperature for moving forward with the campaign.

While there was some concern, the overall theme of the report was that they could move forward and had the potential to raise just over $1 million for the projects that were under consideration. What the Vestry needed to do then was decide how they would move forward. They had the good fortune to have a strong committee and an outgoing Rector who both wholeheartedly supported moving forward into the solicitation phase of the campaign.

The Vestry identified two strong, capable, and energetic chairs to lead the campaign and made a commitment as the leadership body to be actively involved. The chairs, with the support of the Vestry and with my guidance, built one of the best teams to help make this campaign a success. It was a true partnership. There was not a day or week that went by that I did not have some type of communication with a member of the committee. The chairs stepped up, along with their gift workers, by making several calls on parishioners to invite them to be a part of the campaign as well as serving as cheerleaders for their team when it was needed the most.

This process makes me think back to another article that I wrote back in 2017 “Full Circle: A Change of Heart in Asking” (https://www.ecfvp.org/blogs/3522/full-circle-a-change-of-heart-in-asking) which talked about a different version of hesitancy.

“In the beginning, there is usually some hesitancy and even fear. But when a parish is able to trust in the process, they end up getting so much more out of it then just attaining their goal. At ECF, a Capital Campaign is considered successful when it has not only reached its financial goal, but has involved a wide range of supporters, strengthened leadership structure, and engendered a sense of community accomplishment.”

This quote truly embodies what happened for the chairs and leadership. There was hesitancy, and maybe even some fear, but they trusted in the process and at the end, they not only hit their primary goal (just after their kick-off celebration) but also knocked their challenge goal out of the water so much that they created an additional challenge to the parish; a debt-free opportunity. This was presented not as a goal for a few reasons. They had not had consistent success with past annual stewardship goals and they had already hit their two goals for the campaign. In the end, they raised just under $1.4 million towards the $1.5 million debt-free opportunity.

All of this was done in their interim period while they searched for their new Rector, who was on board by the time they officially celebrated the end of their very successful campaign. During this final phase, a key volunteer who had been involved throughout the three phases of their campaign shared that in a previous interim period their then-Interim Rector stated, “There is no pause button!” This statement was true then as it was during this recent campaign. The laity stepped up and led the parish through this final phase of the campaign. It was truly a wonderful experience to be a part of and what a great way to welcome the new Rector.