Why do Churches Need a Choir? 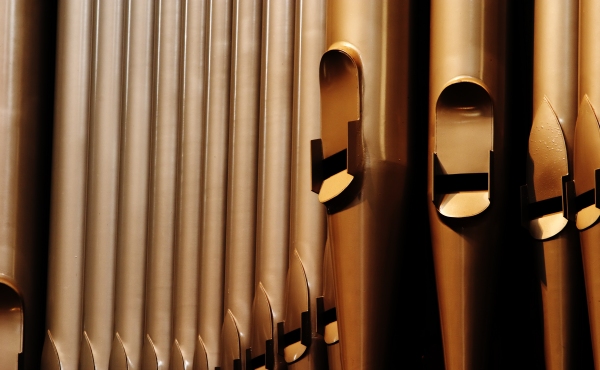 Perhaps one of the most notable hallmarks of our Anglican liturgical tradition is rich, resonant choral music. It’s something we’re really good at, and it’s something for which our tradition is well known. Just this past week, in fact, it was breaking news that St. Paul’s Cathedral in London appointed a woman, Carris Jones, as chorister – ‘Vicar Chorale,’ being her exact title. “First female chorister in 1,000-year history,” one headline ran. [1]

But beyond the sheer heavenly beauty of Anglican choral music, and besides the fact that news headlines are always going to be quick to point out the sensational and ground-breaking, what is it about choirs and choral music that is so important to our Christian worship tradition? Is it merely it’s beauty and quality? I actually hope the answer to that is ‘no’ or, at least, ‘not entirely.’ If the thing we prize about our rich choral tradition is nothing much more than its professional quality and beauty, then that might be part and parcel of why our churches fail to grow, year after year. What’s the difference, then, between a museum piece or something that can be found in a concert hall and what the church, as church, is doing in the neighborhood?

Also, how then do smaller and more disparate Episcopal congregations, those far away from rich musical resources or those who have never really been steeped in this carefully cultivated artistic and liturgical sensibility, reach or even desire to reach this kind of musical, liturgical goal? Anecdotally, at least, I’ve heard of many rural and small Episcopal congregations who’ve decided they can’t pull off this tradition any longer, even their once faint attempts to do so, and they’ve gone out and purchased an electronic ‘box’ which plays all the songs from The Hymnal 1982 – just plug and play. It’s a lot cheaper than an organist, even one who isn’t so good, and you don’t have to worry about choir practice any longer.

For decades before I arrived, St. George’s, Valley Lee, the rural, somewhat remote congregation I serve as rector, had never really developed the kind of rich, resonant musical and liturgical tradition which I long thought was characteristic of Anglican / Episcopal worship and congregational life. The musical model that they had adapted, for better or worse, was what I might call ‘Country Methodist’ – simple, nice, easily singable Wesleyan hymns and anthems, all borrowed pretty much from the heyday of 19[1] century ‘revival’ tunes. It was a tradition which had worked in this context for many decades, probably ever since the 1960s and 70s, and yet by the time I arrived (in 2007) it was no longer flourishing. Our outside context and communities had, obviously, changed and changed dramatically, and those on the inside who were trying to pull off the feelings associated with “the little church in the wildwood” were having a harder time mustering the energy and passion, year after year after year.

We ‘called the question’ about our musical and worship life, and what we asked, fundamentally, was whether this was working and whether this was helping God’s people grow spiritually and deepen their personal practices around Christian discipleship. When we heard the answer was “No,” we started to tack in a new direction.

Problem is, we didn’t know precisely where to go. From the outside, I suppose, an observer could say that this was problematic to begin with because, as is often said, ‘when you don’t know where you’re going, any road will take you there.’ But we did know one thing: we knew that we wanted to turn the conversation outside/in – that is, we wanted continually to ask the question(s): How is our musical life helping make and grow disciples of Jesus? How are our worship traditions helping women, men, children and youth plant deeper roots in the Gospel of our Savior? Why do we choose to do the things we do on Sundays, and how are they inherently connected to transforming the hearts, minds, and lives of those who are part of our worshipping assembly?

And at our core we, St. George’s, Valley Lee, are proud of becoming a community of Christians who value experimentation and play, learning and being formed, trying new things and, at the same time, dusting off old things. And yet I also want to share one really big, and really simple takeaway: it’s not about the what, it’s about the why. What particular hymnal you use, or song you sing doesn’t matter. Whether you have a choir or not doesn’t matter. The church cannot pre-program joy, vibrancy, faithfulness, excellence, virtue.

Which leads me to want to close, then, with an appreciative nod, once more, to our Anglican choral musical tradition. Ours is a beautiful, rich, lovely tradition, carefully cultivated and requiring great skill and passion at its core. Choirs are important, and Anglican choral music is very important. But let me hasten to say that choirs are important, fundamentally, in that they help lead singing, and help lead joy, and help lead excellence – which is not so much about professional artistry but about the virtues of the Christian life and witness. As the rector of a church which does not have a choir, I can say, definitively, that not having a choir leaves a lot to be desired – the biggest struggle being that a choir-less congregation often lacks strong musical leadership. That missing piece is something we work on all the time, week after week, Sunday after Sunday, and that is a question we value living into, and experimenting around. But, at the same time, have we also bothered to ask what is lacking in those congregations who do have choirs? What is missing, what is coming up short in those congregations who haven’t ‘called these questions’? Not the what, but the why.