The culture of irredeemability in the United States, begotten of the desire for progress and justice in American society, pervades relationality at local and national levels and undermines the very progress that it claims to champion.This culture threatens to destroy our society’s ability to share one Earth and to create healthy, cooperative, just systems of relationship. The culture of irredeemability is the shadow side of the very methods used to seek systemic justice, and in particular, it is the shadow side of 21st-century America's “call-out culture.”

What, exactly, is “call-out culture?” Broadly, it’s a colloquialism for the practice of public accountability (usually on social media) that aims to hold individuals and groups responsible for their actions by calling attention to behavior that is perceived to be problematic, like sexism, racism or homophobia. Additionally, the practice of “calling-out” has grown in popularity concurrent with the contemporary era in which marginalized and minority groups acquire ever-increasing access to platforms which amplify their voices over and against those who traditionally hold power.

In this context, calling out “is an act of withdrawing from someone whose expression – whether political, artistic or otherwise – was once welcome or at least tolerated, but no longer is.” At its best, this practice has the potential to reclaim and redistribute power in systems previously unbalanced. In this way, call-out culture is a kind of “cultural boycott” which refuses to amplify voices of racism, sexism, homophobia, classism, ableism and more.[1] This practice is central to the revelation of a more just, safe, equitable world – in theory, it assumes first and foremost the redeemability of what was previously distorted. Where, then, has it gone wrong? [2]

The precise marriage of call-out culture to modern forms of social media marked a particular turning point in the evolution of the culture of irredeemability. Social media, to be celebrated for the ways it transcends boundaries of all forms to enable connection previously impossible, also risks a kind of dehumanization of those with whom we interact on such platforms. Rather than calling out in order to improve relationship and society, call-out culture transforms into cancel culture. Intention transforms, too: rather than boycott voices of oppression, cancel culture seeks to cut out real people whose ideologies or identities are not popular in public regard. We cancel human beings as though they are magazine subscriptions.

As our technological lives become ever more intertwined with our actual lives, this “cancel culture” has morphed into an acceptable default way of relating to one another. Rather than assume the redeemability of broken systems, we now assume that what is broken, or conservative, or flawed, or harmful is best dealt with by excising from community and relationship altogether. This is the crisis of irredeemability.

As a follower of Christ – and, more basically, as a living, breathing, hopeful human being – I am terrified by this crisis. Moreover, I stand in wonder at the discovery of the attitude of irredeemability inside of me. How often have I thought to cut off relationship from someone with whom I do not agree? How insidiously the desire to “other” voices of disagreement has crept its way into my heart!

Cancel culture, the crisis of irredeemability: these are not the Good News of Jesus Christ. As Christians we know that Jesus gave himself on the cross in order to ameliorate our sins and to rescue us from the evil of this present age. Moreover, we know that Jesus’ death and resurrection on the cross marks the salvation and redemption of all humankind from the fallen nature of creaturely sinfulness. Jesus “is the mediator of a new covenant, so that those who are called may receive the promised eternal inheritance, because a death has occurred that redeems them from the transgressions under the first covenant.”[3] If I am truly a Christian, the question of Jesus’ redemption-for-all is not a question at all. It is the unshakeable foundation for how I view the whole world, the society in which I live and my neighbors. It is the heart with which I must greet those who hurt me, those who stand opposed to me, those toward whom it would be exponentially easier to harden my heart.

How, then, have I come to discover within myself a heart hardened against those who hurt me or who cannot get onboard with my worldview? Of course, some of this action is based on a desire to stand in solidarity with those who suffer among us. This stand necessitates a boundary against the perpetrating Other, a moral imperative if we are to lead one another to a more just way of being community (oppression should be stood against, always, every time). And yet too often we stop in our stance against the Other, holding the boundary and marking the Other as permanently out-of-touch.

The truth of Jesus’ redemption of all through his death on the cross, and what this redemption means for the redeem-ability of humanity, is the lifeblood of what it means to be Christian. As I survey the socio-cultural landscape around me (and frankly, as I try just to be a moderately okay person in the world!), I worry that we’ve forgotten this lifeblood, that we’ve let it drain out of our bodies and dry on the ground. We’ve become accustomed to polarized communities, allowing ourselves to cast out from our lives those with whom we disagree.[4]

The Church as a counter-cultural beacon of hope

In the face of these questions and realities, what might it look like for the Church to stand as a counter-cultural beacon of hope, reminding the world around us of the miracle of our redemption? How might we think about this miracle theologically, pastorally and ritually? In particular, how might we enact these beliefs on a really concrete, at-home, vulnerable level? When we are hurt by someone in our immediate community, how might we welcome them home instead of casting them out? And – where do we hold the line? What harms are too great for redemption to happen through our own work, requiring instead time and the immutable grace of God?

I don’t have answers for all of these questions yet, but I am working on them each day in my life and in my ministry as a priest at St. Stephen’s, Richmond. Through my Episcopal Church Foundation fellowship, I am crafting a program aimed at helping my community practice how to reckon with one another – how to do the work of feeling, repenting, praying, forgiving. Bit by bit, we learn how to hold our boundaries so that we can find health together, and how also to ensure that those boundaries are porous enough to let new life come through.

I believe there is something universal in our common call to community and our common bond of Christ’s love. Polarization, Othering, casting-out: these behaviors harm us all and exacerbate every other form of injustice and oppression. And so I pray that together we will call one another home, even (especially!) when we fall short, and that this will beget a mutual kind of imagining and remembering about our redemption – an imagining to re-shape the world.

[4] The Pew Foundation reports that citizens are more divided along ideological lines – and partisan antipathy is deeper and more extensive – than at any point in the last two decades.

The Rev. Cate Anthony is delighted to begin her ordained ministry at St. Stephen’s. A child of Florida and Delaware, Cate is a graduate of McGill University, Berkeley Divinity School and Yale Divinity School. During her time at YDS, Cate’s academic and pastoral work focused on ministry to individuals and communities in the midst of trauma and conflict. She was privileged to pray and wrestle as a member of the Reconciling Practices cohort, a group of ten seminarians (now mostly clergy) from the Episcopal Church and the Anglican Church in North America. Together the group imagined lived practices of reconciliation and community even across wide chasms of difference. Cate continues this work in a parish context as a current fellow of the Episcopal Church Foundation. Her ECF project focuses on creating spaces of reconciliation and reckoning in everyday life. 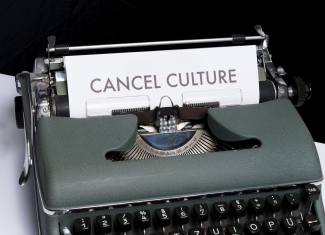