Fear of the "Other" 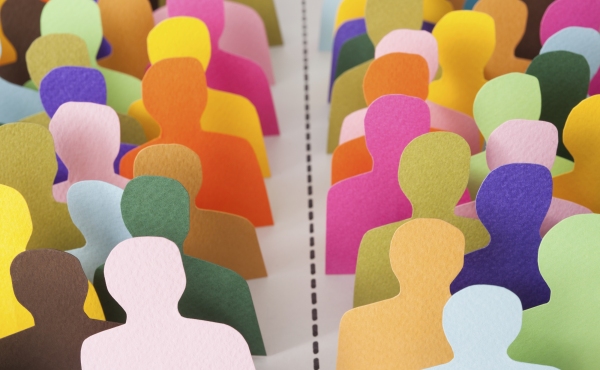 The news was frightening – and frighteningly familiar. An attack on students at Ohio State University. Accounts of an active shooter turned into active assailant who by all counts purposefully plowed into a group of students and professors, and then attacked them with a butcher knife. We learned soon that the attacker was from a native of Somalia and a Muslim.

Immediately, I heard calls for tighter immigration controls and see-I-told-you-so’s from people who support a mandate for the government to register (and restrict?) all Muslims.

Perhaps it’s not a coincidence that Dictionary.com announced yesterday the word of the year: xenophobia. The word has two definitions: 1) fear or hatred of foreigners, people from different cultures, or strangers; 2) fear or dislike of the customs, dress, etc., of people who are culturally different from oneself. What it really means is fear of the other. The other could be a Muslim. Or if you’re Muslim, perhaps a Christian. Other could be the Hispanic immigrant looking for work, the Indigenous person fighting for water rights, the Appalachian Anglo worrying about the heroin epidemic. Other could be the lesbian couple raising children across the street or the overweight woman sweating bullets on a treadmill.

It’s easy to find others when we are so focused on what is different between us instead of what we share. The other could easily share the bond of mother or brother – or simply another. Another person trying to do his or her best, the best way he or she knows.

I’m not excusing the act of the young man who attacked the OSU students. I work in Cincinnati, just two hours southwest of Columbus, and my social media feeds were filled with people checking in, marking themselves safe, parents asking for prayers, sisters worried about each other. I don’t know what motivated him to commit such an atrocious act.

But I know that we are not called to match hate with hate, violence with violence. The attacker, Abdul Razak Ali Artan, had been interviewed by the student newspaper, The Lantern, a few months earlier. It was a man-on-the-street interview; essentially the reporter asked bystanders some questions and Artan’s story was one of those included in the newspaper’s ongoing feature, Humans of Ohio State.

He explained that he had just transferred from another school, which had several prayer rooms where he and fellow Muslims could meet their obligation to pray five times a day. He lamented that he didn’t know where to pray at Ohio State and worried how people would respond if they saw him praying in public.

He told The Lantern reporter, “I’m a Muslim, it’s not what the media portrays me to be. If people look at me, a Muslim praying, I don’t know what they’re going to think, what’s going to happen. But, I don’t blame them. It’s the media that put that picture in their heads so they’re just going to have it and it, it’s going to make them feel uncomfortable. I was kind of scared right now. But I just did it. I relied on God. I went over to the corner and just prayed.”

I don’t know where Artan took a wrong turn. Were his comments in August heartfelt or just a front for deeper resentments or an abscess of anger? What could change in just a few short months?
We may never learn those answers. All we can do is measure our response. Many community groups and churches, including St. Stephen’s Episcopal Church, held prayer vigils last night for the victims and their families. Perhaps one of these places will open its doors so Muslim students can come and pray throughout the day too. I hope the university will host conversations so that all students who feel like “the other” can find a way to connect and become part of a community.

I do not know the answer to this problem. But my heart aches that of all the millions of words, xenophobia is the one that rises to reflect 2016. May we seek a new language, new words for our coming days, words like hope, peace, joy, grace, and forgiveness.