The Slow Work of God

Second of a two-part series on strengthening leadership teams. Click here for the first article, Building Teams on Trust.

Our challenge is straightforward enough: The congregation I serve is multilingual, multiethnic, and financially vulnerable. We have come to the difficult conclusion that we are no longer in a position to afford a full-time priest. Last month I described the first steps we took to transition to a team-based leadership model. Using The Five Dysfunctions of a Team as our guide, the core leadership team has begun to develop new patterns of relationship that we believe will allow us to continue to move into the future as a viable, creative, and capable faith community.

We recognize that this work takes time. Like many congregations, in addition to the challenges we are able to see and to comfortably name, we are also learning to identify and name our other challenges, the ones that are more difficult to talk about openly.

Two months into this effort, we are more aware than ever that this is not work for the faint-hearted. Sharing a wide range of responsibilities for the day-to-day operations of our congregation, trying to establish new and constructive levels of mutual accountability, and especially, taking new risks in order to deepen our level of trust with each other has been hard and we have taken turns we did not anticipate in advance.

The first goals we set to build trust had to do with creating a space where people could more openly and honestly acknowledge their weaknesses, the places they fell short, or when they considered themselves inadequate. Each member of the team was asked to identify one defensive behavior or attitude that he or she had used within our team in the past. The idea was that all of us would commit to monitoring ourselves and to working hard to change from that defensive behavior or attitude even if that felt risky.

That exercise in itself was hard—it is far easier to identify others’ protectiveness than our own. After our first round, we agreed we would keep coming back to review the list, aware that self-examination and self-disclosure is not a ‘once-and-for all’ event but a process. As incomplete as that effort seemed to be, we discovered at our next meeting that it had been enough to move into an aspect of our life in community that had felt too unsafe to discuss openly in the past.

Last May, the community sponsored a Cinco de Mayo celebration on our campus. It was an opportunity to unite the whole congregation around a time-defined project, to raise our visibility in our neighborhood, and to raise funds for our ministries. After it was over, we congratulated ourselves about how well it had gone and got on with life. Now, almost a year after the event, a member of the leadership team took the risk to state that in fact, there was some lingering resentment about that event. While so much effort had been put into celebrating the Cinco de Mayo, we had not done the same when the Fourth of July came around. The perception of some was that this was a slight of the patriotic holidays of the United States and was particularly hurtful given that we are in the United States.

Several of us were caught off guard by that feedback. Members of the Spanish-speaking part of the community tried to explain that many people in the community are not Mexican and the day holds no special significance for them or even for most Mexicans. Cinco de Mayo is a marketing coup that has helped beer and tequila manufacturers leverage a nonAmerican holiday to sell more product. For the Spanish-speaking part of the congregation, the intent of the festivities had been to have a successful fundraiser.

The conversation was tense and awkward. The reality is, we still have a ways to go to understand how respectful multiculturalism works in a faith community, how we honor the reality that we are in the United States. At the level of team dynamics, we have not learned how to “own” our individual values and positions with clarity and openness to difference. It is easy to interpret an event like this through a lens of suspicion and fear. The temptation when we use that lens of suspicion is to view the “other” as an antagonist and consider that what we hold dear is at risk. In turn, that posture leads to a hardening of positions and makes folks reactive.

At the meeting, we agreed that there was considerable work for our team around this topic. We are exploring the possibility of getting help from an external trainer to help us deal with our diversity. We’ve also agreed that we need to more clearly communicate when an event is primarily intended as a fundraiser, and find ways to celebrate a broad range of patriotic and cultural events.

As I reflect on that encounter, which represented only a very minor step deeper into our complexity, I am reminded of Teilhard de Chardin’s deeply insightful reflection on the way of grace and the work of God:

Above all, trust in the slow work of God. We are quite naturally impatient in everything to reach the end without delay. We should like to skip the intermediate stages…And yet it is the law of all progress that it is made by passing through some stages of instability-and that it may take a very long time.

Recognizing how modest our first steps have been, we are working hard to trust not only each other, but God’s ways as well.

Rosa Lindahl is lead consultant for ECF's Vital Teams and founding member of the New River Regional Ministry in Fort Lauderdale, FL, a project for which she was awarded an ECF Fellowship in 2011. This regional approach to ministry merged a well-resourced downtown congregation, a Latino storefront ministry, and a primarily English-speaking congregation with financial challenges. Today, the New River Regional Ministry leverages the diverse resources of three distinct faith communities. Prior to becoming an Episcopal priest in 2006, Rosa worked for 15 years in international organizational development and human resource management, primarily with Federal Express. Rosa is a native of Colombia, has a passion for Latino ministry, and lives in Fort Lauderdale, Florida. 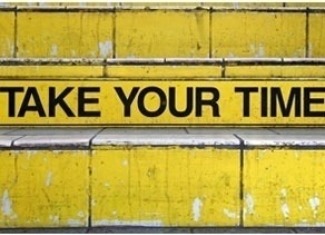