May 2017
Evangelism and Discipleship

Discipleship in the Episcopal Church Today

What are the spiritual practices of Episcopalians? What beliefs have a hold on their hearts? What motivates Episcopalians to be of service in the world? How are church leaders supporting them in addressing these questions?

RenewalWorks has worked over the past four years with almost 200 Episcopal congregations, gathering insights from more than 11,000 Episcopalians. The goal of the work is simple: to encourage Episcopalians in discipleship, in the confidence that this will build spiritual health and vitality in our denomination. Through the research of RenewalWorks, a portrait of a distinct Episcopal culture is emerging. We have learned that we are an older denomination (75% over 50 years of age). Our parishioners have long tenures in their churches (54% longer than 10 years). 47% of the churches surveyed reported membership of 101-350 parishioners. Many congregations are much smaller. And we are gaining insights into the beliefs and practices of Episcopalians, described later in this article.

Renewal Works begins with an online inventory taken by parishioners. Questions in this survey explore the spiritual lives of individuals, and how the church is supporting the journey of discipleship. After the inventory is completed, a small working group meets for four workshops to address these four questions:

One of the benefits of the process comes as it triggers conversation about the spiritual journey. Many Episcopalians discover they have attended church for years and have never spoken to others about discipleship, about their beliefs or practices, about why the church matters to them. RenewalWorks, an evocative and occasionally provocative process, gets people talking as it also offers insights into the current state of the Episcopal Church.

Stages in our faith journeys

The research on which RenewalWorks is based identifies four stages of spiritual growth in a continuum. The stages include those who are exploring the faith, those who are growing in faith, those who are going deeper in faith, and those who hold faith at the center of their lives. Among all the respondents from many denominations, about two-thirds are in the first two stages. That percentage is higher for Episcopalians (73%). In those first two stages, people are especially reliant on the church and its leadership to guide them into deeper spiritual life. Through the research, which includes almost 2000 churches, denominational and non-denominational, the research has indicated eight archetypes of churches with distinct characteristics.

Of these eight archetypes (described in a book entitled RISE by Cally Parkinson), almost all Episcopal congregations fall into one of three categories. About 25% are in a category called “extroverted,” characterized by a strong commitment to mission and outreach. However, there may not be a strong biblical or theological connection or motivation for that outreach. Another 25% are in a category called “complacent”, which suggests passivity, maybe even indifference to the challenge of spiritual growth. There is not a strong inclination to go deeper, not much expectation of transformation, nor a clear understanding of why such development matters. (One church which fit in this category jokingly described themselves this way: We are spiritually shallow and fine with that.) 55% of the churches represent an archetype called “troubled” which might be more helpfully described as “restless” or “hungry.” In these congregations, there is a desire for a deeper spiritual life, a yearning to discover what discipleship looks like in the world these days, though parishioners are not certain how to go deeper. They are not sure that church leadership is providing pathways for spiritual growth. This third group presents a wonderful opportunity, as it reflects a desire to go deeper.

With that in mind, the role of the leader becomes especially important. Leaders of notably vital congregations share these characteristics: they are humble, transparent and vulnerable as they lead others in the spiritual journey. They model discipleship in their own lives, and communicate to their parishioners that they are working on spiritual growth themselves. They focus on making disciples. They seek to stay in touch with the calling that first drew them to ministry (their first love) and they have found ways to focus on their faith journey amidst the urgency of many other demands that face people who lead churches. With single-mindedness, they focus on engaging the hearts of their parishioners, and let concern for other metrics (like Average Sunday Attendance or number of pledging units) follow.

Since the hunger for deeper spiritual growth is strong among Episcopalians, and since many claim to be uncertain about how to go deeper, the role of clergy as Chief Spiritual Officer is critical. Teaching, specifically about scripture and sacraments, can be especially transformative. We note anxiety among clergy about gloomy statistics in mainline congregations, and a resultant reticence to challenge parishioners to go deeper, even though 60% of Episcopal respondents want leadership to help them develop a relationship with God in Christ. 57% claim to want to be challenged to grow and take next steps spiritually. Only 38% said they were extremely or very satisfied with how the church challenged them to grow and take next steps. People want more. They want to go deeper.

We are identifying specific catalysts that help people grow in the life of faith. Engagement with scripture makes a big difference for Episcopalians at all stages of spiritual development, though only 14% of Episcopalians claim to read scripture on a daily basis. Especially for those moving from exploring to growing deeper, participation in the Eucharist has special power to transform their spiritual life. Teaching about the meaning of this sacrament helps people deepen their experience. As people move along the spiritual continuum, prayer life shifts in focus. As people are just exploring a life of faith, their prayers are often specific intercessory requests. The deeper that people go in the journey, the more they shift into prayers of gratitude and worship, and desire more solitude and contemplative approaches to prayer.

Among Episcopalians, spiritual practices are relatively low when compared to other churches. In addition, a commitment to beliefs can be less intensely held. For instance, 57% of Episcopal respondents stated a strong belief in the Trinity. 56% very strongly believe that the sacraments are outward and visible signs of inward and spiritual grace. 48% believed we are called by God to go deeper in the faith.

In summation, Episcopalians seem hungry to be led into deeper discipleship. The heart of the leader, committed to his or her own development as a disciple, is key. And that leadership role is not only an issue for clergy. It also includes lay staff at a church, and members of the vestry. A growth edge for our denomination is to regard the vestry as a spiritual community, one that is comprised of spiritual leaders. While our denomination faces challenges, there is great opportunity for deepening discipleship in the Episcopal culture. Led by a Presiding Bishop who calls us to be the Episcopal branch of the Jesus movement, there is great opportunity to form disciples in our churches. 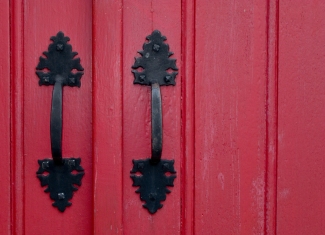