Beliefs and Teachings that Engage My Heart: What's Your List? 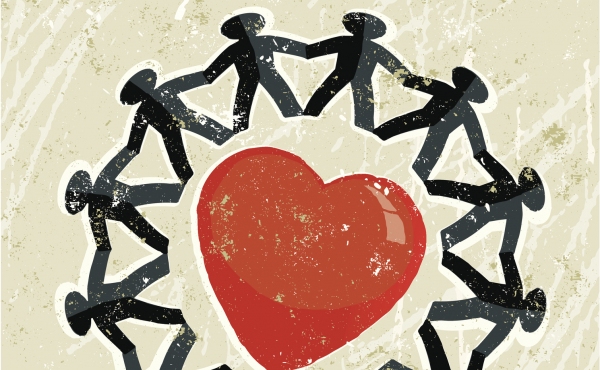 For most of my ministry, people have been wringing their hands about the decline of mainline churches. From my first days of service as a priest, I heard people say that we’re just rearranging deck chairs on the Titanic. The image prompted a cartoon in six frames: As the ship disappears into icy waters, one could hear words from the top deck, one word per frame: We’ve… never… done…it… that…way.

I’ve wondered about the decline. Does it have to do with style of music or liturgy? Is it due to a lousy spirit of welcome? Is it about formality among the frozen chosen? Does it have to do with divisions on social or political issues? Or with indisputable hypocrisy, with shortcomings and abuses by church leaders, too many to number.

Last week, I read about a new study of the religiously unaffiliated conducted by the Public Religion Research Institute. It said the real reason for the decline is that people “no longer believe in religious teaching.” That squares with what we’ve learned in our own research [at RenewalWorks]. Religious beliefs are often held pretty loosely, if at all.

A while ago, a friend shared a column from the Wall Street Journal. The author interviewed a teenager at her youth group in Missouri. She told the author: “I love being Episcopalian. You don’t have to believe anything.” It was great this young person felt welcomed. But it made me think about what I might say to her if she was in my youth group. It made me think about what it means to believe, to trust. It got me thinking about where I give my heart. Are there things I would hope she would embrace? Here’s what I came up with:

That’s my list, at least so far. What’s yours? Spend time thinking today about beliefs and teaching that matter to you, that engage your heart. Give your heart to them.

Some of what Jesus taught, from Luke 6:

But I say to you that listen, Love your enemies, do good to those who hate you, bless those who curse you, pray for those who abuse you. If anyone strikes you on the cheek, offer the other also; and from anyone who takes away your coat do not withhold even your shirt. Give to everyone who begs from you; and if anyone takes away your goods, do not ask for them again. Do to others as you would have them do to you.

This post first appeared October 3, 2016 on RenewalWorks’ Monday Matters blog. It is reposted here with permission.