One Missional Way to Grow Your Small Church

Our mission is clear: Go into the world and spread the Good News. The struggle, however, is real.

In a Church where the Average Sunday Attendance is is 58, there are some small churches that average 100-300 in regular Sunday attendance thanks to their financial support of Latino/Hispanic ministry.

When I started attending the Episcopal Church at St. Matthew’s in Houston, TX, I was part of a growing Latino population in a church that had begun as an English-speaking congregation. They opened the church doors, albeit begrudgingly, to the Latinos because the demographics of the neighborhood had changed dramatically. The Bellaire area, where St. Matthew’s was located, later became better known as the Gulfton or Sharpstown area of Houston, TX. Between 1980 and 2000 the population of the Gulfton neighborhood increased by almost 100% without significant additional residences being built.Between the 1990 and 2000 US Census, the Hispanic population in this area increased 81% from 18,422 to 33,424, even as the non-Hispanic White population decreased 23% from 6,371 to 4,908. Today, the Spanish-speaking community at St. Matthew’s continues to have a very large Salvadoran and Central-American community.

Things do not always work

St. Matthew’s/San Mateo had English-speaking rectors and Spanish-speaking assistants since the early 80s. When my dad, the Rev. Alejandro Montes, started his ministry there in 1986, he was a lay minister under Bishop Hugo Pina. Although the English-speaking congregation was dwindling, their financial support was significant. Approximately 40 members gave about four times as much as the much larger Spanish-speaking congregation. After the numbers and the money kept decreasing, St. Matthew’s became a mission. The Spanish congregation kept growing and the English speakers kept leaving or dying (one year there were 9 funerals) and sadly the communities divorced in 1994. That is the only way I can describe the pain, arguments, hurt feelings, sadness, and the eventual split we went through. We called ourselves one church, but we were really two congregations tolerating each other. We did not have many bilingual services. The older people did not like our music that included guitars, guitarrón (bass), percussion, lots of rhythm and a loud joyful noise. We sometimes felt like the English speakers owed us something instead of being grateful for their hospitality. What I have learned from that, however, is that there are several congregations that have similar issues all over the Episcopal Church. And, thankfully, most are making it work.

There are “small” English speaking congregations that are supporting financially larger and often growing Spanish-speaking congregations. I have seen this in my visits throughout the Episcopal Church in the United States. Most of these churches do not enter this partnership because they are doing outreach or even because they feel called to it. Rather, like St. Matthew’s, the reasons they enter into this partnership are complicated. Some churches respond to the need by starting a Spanish language service. Some churches are told by their diocese that they must open their doors to their neighbors, with or without assistance. Other churches start out by renting out their space. Many churches are co-existing and coming together once in a while for bilingual services.

Judith Delgado Beltran, daycare director at St. Michael & All Angels/San Miguel in Berwyn, IL, shared that their 10 a.m. English-speaking service has an ASA of 20 people and the 12 p.m. Spanish-speaking service has about 70. The Latino/Hispanic ministry there has been going strong for about 15 years and the English-speaking congregation has been supporting it. She explained that the 10 a.m. congregation has pledges and gives every Sunday, while the 12 p.m. congregation may give one dollar per adult. She says the giving varies by attendance while the 10 a.m. is constant. Judith says the Spanish-speaking congregation needs more education on giving (stewardship) and how the Episcopal Church works. There is a bilingual service once a month but it is not very popular because it is longer and at a different time than they are used to. They do, however, come together to have garage sales, food sales, and bazaars to raise funds for the many needs of the over hundred-year-old Church. Judith says that the Latino/Hispanic community has brought a lot of life to the church in the form of children, families, and culture. She thinks that St. Michael and All Angels may have already closed if they had not invited and supported San Miguel.

Elsie Saldaña, Director of Administration at the Episcopal Church of the Redeemer, Elgin, IL shares that their 9 a.m. English service has about 35 people and a couple of families have small children. Their 11 a.m. and 1 p.m. Spanish services average about 110 people and there are multiple families. She suggests that not only does the Latino/Hispanic ministry need to have more formation on giving and stewardship, but there should be more transparency. Elsie says that the English speakers understand how the parish works. She says that you have to sustain the Episcopal church, not only financially but also have volunteers and programs. It is not like the Roman Catholic tradition from where most of their congregants come. There is another English-speaking church close by and Elsie says some people tell other English speakers not to attend Redeemer because it is a “Latino” church. They have a bilingual service twice a year but it is also challenging for various reasons including music and language. Elsie has been at Redeemer since 1997 and the Latino/Hispanic ministry will be turning 25 years in August - and she has seen some progress. One piece of advice she gives non-Latino priests who are going into Latino/Hispanic ministry is “Even if you are fluent in Spanish, understanding the many cultures and backgrounds is tough. Go with the flow and get to know your congregation for the first two years and then start changing things little by little.”

There are many examples such as these all over our Church. Maybe your church is small, maybe it is struggling. Maybe your church is in a neighborhood that is changing and God may be challenging you to include your neighbors. Although Latino/Hispanic ministry is growing in numbers, we often need to partner with our sisters and brothers who may have the financial resources to help it be viable. Together we can help our Church grow into a vibrant, diverse community by bringing together all the different gifts we have to offer. Together, we will bring life and sabor to the Eucharistic Fiesta.

Sandra Montes is the Episcopal Church Foundation's Spanish Language Resource Consultant. Born in Perú, Sandra grew up in Guatemala and settled in Texas as soon as she could. Her passions are God, family (especially her son), music, education, and writing. She has been developing original bilingual resources for her church, school, and others for years. Sandra has been volunteering and working in the Episcopal Church since she was welcomed into Her in 1986. She serves as musician, translator, speaker, consultant, and writer. She is a full-time teacher and doctoral student. 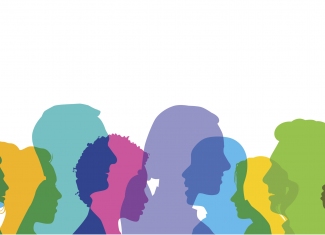