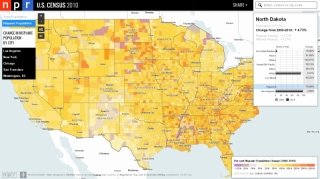 NPR is currently doing an excellent series on how Latinos, the U.S.’ largest minority group, is “making their mark on religion, technology, education, Hollywood and the workplace.” There are many good stories in this series, but I believe two stories and one interactive feature are particularly important for leaders of the Episcopal Church:
In our first year, ECF Vital Practices has made a concerted effort to provide articles, resources and tools that will help Episcopal congregations across the country embrace this new reality. In partnership with the Episcopal Church Center's Office of Latino Ministry, we are focusing on three key areas: successful models of shared leadership in English and Spanish-speaking congregations, best practices in stewardship/generosity, and intergenerational ministry.

You will note in the list below that while some of the material has been made available in both English and Spanish, a few have not. This reflects the relatively high cost of translations and the fact of limited budgets. Here’s a short list of what we have been able to do so far:
Stories on Shared Leadership: