Why Would I Want To?

A mother says to her teenage son, “You should take Latin next year.”

The young man replies, “Why would I want to do that?”

Like most parents, religious leaders are fluent in the language of obligation — have to, ought to, must, should, God is calling you to…

The language of obligation and control

The people in churches today are there only because they want to be. There is no social cachet or economic advancement to be found there. They are looking for a spiritual connection. They want a relationship with God. They have not come to hear the clergy and lay leaders tell them what they should do or to communicate their own anxiety.

The language of obligation goes hand in hand with a need to control. Before Christian leaders can begin to speak in the language of desire, many of them need to deal with their own control needs. This would be a good thing anyway, because the Christian life is not about controlling others.

I realized years ago that telling people what they should do is simply ineffective. It isn’t wrong or bad, it just doesn’t work. What works is being able to explain why anyone would want to do what we’re talking about. There are plenty of things that might motivate a high-schooler to want to study Latin; there are other things that might motivate Christians to want to move more deeply into the mystery of God.
Yet church leaders constantly use the language of obligation as if it were sufficient, while the congregation, like the young man, wants to know why they would want to do what we’re telling them they must do.

The problem is especially acute when we talk about money. Once, after giving a sermon and demonstration on proportional giving, a woman in her eighties said to me, “Thank you. That was the first sermon I’ve ever heard about money that didn’t make me mad.” I thanked her and we chatted, but later I thought, “This woman has been in church every Sunday for eighty years. That’s more than 4,000 Sundays. She has heard hundreds of sermons about money, and they have all made her mad.”

When we communicate guilt, obligation, anxiety and budget need in our talk about money, it makes our hearers resistant and sullen, if not downright angry.

Scrub obligation from your giving language

Look to your own experience, and scrub obligation completely out of your language. Why do you do what you do for the Church? Why do you give? Why are you here? It may take a while to get under the layers and layers of obligation and duty that have been laid on us, but dig until you can say how your giving and your Church involvement are helping align your will with God’s and helping you grow closer to God.

That includes what I call the passive-aggressive obligation language of “God is calling you to….” Be very careful about telling others what you think God is calling them to do. If you ever say that, make sure that you aren’t just trying to lay your own preferences onto others. For example, God is probably not calling people to increase their giving so you can balance the budget. In that situation, God is probably calling the leadership to identify new revenue streams and to outline a compelling vision that the congregation will want to support.

You will have to think carefully about what you want to say, and you will probably need to write it out. We slip so easily into the language of obligation that you can’t trust yourself to speak extemporaneously until the language of desire becomes your mother tongue.

And then you will be able to tell others something that may inspire them to want to do the same.

Jerry Keucher, an Episcopal priest, is the author of Remember the Future: Financial Leadership and Asset Management for Congregations (2006) and Back from the Dead: The Book of Congregational Growth (2012). He serves as priest-in-charge at St. Mary’s Episcopal Church in Brooklyn, New York, and works with ECF as a consultant. Jerry has served as chief of finance and operations for the Episcopal Diocese of New York. He has held similar positions in financial leadership, including Staten Island Botanical Garden and Staten Island Institute of Arts and Sciences. A gifted linguist he has taught Greek and Hebrew at Princeton Theological Seminary and Yale Divinity School.

The Episcopal Church Foundation (ECF) has received a three-year grant as part of Lilly Endowment’s National Initiative to Address the Economic Challenges Facing Pastoral Leaders. ECF’s grant entitled “From Economic Challenges to Transformational Opportunities” will provide lay and clergy leaders of the Episcopal Church with resources, tools and other support to help address the financial and leadership challenges of congregational ministry in the 21st century. 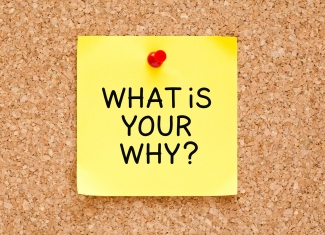