How do you build a strong and functional vestry that reflects the breadth of your church’s membership? In more and more of our churches, building a strong vestry includes creating and supporting space for ethnic, generational and linguistic diversity. A vestry that looks and sounds like your congregation and reflects the life experience of all your members (not to mention your changing neighborhood) probably won’t “just happen” without intentionality. The good news is that building and maintaining a strong, multicultural, multilingual vestry requires disciplined and consistent attention to basics that will make any vestry stronger. Even congregations that don’t identify as particularly diverse can benefit from these practices.

Building your vestry starts well before the first meeting. It begins with paying attention. Who in your congregation shows signs of a fruitful prayer life, of spiritual growth? Who is patient and kind? Who solves problems rather than creating them? Who takes life as it comes, with calm and faithful resilience, instead of anxiety? Who pays attention to congregational dynamics? Who notices opportunities to connect with the local community? Who sets an example of service? Who is creative? Who serves as a bridge between language and cultural groups within the congregation? Who listens, at least as much as they talk?

The next step is invitation. In many, if not most, cultures, there is stigma attached to volunteering for leadership. Offering oneself may seem forward, pushy, presumptuous or arrogant. Many of your best potential vestry members need to be invited to serve and sometimes more than once. They may need time to think about it, or they may need to be invited several years running. It can help to invite more than one person from each of the major generational, cultural, gender and linguistic groups in your parish. It is tough and sometimes anxiety-provoking to be the “only” person under 30, Chinese-speaker, transgender or Latinx person.

Effective innovation may involve some compromise with typical Episcopal vestry practices. One innovation tried at my parish in recent years is offering potential members one-year terms instead of the usual three years. The one-year term allows those who have never served on a vestry to try it out for a reasonable amount of time. Building a vestry that looks like a growing and changing congregation may involve inviting people who have only been in the congregation for a few years. For them, a three-year term may look like an eternity. Interestingly enough, we have found that our old-timers appreciate the one-year option as well. People sometimes say no to vestry service because they don’t want to fall short on the commitment. Work schedules, health, access to transportation and responsibilities for child or elder care can be difficult to predict three years at a time. Many people are more comfortable making commitments a year at a time. We have had several people serve three consecutive one-year terms!

Training and support help bring diverse gifts to the table

Once you have assembled your vestry, the challenge is to enable everyone to bring their gifts. A diverse vestry brings varied experiences of being heard — from those who speak up and expect everyone’s attention, to others, who long ago realized that speaking up in official contexts usually brings trouble. Some will be intimately familiar with financial statements and spreadsheet formats. Others will need clear explanations of what to look for in carrying out the vestry’s fiduciary responsibilities. Many folks will never have dealt with a budget larger than their households and will need help scaling up and understanding concepts like liability. People’s confidence in their ability to contribute will vary as will the ways they signal their interest in vestry process. Different cultures will show and perceive respect in different ways.

New vestry members need training and support. An extended vestry retreat early in the year provides an opportunity to set expectations and build relationships. Training should explain the roles of the various players in an Episcopal Church — vestry, rector, wardens, bishop(s), lay leaders and active members of the congregation. Vestry members should know what to do when people in the congregation approach them with ideas or complaints, as well as what to do when they have a concern about or disagreement with the rector or another member of the staff. Vestry members need to understand and agree on basic norms for vestry communication, confidentiality, conflict resolution and consensus-building. These will vary from congregation to congregation.

Preparation for vestry meetings is critical. In our parish, the rector meets with the wardens two weeks before each meeting and works through the agenda. The agenda is written up in both English and Spanish and emailed to vestry members. In one case, the email goes to the daughter of a vestry member who does not have her own account. We have experimented with various formats for agendas, sometimes including notes on major agenda items. Another idea would be to have an experienced vestry member contact each first-year member before meetings to go over the agenda. This builds relationships as well as preparing people to participate actively in each meeting.

Vestry meetings should be planned to include every voice at the table. In our parish this means starting with a Bible study where each person invites another to share. It also means that when we are making a big decision we take the time to go around the table and ask for each person’s input. Responses are translated carefully. There is time for questions. Because we are big on not un-making decisions, we try to make sure that everyone expresses their concerns before we move forward.

We handle language diversity in several ways in our parish. We made an intentional transition to bilingual meetings a few years ago. Previously, we had only invited vestry members who had enough English to follow along. Now we translate all our written materials, and invite several bilingual candidates each year who can help the monolingual folks keep up. We translate all of our important discussions, providing summaries of those that run long. We check in regularly to make sure everyone is following. Non-native speakers of both English and Spanish are encouraged to try out their second language skills in a supportive environment, but they always have the option of speaking in their first language. If this sounds like it makes for longer vestry meetings, it does. There’s no way around that, although we all try to keep things moving. Our shared commitment to full participation usually provides sufficient fuel to get through the time it takes. A person who does not have the patience for multilingual meetings may not be a good fit for vestries in multilingual congregations.

Finally, diverse vestries need to work toward developing diverse vestry leadership. We have used a co-warden format at our parish – pairing experienced junior and senior wardens with co-wardens who represent various segments of the congregation. Working in partnership with the clergy leadership, they provide valuable perspective to the rector and assure the congregation that a wide range of voices are heard and taken into account.

Anna Olson is a graduate of Union Theological Seminary and Stanford University, and was ordained in the Diocese of Los Angeles in 2000. She lives and works in the diverse Koreatown neighborhood of Los Angeles, serving since 2011 as rector of Saint Mary’s Episcopal Church, Los Angeles’ only historic Japanese-American Episcopal church. Her interests and expertise in parish ministry include working with historic congregations to connect with the needs and gifts of new neighbors; developing models for multilingual and inculturated liturgy; liturgy in public spaces; and opening space for marginalized communities to reshape and revitalize the church. She has a partner and two children, is fluent in Spanish and holds a second-degree black belt in taekwondo. 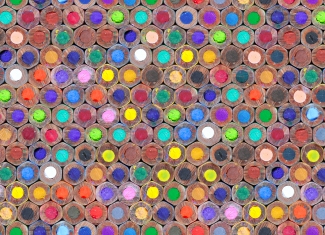