My background in music began in my teens in high school. At the time, I suffered from a debilitating bone disease which crippled my ankle bone. I was an oddly spiritual teen who prayed a lot and loved going to church at my spiritual home in Fort Hall. I loved music, and singing was an outlet for my emotions.

My priest, Mother Joan Laliberté, was my confidante, confessor and spiritual guide. She also encouraged my appreciation for music. She borrowed the works of Mahalia Jackson for me. I fell in love with them and remain so today. Joan also sent me to a choral camp in the mountains of Challis, Idaho, where I was immersed in a rich repertoire that included church, classical, modern, Gospel, Spiritual, Broadway and folk choral genres. There were over a hundred basses that year. I remember, as they went down to their low E’s and low D’s, being transfixed by the wall of sound around me. I describe it as the thunder of God!

From there, I decided I wanted to devote my life to music. After graduation from high school, I enrolled at Idaho State University, intent on studying music. I spoke to the head of the Music Department, about my desire, and he asked if I had any musical training. When I offered my experience at choral camp and singing to the radio, he seemed amused, but to his credit he enrolled me in beginning classes. I excelled, and eventually he became my voice teacher.

I won some awards in voice competitions and travelled with Chamber Choir to Europe, singing beautiful church music in the great cathedrals they were written for. As a voice major, I was expected to be piano proficient, study music theory and refine aural skills (recognizing chords and intervals on hearing). While never very good at the latter, I found the piano to be another outlet for my creativity. Using the methods taught to me and some innovations of my own, I learned quickly, passing all piano classes I-IV. My voice teacher at the time said “why don’t you study that too?”

Throughout my education I continued to sing in church back home, and after the four years of music study, I moved to the Wind River Indian Reservation in Wyoming, the place of my tribal enrollment. While there I cared for my elderly grandmother. I coordinated a community concert featuring Art Song, Sacred, Italian, Lieder and Hymnody, and I grieved the loss of the world of music. Coupled with the rural community and hardships of reservation life, I was a far cry from what I dreamed I would accomplish with my voice.

Home again, and with an expansive ethos of church music to share

My experiences and several losses and times of grief and healing have formed my ethos of music, and specifically, of church music. Eventually I returned to Idaho, and found myself back at my spiritual home in Fort Hall, the place of my baptism – Good Shepherd, where I became the Director of Music and remain so to this day.

There are hymns in the Hymnal that still have life, and some yet to be breathed into. “All who love and serve your city” (571) springs to mind. I have introduced that hymn in a couple events where I have served as liturgy designer / accompanist / vocalist.

I use “When Christ was lifted from the Earth” (603) often for its beautiful melodic line and words of justice. “O day of peace” (597) is another favorite that I come back to for the message of hope and unity, while “What does the Lord require” (605), sung with gusto and creativity with the melody and accompaniment, yields wonderful results.

For several years I have assisted the Episcopal Church Indigenous Ministries with Wintertalk, our Indigenous gathering, as a worship team designer and musician. I have offered my talents at General Convention in Indianapolis, Clergy Retreats for California and South Dakota and at the Diocese of Olympia’s online One Service for Turtle Island. I am currently in talks for other projects in the Episcopal Church.

At Good Shepherd I incorporate patriotic hymns around Memorial Day and Fourth of July though I know that is a discussion in the church today, along with displaying the flag. I would have no issue with moving the flags, and the patriotic hymns come once or twice a year, hardly idolatry. In my small church Indigenous context this works.

Summertime at Good Shepherd tends to feel more laid back. We use the baby grand piano more (the reed organ seems to make it hotter), throw open the doors and hope the breeze wafts though.

We have more Morning Prayer than Holy Eucharist here, the former not being too high, the latter incorporating sung Gloria, Doxology, Sanctus, Fraction and communion organ music. We gingerly incorporate Native American Flute and Drum songs wherever the moment calls for the Holy.

Focus on music you are moved by

As an advocate of and participant in Native ceremonial ways I feel it is right and good to incorporate traditional Indigenous practices into the service as is most respectful and appropriate to the community. I often stress to non-Indigenous communities the harm in co-opting Native like smudging, however well intentioned. Relationship with tribal peoples must be realized and participation in their cultural ways at their discretion.

Here at Good Shepherd, some of our hymnody has been translated into Shoshone and is included at different times in our worship. Songs from Taizé are beloved by me and used primarily in Evening Prayer, Compline and on Maundy Thursday. We often include Naraya, or circle dance / ghost dance songs into the service, and we burn traditional Indigenous aromatics and resin church incense.

During the pandemic, when we reemerged for worship online, we switched invariably to Evening Prayer or Compline, as that seemed like a great thing we could offer that no one was doing. Lots more smells and bells here, as canticles were sung or chanted and incense filled the air.

If there is a takeaway here, it would be to focus on music that you are moved by, regardless of notions of high or low. Indigenous tradition fits in this world and is to be valued. You are likely to hear Drum songs, Native Flute, Bach, Jazz chords and Gospel-like shouts at Good Shepherd, depending on the mood. Our hymnody is formed by The Hymnal 1982, WLP, LEVAS, Songs of Praise, Gather, Taizé, The Porter’s Gate, and several other sources made known to us. 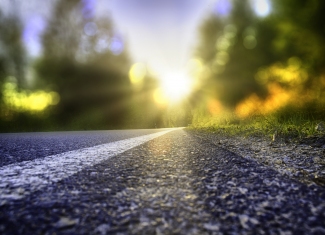