It is an honor for me to address this group on issues of climate change, biodiversity and indigenous peoples.

Science is clear with respect to the climate crisis and biodiversity. We are reaching, exceeding and then ignoring the turning points for the world’s environment that constitute a threat to mankind and all life on the planet – turning points that are hitting the poorest and most vulnerable the hardest.

The recent report by the Intergovernmental Panel on Climate Change reveals that our planet is suffering the consequences of a global warming of one degree Celsius, which means extreme weather conditions, rising sea levels and melting of the Arctic Sea ice. The report further states that we have less time than we thought – just 11 years – to avoid much more serious droughts, flooding, wildfires, extreme heat and poverty for hundreds of millions of people.

A report from the Intergovernmental Platform on Biodiversity and Ecosystem Services published just a few months ago reveals than 1 million species are presently facing extinction. And this time, mass extinction is being caused by us, not by an asteroid.

Consider this: A recent report by the World Wide Fund for Nature shows that animal populations throughout the world have decreased by an average of 60 percent since 1970. This is a profound and shocking decimation of “God’s creation” due to overuse and agriculture!

All of this is unnecessary. The recent EAT-Lancet Commission shows that we could feed the world’s expected population of ten billion people in 2050 without having to cut down a single hectare more of tropical forest, provided we take certain measures that would involve agricultural efficiency, reducing food waste and eating more plants.

Also, human rights abuse of indigenous peoples are on the rise. Last year’s Global Witness report shows that at least 164 defenders of the environment, many of them members of indigenous communities, were murdered for defending their lands against exploitation by the extraction industries.

The challenges before us

We religious leaders are very pleased to see the increased attention to peace and awareness caused by these events in relation to the issues regarding forests and the special rights of indigenous peoples, which are increasingly violated or ignored by one government after another. Such events are an extremely strategic and effective way to approach these three challenges: climate change, the loss of biodiversity and human rights abuses.

Consider climate change: If tropical deforestation were a country, its annual contribution to emissions causing climate change would exceed that of the entire European Union.

But at the same time, protection, restoration and sustainable management of forests offers up to one-third of the climate solution needed to fulfill the objectives of the Paris Agreement. This is not widely known, and it needs to be.

Consider biodiversity: Protection of tropical forests is vital if we are to confront the crisis of extinction, as it is estimated that these forests are home to two thirds of all plant and animal species.

However, indigenous people and the forest communities are on the front line of the deforestation crisis. They are under threat by illegal felling and miners, by poachers, drug traffickers, agroindustry and even some governments.

Recognizing the territorial rights and authority of indigenous peoples is key

The link between culture and the environment is obvious to the indigenous communities. All indigenous peoples share a spiritual, cultural, social and economic relationship to their traditional lands. The traditional laws, customs and practices reflect both their closeness to the land and their responsibility to preserve their traditional land for use by future generations. In Central America, the Amazon Basin, Asia, North America, Australia, Asia and Northern Africa, the physical and cultural survival of indigenous communities depends on the protection of their land and their resources.

Over the centuries, the relationship between indigenous peoples and their environment has been undermined by dispossession or forced displacement from traditional lands and sacred sites. Rights to the land, use of the land and resource management continue to be critical issues for indigenous peoples all over the world. Development projects, mining and forestry activities, and agricultural problems continue to displace indigenous people. Environmental damage has been substantial. Various species of fauna and flora have become extinct or threatened, unique ecosystems have been destroyed and rivers, as well as other bodies of water, have become intensely polluted. Commercial plant species have replaced the multiple varieties that were locally adapted and used in traditional agricultural systems, resulting in increased prevalence of industrialized agricultural methods

In Colombia, despite far-reaching policies that recognize special rights for indigenous peoples and minority ethnicities, enshrined in our National Constitution itself, which holds up the nation as a multiethnic and multicultural state, the indigenous peoples’ rights to their territory and full recognition of their authority have yet to reach the degree necessary for their protection.

The Rt. Reverend Francisco José Duque Gómez is the Bishop of Colombia and the only official Bishop of the Colombian Anglican Episcopal Church with voice and vote in Lambeth Canterbury.

Born on September 17, 1950 in what is called the "Coffee Region" of Colombia, Bishop Gómez studied law and social sciences in Bogotá and later became a professor at different university centers. Ordained a priest on December 8, 1987, he served as a worker priest in various parishes and missions in Bogotá. He was consecrated Bishop on July 14, 2001 in the San Albán parish. In 2006, Bishop Gomez was the first Hispanic and foreign national nominated by the House of Bishops of the Episcopal Church in the United States to serve as Presiding Bishop of the Church in the United States. 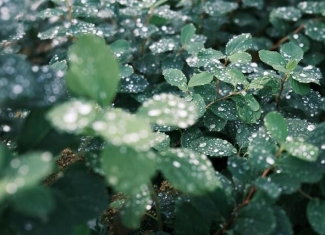