It is beneficial to know my background as a third-generation Mexican American born in San Antonio, Texas, with strong cultural and linguistic ties to my Northern Mexican roots. I feel comfortable in my identity as a hyphenated, acculturated American, a hybridized consciousness that has been distilled and squeezed through the symbiotic cultural struggles of the Tejano Mexican American experience. This bifurcated identity has also produced a sense of “liminality,” – living in the hyphen – which gives me the ease of culturally navigating back and forth on the English-Spanish spectrum. There is no doubt that I need both cultures and languages to be psychologically and culturally whole. Although I was raised in the Mexican Westside of San Antonio, my Peace Corps stint in Venezuela instilled in me a strong sense of Latinidad, a pan-Latino awareness, which facilitates my interaction with the multiple U.S. Latino nationalities represented across the country and especially in Latino ministry.

Evolutionary Impact of the Fellows Designation and Research Project

Being named a Fellow through the ECF Fellows Program in 2013 proved to be a major catalyst in my developing an expanded and more inclusive evangelization concept which I call Transcultural Latino Ministry. My Fellows project was premised on the notion that our traditional Episcopal Latino ministry has been too narrow in its evangelistic scope since it does not generally include the American-born, U.S. acculturated and English-prone Latinos. My Fellows designation and related project research also resulted in a series of assignments and the rise of a ministry specialization that has enabled me to become an ardent advocate for expanding our traditional Latino ministry to include all the Latino generations, foreign-born and U.S. born. Fortuitously, the Fellows designation also opened the door for my becoming an adjunct instructor at the Seminary of the Southwest in 2014. A subsequent appointment followed, being named as the seminary’s interim Director of Latino/Latinx Studies, which provided an excellent opportunity over the course of three years to broaden the seminary’s concept of Latino ministry to include the so-called Later Generation Latinos (“LGLs.“)

Most notable in the development of my multigenerational Latino ministry was my partnership with the Rev. Canon Anthony Guillén, head of the Episcopal Office of Latino/Hispanic Ministries. Through the work done by Guillén in producing the 2009 publication, The Episcopal Church’s Strategic Vision for Reaching Latino’s/Hispanics, he also had concluded that TEC must expand its Latino ministry to be inclusive of all the country’s Latino generations. This partnership has proved to be fruitful over the last eight years, having now developed a variety of nationally offered, Latino ministry competency training courses and seminars aimed at seminaries, diocesan bishops and staff, clergy and lay leaders. Interestingly, this interaction with all types of practitioners in Latino ministry has further exposed the reality that our traditional Latino ministry is not culturally and linguistically adept at reaching the U.S. acculturated and English-speaking Latinos in the U.S. What is also interesting is that the other Episcopal ethnic ministries – Black, Asian and Indigenous – are also acutely aware of the challenges of their respective generational divides and the corresponding impact of their acculturation patterns and dynamics.

The Need for a Parallel Track in Latino Ministry

This article suggesting that a new paradigm of Latino evangelism is now upon us should not be misconstrued as questioning the need for this Spanish-speaking ministry or the support desperately needed by the traditional Latino ministry. The reality is that for the foreseeable future, we will still need pastors with the cultural and language competency to minister to the Spanish-speaking, first generation Latinos who form part of the Episcopal Latino “Ethnic Church.” Another fact is that the traditional Latino Ministry was never expected to reach out to the English-speaking Latinos/as in the general population. In truth, the existing Latino ministry paradigm is not culturally equipped for reaching out to these at-large LGLs. Regrettably, the reality is that the U.S-born Latinos are neither evangelized by the Episcopal Latino congregations, nor the “Anglo” or English-speaking congregations who predictably have very little interaction with the English-speaking Latinos.

In addition, a cursory peek at the socio-demographic realities surrounding the U.S. Latino population uncovers the following:

The Rev. Albert R. Rodriguez has been involved for the past thirty-plus years in Episcopal Hispanic/Latino ministry on local, diocesan and national levels. His MDiv is from Seminary of the Southwest, where he currently is an occasional adjunct instructor. He previously served three and a half years as SSW’s Acting Director of the Latino/Hispanic Studies program in Austin. Fr. Al also was a founding director of the current El Buen Samaritano Episcopal Mission in Austin, a non-profit, medical and human needs ministry now in its 35th year of operation. His parish background includes his 15-year tenure as rector of a dual language parish in Austin, which led to his receiving grants from the Episcopal Church Foundation's Fellowship Partners Program and the Episcopal Evangelism Society to research the changing dynamics of traditional Latino ministry. His specialty now focuses on the context of Latino ministry within the transcultural and multi-generational reality of the U.S. acculturated Latino. He describes this reality in his latest publication, “Trans-cultural Latino Evangelism: An Emerging New Paradigm,” published in the 2019 fall issue of Anglican Theological Review. Currently, Al serves on the teaching team of the Episcopal Latino Ministry Competency course sponsored by the Office of Latino/Hispanic Ministries, as well as for its sister seminar, New Camino. 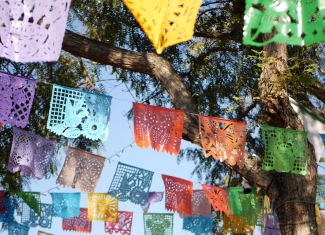