As the nation celebrates Hispanic Heritage Month, the Episcopal Church Foundation (ECF) and the Office of Latino/Hispanic Ministries pause to recognize the contributions and leadership of Latin@/Hispanic Americans in the Episcopal Church and the dramatic impact that they’ve had on the Church. We start by declaring a debt of gratitude to the vibrant and growing Latin@ ministry in Province IX, Puerto Rico and now Cuba. They have contributed to the vitality and strength of our church, since many of our Latin@ clergy in the United States were initially imported from Province IX, which includes the Dioceses of Colombia, Dominican Republic, Ecuador Central, Ecuador Litoral, Honduras and Venezuela.

Latin@s are a gift to our common life in this country and in the Church. Our deep sense and broad understanding of the concept of family is a foreshadow of God’s dream for us all: a Beloved Community. Our rich culture, unique music, religiosity and relational approach to life and work are among the many contributions we bring to our beloved Episcopal Church. Latin@s bring “sabor” (flavor) and a deep understanding of diversity as our own culture is enriched with multiple layers of diversity within itself. It is this dynamic and thoughtful approach to life and ministry that has impacted the Episcopal Church for decades as the demographic in the United States and the Church has continued to show a growing trend of the Latin@ population.

The growing U.S. Latin@ population and the Episcopal Church

Interestingly, the first Latin@ congregations in the U.S. were established in 1930 – St. Edward the Martyr in New York City, and in 1938, San Pablo in Phoenix, Arizona. It was not until 1971, however, that the Executive Council created the National Commission on Hispanic Affairs, which was soon followed by the Office of Latino/Hispanic Ministries. Since its inception, there have been five Director/Missioners: The Rev. Jorge Juan Rivera, Ms. María Cueto, the Rev. Canon Herbert Arrunátegui, the Rev. Canon Daniel Caballero and the Rev. Canon Anthony Guillén. The wider Church recognized the need for expanding our portfolio to appropriately serve our growing population, which resulted in the creation of the Associate Missioner position for the Office. The Rev. Samuel Borbón, who is a great partner in ministry, serves in this role.

In 2009, the Episcopal Church’s Strategic Vision for Reaching Latinos/Hispanics was adopted at General Convention. That vision called on the Church to reach out to the growing Latin@s of second, third and fourth generation who are bilingual and bicultural. These native-born Latin@s represent two-thirds of the 62.1 million Latin@s in the U.S., a population that has grown 23 percent in just in the last 10 years. At the same time, the number of Latin@ congregations in the U.S. grew by over 50 new ministries, bringing us to over 275 congregations in the U.S., plus another 300 congregations in Latin America alone.

The current mission statement of the Office of Latin@/Hispanic Ministry states in part: “Latino/Hispanic Ministries yearns for a church that embodies the multiethnic, multilingual and multicultural context we live in today.” Increasingly our work has focused on helping the Church understand this growing population so that they can be better equipped to reach out and engage them in ministry.

Two ways that we do that are through seminars, such as New Camino (offered upon invitation from the bishop of a diocese) and our very successful ELMC (Episcopal Latino Competency Course) and VELMC (Virtual ELMC). ELMC has provided cultural competency to over 350 clergy, seminarians and laity across the Church since it began in 2017. It is notable that 40 percent of the dioceses in the United States have some sort of Latin@ ministry. That is something worth celebrating. But we have more work to do, since we note that of the 47 dioceses with Latin@ ministry, there are only 18 diocesan Latin@ missioners, of which only seven are full-time positions.

Latin@ bishops and seminary faculty enrich the Church at large

Yet we see Latin@s engaged in significant roles across the country, bringing a richness to the Church at large. A point in fact, we have our bishops with a Latin@/Hispanic background – Bishop Daniel Gutierrez in the Diocese of Philadelphia, Bishop José McLoughlin in the Diocese of Western North Carolina, Bishop Hector Monterroso in the Diocese of Texas and most recently, Bishop Craig Loya in the Episcopal Church in Minnesota. These bishops are doing an amazing ministry in their respective dioceses. Recently Bishop Gutierrez has reopened three previously “closed” churches in three years, while Bishop McLoughlin has hired a new full-time Missioner for Latino Ministry. The Rev. Oscar Rozo has brought new life to a congregation that was in the process of closing and that is now a multicultural center offering bilingual worship. Bishop Monterroso is credited with bringing the Diocese of Texas’s annual Latin@ lay leadership conference to a new level of excellence and participation, even during the pandemic. We celebrate the gifts that these four Latin@ bishops bring to the Church and the House of Bishops. We look toward to a day when the Church will raise up many more bishops of Latin@ heritage.

We also have a growing presence of Latin@s as part of seminary faculties, like the Rev. Dr. Altagracia Perez-Bullard, Director of Contextual Ministry and Assistant Professor of Practical Theology at VTS; Dr. Sandra Montes, Dean of Chapel at Union Theological Seminary, and now, the recent appointment of the Rev. Nancy Frausto as Director of Latinx Studies at Seminary of the Southwest. Latin@s are not only serving on faculties, but we have more than 20 bilingual/bicultural seminarians attending seminary across the U.S. and probably close to 100 in Latin America.

Latin@ ministry and leadership continues to grow and serve the Church

Every day we see more dioceses incorporating Latino ministry as an important role of ministry. Latin@s like the Rev. Canon Victor Conrado, Canon for Congregational Vitality and Formation in the Diocese of New York, and the Rev. Alex Montes-Vela, who just started as Missioner for Congregational Vitality in the Diocese of Texas. The Rev. Quirino Cornejo serves as the Missioner for Ethnic Ministries for the Episcopal Diocese of Colorado and the Rocky Mountain Synod (ELCA). Additionally, positions as Cathedral Canons, traditionally held by people of the dominant culture, are now expanding with the recruitment of Latin@s to hold those positions. Such is the case of the Christ Church Cathedrals of the Dioceses of Connecticut, Indianapolis and Western Massachusetts with Canons Jorge Pallares, Hipolito Fernandez and Joel Martinez, respectively, and Canon Eliacín Rosario-Cruz at St. Mark’s Cathedral in Seattle, Washington.

We also want to recognize three individuals that are making a huge impact in the Church: The Very Rev. Miguelina Howell is the first and only Latina Dean of a cathedral serving at Christ Church Cathedral in Hartford, Connecticut. She has also served as a chaplain to the House of Bishops for the last six years, one of two Latinos who have served in the history of the House of Bishops. The Rev. Dr. Juan Oliver who is currently our Custodian of The Book of Common Prayer and author of two books. And the Rev. Lorenzo Lebrija who has brought his innovative mind to the Church through TryTank and has recently authored his first book. We are also pleased that there are Latin@s on several boards of institutions and seminaries of the Church including but not limited to: Forward Movement, Episcopal Evangelism Society, Kanuga and the General Theological Seminary, Seminary of the Southwest, the University of the South, and two Latinas on the Board of ECF.

Lastly, we must also acknowledge the pioneering leadership of countless Latin@s who are no longer with us, but who have left an incredible legacy of Latino ministry in this country. We commit to continue building on this legacy which is now an essential component and reality of our Episcopal life in the United States and in Latin America.

The Rev. Canon Anthony Guillén has been the Director of Ethnic Ministries and the Missioner for Latino/Hispanic Ministries on the Presiding Bishop’s staff since 2005. As Missioner, Guillén developed the Episcopal Church’s Strategic Vision for Reaching Latinos/Hispanics, which challenged the Church to rethink the dynamics of ministering to today’s Latino/Hispanic communities, two-thirds of whom are American-born Latin@s and characterized as multi-generational, English-dominant and bicultural.

Guillén has been a strong proponent of utilizing digital resources for over a decade and is committed to raising and equipping a large network of “digital disciples” that together can spread the Gospel and introduce people to the Episcopal Church. Guillén and the Office of Latino/Hispanic Ministries yearn for a church that embodies the multiethnic, multilingual and multicultural context we live in today. Their vision is to make the Episcopal Church known to Latino/Hispanic communities that they may experience our church and embrace it as their spiritual home. 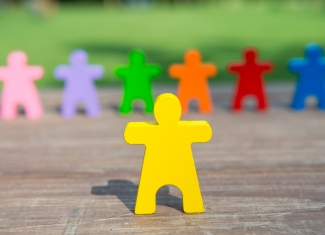