Center for Chinese Congregations in LA and Beyond

Li Tim-Oi Center was established by the Church of Our Saviour, San Gabriel, and the Diocese of Los Angeles in 2014 to address an “evangelistic emergency” that arose with the waves of Chinese immigrants over last few decades. Between 1980 and 2014, the population of Chinese immigrants in the United States grew nearly seven-fold, from 812,178 to 5.4 million. With China replacing Mexico as the top country for sending immigrants to the United States, our Chinese ministry is faced with new challenges and wonderful opportunities. It is imperative that the Episcopal Church respond to the needs of the Chinese Americans, and especially newly arrived immigrants.

The Center in LA is named after the first female priest in the Anglican Communion, the Reverend

Florence Tim-Oi Li. She was ordained in 1944 to meet the “evangelistic emergency” presented then by waves of war victims rushing into Macao from mainland China during the Japanese invasion. Bishop R.O. Hall, who ordained Li, compared her with Cornelius in the Acts of the Apostles. Her courage, bravery and faithfulness in taking up the challenge of her age means a lot to us, setting a good example as we carry out the Chinese ministry of the Episcopal Church today.

Because the Church’s Chinese ministry had a severe shortage of lay and ordained leaders, the Li Tim-Oi Center began offering lay leadership training courses right from the start to raise up lay and ordained leaders. From 2014 and up to the Covid-19 pandemic, Li Tim-Oi Center offered nine courses to more than one hundred students. Courses included: Liturgy and the Book of Common Prayer; Church History and Evangelism; Biblical Studies 1: Introduction to the Bible; Christian Education/Adult Formation; Lay Pastoral Care; Church Administration; Biblical Studies 2: The Geopolitical, Economic and Cultural Background of the Bible; Christian Worship; and Music and Worship.

These courses were culturally and linguistically sensitive to the needs of the Church’s Chinese ministry. They were taught in Chinese, since many lay leaders were new immigrants and their English skills were not strong. Designed specifically for Chinese ministry, the course content would not have been taught in any Episcopal seminary. For instance, the course on Church History and Evangelism devoted one-fifth of its time on the history of Christian churches in China and on the Chinese churches in the U.S. The Christian Worship and Music and Worship courses dealt intensively with Chinese culture, Chinese music and hymns in Christian worship.

The COVID-19 pandemic prevented classes in the beginning, but when people became used to Zoom meetings, we realized that it was an opportunity to start online classes. At that point, we were ready to make video recordings of the lectures and to hold classes online. This also allowed us to offer our courses to the Chinese congregations in dioceses other than in the Diocese of Los Angeles. When we offered our first online course on Liturgy and Book of Common Prayer to the wider Chinese congregations last year, lay leaders from the Diocese of Long Island were able to join our classes via Zoom.

As hate crimes against the Asian people, particularly the Chinese, surged during recent years, Li Tim-Oi Center offered a timely online course on Racial Equality, Social Justice and Building up a Beloved Community. The course emphasized how the Chinese people, who are often victims of racism, should respond to this evil with Christian love and proper actions, instead of fear and anger, along with ways to build a beloved community to prevent and overcome social injustice. With the same purpose, the Center is making a series of short educational videos on Racial Equality, Social Justice and Building a Beloved Community. They will be soon offered to the Chinese community in the U.S.

Apart from lay leadership training, Li Tim-Oi Center explored another pilot program, which is reaching out to the Chinese people in neighboring communities and building up a faith community by utilizing social media. Today, social media is indispensable in our lives, and that is particularly the case for new immigrants, who have moved to a foreign country where they don’t have many family members and friends. Almost all the Chinese immigrants from mainland China use a popular Chinese social media called WeChat. In the past, Li Tim-Oi Center took advantage of one of its functions, The People Nearby, to reach out to Chinese immigrants and inform them about the programs of our church, as well as to invite them to the worship and events of our church community. By doing so, Li Tim-Oi Center built up a Chinese congregation of more than 60 members in about two years.

Li Tim-Oi Center has raised one English and Chinese bilingual ordained priest and another one is on the way. We will continue to offer lay leadership training courses to raise more leaders for the Church. And we are planning more courses relevant to the Chinese community, such as liturgies for Chinese festivals and Christian Ethics sensitive to the Chinese culture. It is our desire to better serve the Chinese congregations in the Episcopal Church.

The Reverend Thomas Ni was ordained in 2007 as a deacon and 2008 as a priest, and is one of a few priests in the Episcopal Church from Mainland China. Shortly after ordination, he started a Mandarin-speaking congregation and has since been ministering to Mandarin-speaking Chinese immigrants, first at St. Edmund’s Episcopal Church, San Marino, California, and now at the Church of Our Saviour, San Gabriel, California. Thomas also serves as the Executive Director of Li Tim-Oi Center, which explores creative ways to develop Chinese ministry. The Center’s Chinese lay training program, launched in 2014, aims at helping not only Chinese congregations in the Los Angeles Diocese, but also all Chinese congregations in the U.S. 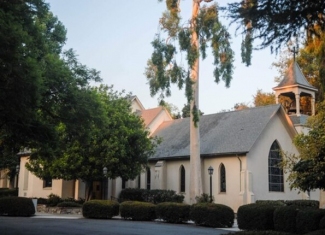