Treat the Disease, Not the Symptom

At a meeting I attended a few years ago, Kirk Hadaway, the congregational research officer for The Episcopal Church, noted, “conflict over leadership and conflict over finances were the areas most strongly related to decline in average Sunday attendance.” In other words, conflict is usually a symptom of a leadership or financial problem. Several of the participants in the meeting said that this information made them want to learn more about how to manage conflict. No one said that the information made her want to address the leadership problems that are usually the cause of conflict.

It is important to remember that conflict is almost always a symptom of an underlying problem. Yes, there are difficult and even crazy people in our churches who seem to delight in causing arguments and ill feeling, and it is easy to think that if those people just went away, everything would be fine. However, the fact is that usually conflict is the sign that something else — normally a combination of finances, buildings, and leadership — is not right in the life of the congregation. Trying to treat the symptom without treating the underlying condition is like concentrating only on treating a pneumonia patient’s cough. The cough will subside only when the infection causing the cough is healed. We might wish that the concerns were more “spiritual,” but each parish church is a local incarnation of the Body of Christ; the physical aspects of the institution must be healthy for the congregation to thrive.

There is more conflict in our congregations today because more of our congregations are declining. Declining congregations tend to have more conflicts and more serious conflicts. When there has been no leadership or bad leadership, when there are more and more urgent appeals for money, and when people see the steady deterioration of the buildings they love, they become anxious and fearful about the future of the parish. That anxiety and fear usually cause people to turn on one another because there is no vision that inspires people to think things can get better.

Here are some things I have learned from leading turnarounds in three congregations that were on the brink of failure when I arrived.

Finally, remember that the people are the solution, not the problem. Most people want to be healthy and want to be part of a healthy congregation. As you address the underlying problems—and remember, these problems are usually about buildings, finances, and leadership— people will begin to catch the vision that things can get better, and the conflict will begin to subside, and people will begin to work together better.

For the first three years in my current parish, while I was trying to bring about a real estate development project, vestry meetings were long and loud, with a lot of acting-out. From the moment the vestry voted to enter into formal negotiations with the developer, all of that almost immediately disappeared. We had identified and agreed on a viable path that would bring long-term financial stability to the congregation. The underlying condition (no vision of the future) had been addressed, so the symptoms (conflict) subsided.

Jerry has served as chief of finance and operations for the Episcopal Diocese of New York. He has held similar positions in financial leadership, including Staten Island Botanical Garden and Staten Island Institute of Arts and Sciences. A gifted linguist he has taught Greek and Hebrew at Princeton Theological Seminary and Yale Divinity School. 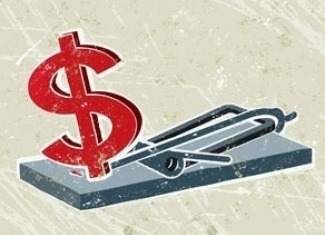