Or, how this smaller Episcopal Church got its endowment…

Joan Kilian has been rector of Trinity Episcopal Church, Statesboro, Georgia since 2002. As she recalls, following the consecration of V. Gene Robinson as bishop of New Hampshire in 2003, the congregation weathered the departure of some 20 households, reducing their $185,000 operating budget by nearly 30 percent. They had no funds set aside to cushion that blow, which required making difficult financial decisions. That wake-up call raised both awareness and commitment in the congregation, and members saw clearly the impact of their individual contributions, both in finance and in ministry.

In 2005, in the midst of both a Lenten series on final affairs and the creation of a centennial memorial garden, the congregation began to discuss how they might build a legacy for future generations – “our grandchildren.” Joan had successfully worked with leadership at her previous congregation to start an endowment and the time seemed right at Trinity.

Many congregations think of themselves as “too poor” to aspire for an endowment. Yet the very fact that there is no endowment can rule out a potential gift from a member or a person in the community who loves the church and wants to express their appreciation. Because an endowment structure hasn’t been created, donors sometimes have concerns about how funds will be used: Will my gift simply be spent on operating costs? Will my gift have lasting impact, and testify over time to how much I loved the church? Will my intent be honored appropriately when there’s no structure in place to receive, invest, and disburse the gift over time?

In consultation with Episcopal Church Foundation’s senior program director, Ken Quigley, Trinity’s leadership used the resources in ECF’s Funding Future Ministry as well as their sample structure documents to set their endowment fund in motion. They spent many months fine-tuning resolutions and policies to suit their situation. They raised awareness of the need for and the benefits of an endowment among the members of the congregation. And they provided a way to honor those who contributed to the effort. By 2009, careful work by the vestry and church leaders had laid the groundwork. The church held a gala kick-off for the All Saints Society, with the goal of raising the $10,000 minimum needed for opening an ECF endowment account. The successful event allowed Trinity to become an ECF client.

Frequently, the obstacle to creating an endowment is, simply, “we don’t have the money.” ECF’s $10,000 minimum allows congregations with limited assets to start small. Trinity’s fundraiser was a creative way to get started – they needed an attainable amount to open an account, and that became their goal. The immediately measurable success – “we raised enough money to start an endowment fund” – provided a “quick win” that earned the congregation “bragging rights.” And the news that there was now a fund, ready to grow, became part of Trinity’s story in the community.

To complement their endowment work, Trinity formed a legacy society. The All Saints Society is dedicated to honoring donors to the fund as well as those who name Trinity as a beneficiary of their end-of-life planning. Because of Trinity’s engagement with the larger community, even people who are not members of Trinity have joined the legacy society.

Now, donors of $1,000 or more to Trinity’s endowment as well as those who name Trinity in their wills are celebrated as legacy society members each All Saints Day. Just this past year, the church received a gift from the daughter and son-in-law of a member that nearly doubled the size of their endowment, bringing it to over $60,000. The church hosts weekly yoga classes open to the community, and the rector has recently learned that a woman in the community who attends those classes has named Trinity in her will. The All Saints Society has grown to include some 20 households.

In giving thanks for the growth of Trinity’s endowment, Joan recalls how long the process of studying and customizing the endowment policies and guidelines seemed to take. She recognizes how that careful process has borne fruit. “I remember the ECF book [Funding Future Ministry] talks about building ‘a well-constructed nest.’ People need to have confidence that their gift will be used well.” Joan celebrates the contribution the endowment makes each year in helping to fund scholarships for students in their companion Diocese of the Dominican Republic, as well as other outreach efforts. A favorite quote from Archbishop William Temple serves as a good reminder of why continuing these ministries is important: “The Church exists for the benefitof those who do not belong to its membership.”

The rewards of creating an endowment extend far beyond money in the bank. The congregation that educates its members about planning for the end of life gives a gift to them and their families. The process of structuring an endowment and creating a legacy society offers an opportunity to address stewardship as a whole-life, year-round concern for Christians. Listing endowment income in the parish budget, showing how those funds enable ministry, demonstrates the impact of each gift. The endowment provides a way for the saints who have gone-to-glory to provide ministry impact far beyond their lifetimes. And making intentional plans to fund future ministry can benefit the church for generations to come.

Demi Prentiss is a program consultant in the Endowment Management Solutions division of Episcopal Church Foundation (ECF), offering support to dioceses and congregations in structuring and growing their endowments.

Previously, she served five years as ministry developer for the Episcopal Diocese of Fort Worth, partnering with individuals and congregations in that re-organizing diocese to re-imagine how to be the church. She has served a brief stint on the Presiding Bishop’s staff as Program Officer for Lay Leadership, and spent many years as a ministry developer in congregations varying from family to resource size. She holds degrees from Seabury-Western and Harvard, and is author, with Fletcher Lowe, of Radical Sending: Go to Love and Serve. She lives in Denton, Texas, where she has built a practice as a life and leadership coach for leaders in congregations and nonprofit organizations.

Try This
Caring for the givers: Does your congregation have a plan and a process for recognizing those who have made a significant gift to God’s mission through your congregation? Do you consider these gifts as part of their faith stories?

For reflection and discussion: 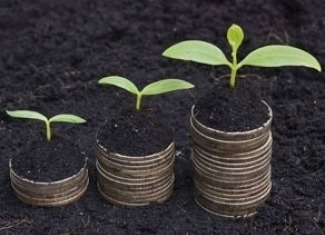