An “Endow your Pledge” Campaign

Endowing one’s pledge is the ideal way for some church members to support their beloved institution long after their passing. Creating an endowed pledge requires a parishioner to include adequate funds, explicitly designated for the church, in the member’s estate plans. The words “adequate funds” are defined as funds that would annually – in perpetuity – produce interest equivalent to their annual pledge. If, for example, a member’s annual pledge was $2,500, it would require a $50,000 gift in that person’s estate plans be directed to their church. Churches typically take a 4-5% annual payout from their endowment. (Note: If you embark on this campaign, I recommend using a chart in your communications. It would contain several examples and state: “If your pledge is $X then $Y would be required to endow your pledge.)

Because most people designate these funds to be paid upon their death, “endowing one’s pledge” should not be confused with the annual campaign where one pledges to give X dollars each year to support their church’s operating budget. Most churches depend heavily on the annual campaign to support each year’s mission and ministry. Estate gifts are typically placed in the church endowment and, while use of the endowment interest varies from church to church, most often these funds are spent on building maintenance. Many churches, including Calvary Pittsburgh where I serve, permit parishioners to specifically designate or restrict the use of their estate gift for purposes such as music, outreach, stained glass windows, or building maintenance.

Although the funds to endow one’s pledge are typically transferred to the church endowment upon a person’s death, occasionally members opt to give this gift during their lifetime. A major reason for this is that after age 70.5, when people are required to take a payout from their retirement funds, there are substantial tax benefits to giving some or all of the payout to a nonprofit.

If your parish is discussing a possible “Endow Your Pledge” campaign, please know that it’s not difficult. However, this campaign may not be as successful if it lacks context and a message that has been repeated frequently and resonates with your parishioners. Therefore, before embarking on this campaign, I highly recommend that you create a formal legacy society structure to acclimate your members with discussions about estate planning, opportunities for creating a legacy, and sustaining your church into the future.

Think of this campaign as one more tool in the planned giving toolbox. After your congregation is accustomed to hearing requests to remember the church in their will, the next biggest issue standing between you and a successful campaign is an effective marketing/communications plan. Your parishioners will need to understand the following salient points:

➢ What does endowing one’s pledge actually mean?
➢ How much money is needed to endow a pledge?
➢ How is this campaign different from the annual pledge campaign?
➢ Why is this campaign important?
➢ How will these gifts be used?
➢ Plus, additional information germane to your particular church should be explained.

When we started the campaign many of the “usual suspects” were already members of our legacy society, so our goal was to add parishioners who have long been deeply involved in our church. The exciting news is that in addition to several members endowing their pledge, one family made a gift directly to the church’s endowment; three previously anonymous donors presented paperwork; and a member who left the state, pledged an estate gift. As of August 2017, our legacy society is 61 members strong - including those who have endowed their pledge - in a church with 350 pledge units. This society had only 41 members in early 2014 and four of these members have since died.

Our goal is to have 10%, or 35 pledge units, endow their pledge. However, I want to stress that, in all communications, we stated that we understand not everyone is able to endow their pledge and estate gifts of any size are greatly appreciated and will have a positive impact on Calvary’s future.

If you have any questions, please email me at dc1kelly@gmail.com

Deborah Kelly is the Planned Giving Chair at Calvary Church in Pittsburgh, PA. 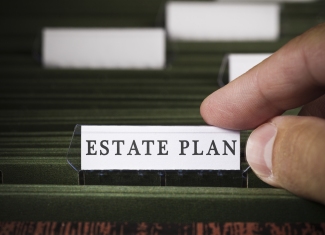