Everything was fine. Certainly that’s how St. James’ parishioners felt and the way other parishes and clergy viewed us. We had four services on Sunday, a thriving Sunday school and the parents that come with it, twenty- and thirty-year olds as well as older adults. Forums on Sunday were well attended, and we were feeding and sheltering some of our low-income and homeless neighbors, as well as sending volunteers to Malawi and Haiti and working with the children of incarcerated parents here in New York City. Our programmatic life was humming along.

However, whenever parishioners were asked what they loved about St. James’, they always spoke first about the sense of community they found here. It’s hard to complain about that (and it is a great community), but there was no talk of transformation or God, let alone Jesus. And stewardship (again, fine by the standards of many parishes) was flat, indicating that we were, for many of our parishioners, just another nonprofit. Maybe their favorite, but not a place that was changing or challenging them at the center of their lives.

I was flummoxed. And as the rector, discouraged. Yet I hardly felt there was much reason to complain when everything was ‘fine.’ Fortunately a trusted friend and mentor, the Rev. Carol Anderson, was willing to listen to me whine. But only briefly. Then she pointed out that unless I was willing to change everything so that we were focused only on creating disciples – parishioners who wanted to follow Jesus and take up the call to love God with their whole heart and mind and strength and their neighbor as themselves – I shouldn’t expect much to shift.

Some serious soul-searching and conversation ensued. Conversations with staff, both clergy and lay, and with the vestry. It turned out that despite the overwhelming sense that everything was going well, once the possibility of “more” was raised, excitement (and anxiety) grew. It helped that the “more” was not about doing more, but rather a sense that church and our life of faith could mean more for all of us if we could find ways to grow spiritually. It also helped to acknowledge that this might mean stopping some of what we were doing if it wasn’t leading people deeper into discipleship. As we laid out the idea of focusing all that we did during the week as well as on Sunday on knowing and following Christ, a lay staff member started to tear up. “Really? We could do that?” she said. “That’s why I wanted to work in a church.” Her comment was a gift, but also a tough lesson. She had not known that until that moment.

As we began to reimagine our parish life, we learned about RenewalWorks, a ministry of Forward Movement. Using data drawn from more than 1,000 parishes across multiple denominations, they have shown that in spiritually vital congregations, parishioners are developing spiritual practices and disciplines. RenewalWorks provides no set program to fix what ails parishes, but they know from the research that the key indices for spiritual vitality are:

All of that moves people along a continuum, from exploring faith to growing in faith to deepening faith in Christ and finally, to being centered in Christ. The RenewalWorks process provides a wonderful diagnostic tool – the spiritual vitality survey – to help congregations discover where parishioners are and what they need to move forward.

A high percentage of our parishioners completed the survey (a blizzard that kept everyone home for two days helped). The results were clarifying – and distressing. The clear majority of our parishioners were in the first two stages of spiritual growth (exploring and growing) with many reporting no real sense of core Christian beliefs or how to pray. Despite our efforts at engaging people with the Bible, it still felt like a foreign country to many. It was cold comfort to know we were well within the norm for Episcopal parishes. But it was also galvanizing.

The results underscored the fact that no matter how compelling worship is, unless everything points towards Christ and the path of discipleship, that weekly hour won’t be enough to change people. Fortunately, RenewalWorks asks congregations to form a task force and helps process the results of the survey so that the task force can formulate plans to go forward, plans developed from the expressed needs and longings of the congregation.

Here’s a sample of how St James’ moved forward: The rows of chairs facing the ‘teacher’ in Sunday forums changed to round tables where parishioners spoke with each other with some prompts and questions from a facilitator. From trying out prayer practices (we also had retreats where parishioners could learn ways to pray) to Bible study to conversations about Faith’s Big Questions, the forum room has become electric with conversation and insight. We launched a catechumenate, using Forward Movement’s free curriculum, Transforming Questions, and have a dozen people each year who commit ten weeks to exploring the fundamentals of the faith. There are Bibles in the pews and they are used during sermons. Education for Ministry (EfM) has blossomed. Parishioners now lead morning and evening prayer five days a week. Two hundred parishioners, from 18 months to 95 years old, went on a Parish Weekend Away to explore the Book of Ruth! Small groups, formerly a struggle to launch and sustain, took off with 70 people committed to spending a season exploring the Apostles Creed. The list goes on.

When we retook the survey three years later, we learned that the congregation had changed. Now the majority of our parishioners are in the second and third stages of spiritual growth. But here’s one of the bests indices of a changed parish. After we had explained the first survey results to the parish and inaugurated the RenewalWorks process, a parishioner had asked, tongue only partially in cheek, “Does this mean we can talk about Jesus in the halls now?”

Brenda Husson is a graduate of Union Theological Seminary, and, although ordained by the Diocese of Central New York, has spent the entirety of her ministry in varied parishes in the Diocese of New York before becoming Rector of St. James’ Church in 1996. She and her husband, Thomas Faulkner, a professional sculptor and an Episcopal priest, live in Manhattan and are the proud parents of a son, Christopher.

Ryan Fleenor, Vicar at St. James’ and instrumental in nurturing the task forces and the Formation Committee that developed through the RenewalWorks process is a graduate of the Berkeley Divinity School at Yale University. He came to St. James’ in 2010 as a Lilly Fellow, a two-year mentoring program for newly ordained clergy. He was asked to continue on the clergy staff, becoming Associate Rector. He became Vicar in 2017. He lives in Brooklyn with his husband, Daniel Noble, a federal prosecutor. 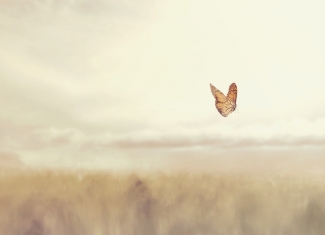