When Episcopalians talk about the Jesus Movement, conversations about evangelism often follow closely behind. We want to grow, and that is good if growth is happening for the right reasons. It is worth asking what constitutes Good News within our movement, and what is simply reconstituted institutional church growth strategy.

Some activities dubbed “evangelism” are merely a thin guise for this will persuade more people to come to dying parishes, so that we will have enough money to keep our doors open. This thinking is not Good News. Movements are not concerned with ensuring institutional security. They are concerned with mobilizing people to engage in radical experimentation for the sake of just and concrete change.

If the latter is what we want, nonviolent resistance theory can prove a helpful conversation partner. Here are three lessons we can apply to the work of building the Jesus Movement.

1. Nonviolent movements that allow a broad demographic to get involved are more successful

Moreover, it is more strategic to build an intercultural, interfaith, interracial movement, because such a coalition can wield a greater variety of tactics. Such “tactical diversity”[2] is a proven source of power, since a wider array of participants is more likely to develop innovative ways of resisting, which catch oppressors off-guard and unprepared to swiftly respond.

The research on effective movements is powerfully reminiscent of our identity as the Body of Christ. The Jesus Movement calls for everyone’s participation, especially those whom the world considers least powerful.[3] It is our task to recognize the power of the Spirit in each and every person and to use our resources to stir up that power in all who participate in the healing of the world.

In widening the circle of participation, it is especially vital that the Episcopal Branch of the Jesus Movement promote the leadership of those who have experienced oppression (especially at the hands of the Church). Our denomination is too white, too wealthy, too entrenched in violent systems to see the many ways in which we have been part of the very problems we seek to address. This calls us to offer public and enthusiastic support to those of other faith traditions who are working for justice. It means giving the microphone to people of color who have been wounded by the church’s silence and complicity in white supremacy.

Having collaboratively led a successful nonviolent revolution in Serbia in 2000, Srdja Popovic now teaches aspiring revolutionaries around the world. He notes that “dissidents fail to realize that it’s the mundane things that move people.”[4]

Empowering people to get involved in the Jesus Movement requires prioritizing the everyday concerns of those who are experiencing oppression. For all of our eloquent theology and lovely liturgies, what most people want to know is: “How will this movement make my life better? How will being part of this movement help me, my family and my community to flourish?”

We know God through tangible expressions in the sacraments. Bread and wine, water and chrism, are signs of God’s presence with us in the ordinary stuff of life. Likewise, in talking with others, we must be willing to address the tangible impact of our theology of movement on white supremacy, poverty, climate change and other violent systems.

Evangelism in a movement context has far more to do with listening than with talking. It calls us to join with those who have been pushed to the margins,[5] creating a solidarity that empowers those affected by oppression to be agents of their own liberation. The Jesus Movement is not simply a movement for the people. It is the people’s movement.

Movements that are truly nonviolent don’t consolidate power. They distribute it. They resist the temptation to fall back into patterns of domination-based leadership by sharing that leadership widely.

White supremacy, in particular, celebrates centralization. It sees distributed power as an assault on its calculated process of monopolizing power. Movements which distribute power offer hope that another, more equitable way is indeed possible. Decentralization is also subversively strategic: you can’t kill the movement by killing one charismatic leader.

This is a hard lesson for a church that treasures its episcopal polity and in which clericalism runs contrary to the priesthood of all believers. Too often, we cast Jesus in the role of panacea, so that we needn’t bother to participate in the troublesome healing of the world.

We forget that Jesus, “though he was in the form of God...did not consider being equal with God something to exploit. But he emptied himself by taking the form of a slave and by becoming like human beings.”[6] The Jesus Movement is about being under the authority of a God who chose to show up in the neighborhood as a poor, brown, Jewish Palestinian man. This same Jesus distributed power to a ragtag group of people from across his society: fishermen, tax collectors, and prostitutes; the sick and the poor; women of all walks of life. He empowered them to do the work of God in the world.

If we want to participate in the Jesus Movement, we must also engage in such kenosis. White American Christians, in particular, must empty ourselves of the deeply ingrained tendency to step on others to get ahead. A church that owes its existence to imperialism and settler colonialism has much to learn from the many powerful movements around the world that have sprung up from the grassroots.

If we are to be a movement, then evangelism ought to entail mobilization of co-conspirators for God’s Beloved Community. In solidarity and under the leadership of those who are most affected by humanity’s failure to live into God’s vision for us, we can move toward Shalom, toward Beloved Community, toward a world of beauty, just peace and joy, where all God’s creatures may flourish.

The Rev. Lauren Grubaugh serves as Curate at Christ Church Cathedral, Indianapolis, an intercultural, multilingual parish devoted to spiritual formation, beauty and advocacy. As a priest, Lauren cultivates curiosity about the spiritual practices necessary for communities to become courageous and resilient agents of peace in an increasingly chaotic political and ecological climate. She’s a lifelong learner whose formal education has taken her to Virginia Theological Seminary, Fuller Theological Seminary, UCLA (B.A. in Spanish) and most recently, the Harvard Kennedy School, where she completed a course called Leading Nonviolent Movements for Social Change. Follow her on Twitter @laurengrubaugh.

[3] “But God has so arranged the body, giving the greater honor to the inferior member, that there may be no dissension within the body, but the members may have the same care for one another. If one member suffers, all suffer together with it; if one member is honored, all rejoice together with it.” (1 Cor. 12:24b-26, NRSV)

[4] Srdja Popovic, and Matthew I. Miller, Blueprint for Revolution: How to Use Rice Pudding, Lego Men, and Other Nonviolent Techniques to Galvanize Communities, Overthrow Dictators, or Simply Change the World. 2015, pp. 73.

[5] My articulation of kinship with those at the margins is inspired by Fr. Greg Boyle, S.J., whom I served alongside for two years at Homeboy Industries, the largest gang intervention and prevention organization in the world. You can further explore these ideas in his books Tattoos on the Heart and Barking to the Choir. 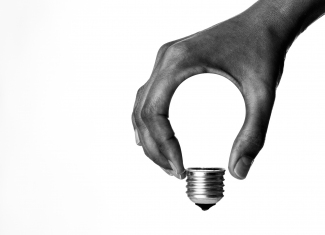