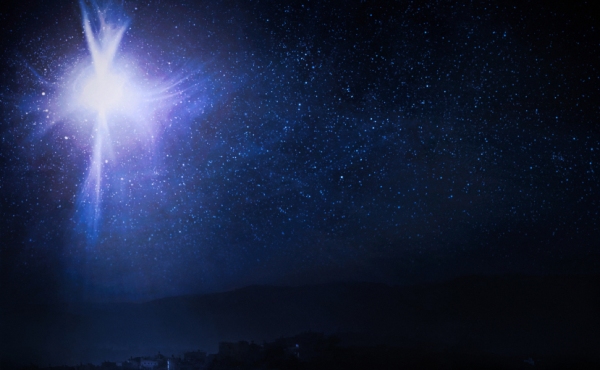 So this will be a short post as we are in the throes of packing and the movers come later this morning – but I had one of those experiences that puts a few things in perspective. At 11:30 in the evening I ran to Walgreen’s to get some last minute essentials for our trip to Tucson. I have spent the day packing, cleaning out the garage, cleaning off lawn furniture, throwing away lots of trash, and more. So after 15 hours of that, I was not looking my Sunday best.

When I went in to the store, a young woman was at the counter. She was in soccer shorts and a t-shirt and seemed to be having a pretty animated though convivial conversation with the man working the counter. I got my few items and went to stand in line while wondering why her transaction was taking so long. I overheard her say, “It’s a great church!” It turns out she had been telling him all about her church – that’s what was taking so long. When she noticed that I was listening in – she asked me “Do you want to know more?”

I was taken in by her energy and said that I would. She explained that she goes to the Upper Room Church which was started in Dallas but has branched out to Denver. She loves it because it is focused on “The work Jesus did.” When I asked what that meant, she said, “Well, for example, we’ve all been out tonight going to places where the homeless gather at night and inviting them to breakfast tomorrow morning. No strings, just a meal and a conversation partner.”

So, at nearly midnight, she was out inviting those in need of a hot meal and companionship to come to her church. More than that, she was talking to two unlikely candidates, the night-shift guy at Walgreen’s and a sweaty random customer in a tank-top and basketball shorts (that would be me), about how great her church is. She said, “It’s small and authentic and I love it.” She asked me if I was interested in visiting and I came clean. She said, “That’s awesome! I hope Jesus blesses your ministry!”

I told her that he already had and that it had been through her energy tonight.

Sometimes evangelism seems like a scary proposition – but here was a woman in her mid-twenties gushing about doing the work of Jesus and sharing it with strangers and those in need. In the midst of packing and a bit of domestic chaos, I was in some need too. The funny thing was that the Walgreen’s employee and I were not annoyed at all – we were not put out by her enthusiasm – indeed both of us were genuinely touched. Part of what made her so compelling is that she was not just sharing Good News but living it.

I wonder just how the Episcopal Church could be changed and change lives if we were so willing to go out and tell whomever we meet, however they’re dressed, wherever they are that we have a Church that we love that is small but authentic and is about the work Jesus did – and still does in so many ways.

This post first appeared July 19, 2016 on “A Desert Father”Robert Hendrickson’s blog. It is reposted with permission.