For to your faithful people, O Lord, life is changed, not ended…

We are people of change. As Episcopalians, we hear the words above during the Eucharist at a funeral. However, I often think of this prayer during any difficult time of change. Change often has a negative connotation within institutions and is met with hesitancy and resistance. It’s important, however, to recognize that change is not always negative nor an ending, but rather an invitation to new life. How do we cultivate churches that embrace that attitude toward change?

Standing at a crossroad

In 2010, six years before my tenure as rector of the Episcopal Church of the Mediator, it was at a crossroad. A neighborhood parish, like many built in the 1950s, the church’s relationship with the neighborhood was the source of its vibrancy for much of its life. Yes, it was a center for worship, but it was also a place to gather as neighbors and a social lifeline for the community. Over the years, that bond began to change. Members started moving outside the neighborhood and the new homeowners didn’t come through the church doors. The formerly white neighborhood was becoming predominantly African American.

Throughout this transition, however, the Mediator’s membership remained white, raising questions about our identity and mission. Could this neighborhood church survive if it wasn’t in a relationship with its neighbors? Do we stay and hold firm to our past, or do we move to a location more comfortable? What is our future? Who are we?

As a church and vestry we are called to grapple with hard questions such as these. We wrestle with how to engage the unchurched, where to spend our resources, what to do with a ministry or service that is treading water. The questions might be different, but what we ask remains the same – how do we set ablaze a church whose fire has been stifled? And never has the correct answer been to remain unchanged.

God calls us in the midst of change

The good news of the Gospel is that change is happening. Contrary to our “because we’ve always done it this way” jests, no church can thrive with an outdated mission. Doing things the same way relies on an environment that never changes, and that is not our reality. The culture is in continuous transformation, and the issues facing the church and its members change as well. As my senior warden has said, “We live in an evolving creation, and thus must be willing to surrender practices that no longer meet the needs of society.” Healthy churches flourish by adapting to the changing needs and concerns of the community.

When my church gathered some 10 years ago to talk about our future, there was an absolute affirmation that our buildings were placed precisely where they were intended. What came from that meeting was a renewed sense of neighborhood identity. The question then became, how do we change so that we can once again become neighbors with our community?

To answer that question we realized we needed to be better informed. We met with members of the neighborhood, the police and the local elementary school principal. We walked door-to-door multiple times, introducing ourselves to our neighbors, giving Christmas treats and invitations to our annual barbeque. We repaired our basketball goal, installed an outside water fountain and improved our external lighting. We intentionally began seeking campus visitors, inviting them to events and Wednesday night suppers. Neighborliness was preached from the pulpit. Our book studies focused on closing cultural divides. The change in focus towards our neighbors influenced many, if not all, aspects of our church life.

This has been an exciting journey for the Mediator. It has brought forth both failures and successes. It has asked us to grapple with questions of race, education, culture, privilege, wealth and poverty. We have had to divert funds, transform ministries, adapt, self-reflect and go back to the drawing board many, many times. We continue to change because that’s what happens. Life changes. And this is where we have discerned God’s call for us.

Steps to cultivating a mentality of change

Firstly, do not change for the sake of change. This is often harmful and does not accomplish anything but resistance. The Mediator changed because it understood the neighborhood to be essential to its mission and ministry. A church’s decision to change should grow from an understanding of its call to a new direction.

Secondly, we learn and inform. The clergy and vestry must help the congregation understand why change is necessary. If the vestry cannot articulate it, then the congregation will not understand it. Be willing to consult outside experts on the subject of change. Hold parish meetings or forums discussing why change is necessary. Involve the neighbors to learn what changes are important to them.

Thirdly, implement pilot programs or trials. People are much less resistant to change if there is a defined timeline. Pilot programs allow exploring an idea in a non-threatening way. They offer an opportunity for feedback, reflection and, if the program is successful, further implementation.

Fourthly, and most importantly, we are called to hold the hand of those who feel lost in the change. Pastoral care from the priest is important, but from the vestry, it is vital. Vestries are made up of members who were around before the rector and will remain long after the rector has left. Their attention and care for those who find the change most difficult reminds hesitant members that they are not being pushed out, but called to participate in a new understanding of the church’s mission.

Finally, be prepared for both victories and missteps. When you embrace change you venture into the unknown. Both successes and failures should be seen as valuable intelligence in discussions of how to move forward. You will get to decide what worked well and what should be altered or eliminated. It’s an empowering process. This approach can transform a venture into the unknown from anxiety to excitement.

The Rev. Morris Thompson has served as the rector of the Church of the Mediator in Meridian, Mississippi, since 2016. He was a part of the Mississippi Delegation to General Convention in 2018 and serves on various committees within the diocese including Executive Committee and the Gender Discrimination Task Force. Morris graduated from Virginia Theological Seminary in 2015. 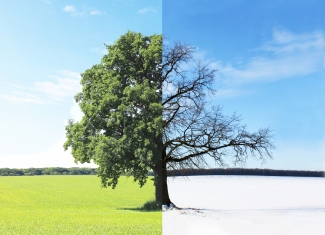