Christ Beyond the Pale

The Rev. Dr. Dietrich Bonhoeffer is one of the most celebrated 20th century Christians. His plot to overthrow German fascism during World War II led to his imprisonment and execution. The Episcopal Church commemorates him on April 9. In a lecture to Episcopal clergy entitled “Bonhoeffer’s Post Racial Blues,” theologian J. Kameron Carter highlighted the German Lutheran pastor and theologian’s Christology presented in the essay, “Ethics as Formation.” [i] In it, Bonhoeffer wrote, “‘Formation’ means therefore in the first place Jesus Christ taking form in Christ's church.” [ii] The essay continued, “So we, as historical people, therefore stand already in the midst of Christ taking form in a segment of human history that Christ has chosen. In this sense we understand the domain for which we wish to speak and must speak to be the West, the peoples of Europe and America, who until this time have been unified by the form of Christ. A more narrowly drawn frame, for instance, limited to Germany, would nullify the fact that the form of Christ is the unity of the Western peoples, and that therefore none of these peoples can exist by itself or even be thought to so exist. A wider frame, on the other hand, would allow us to overlook the mysterious fact of the distinctive character of the Western world. The following text will not develop a program for the formation of the Western world. But it will speak of how the form of Christ takes form in this Western world.”[iii]

To Bonhoeffer, it is the people of European ancestry, white people collectively, who bear the form of Jesus Christ to the entire world.

Christology is God’s action in reconciling the world to God. “That is, in Christ God was reconciling the world to himself, not counting their trespasses against them, and entrusting the message of reconciliation to us.” (II Corinthians 5:19) The question becomes, “To what Christ are we reconciled: Bonhoeffer’s Christ or the Bible’s Christ?” Much of the work concerning racial reconciliation is the attempt to mold non-white people to the image of Christ championed by Bonhoeffer. The challenge is to take reconciliation out of that Western framework, moving it into a more biblical and authentically Christian space. Doing so opens up another possibility of what it means to be Christian.

Reconciled to Jesus Christ is not about ownership, it is about grace. To be reconciled to God through Jesus Christ is to open up the imagination for new possibilities. Look to the Christian margins to people with a historically negative relationship to property: First Nations/Indigenous People and Africans. Westerners stole and possessed these individuals’ lands and stole and possessed their bodies as property. The Indigenous and African people’s forced relationship to property opens up another horizon of imagination for what it means to be Christian.

The ECF Vital Practices article, “Icons: One Thousand Painted Prayers,”[iv] gives an example of opening up new possibilities of being Christian. It is miraculous that an eight-year-old African American boy, showing a visitor to his church, also eight and African American, an Ethiopian icon of Jesus Christ crucified, tells him, “Jesus looks just like you.” The vast majority of language, imagery and material present Jesus as a Western European man with pale skin.

Worship is at the heart of Christianity. Worship practices can continue to bind us to a Western Christ. I witnessed an African American seminary professor state that the first time she saw herself in the breaking of the Communion bread was when the celebrant used a baked host with many shades of brown and black. Most churches use bleached white Communion bread, communicating a theology of racial whiteness as purity. The English language continues to be a vehicle for racism within the biblical context mapping light to white (European) and dark to black (African).

Rarely do Western Christians hear sermons elevating positive images of darkness and God as in Moses receiving the Law in Exodus 20:21. The Revised Common Lectionary only has one example of a positive image of darkness in a three-year cycle (Psalm 139:10, 11). Singing “I Want to Walk as a Child of the Light,” with the refrain, “In him there is no darkness at all” is insensitive, since the unintended consequence is having the refrain play into the language of biblical imagery of light and dark mapping to white and black for race.

Toward a more faithful Christology and true racial reconciliation

Are institutions examining the legacy of white supremacy? The Episcopal Diocese of Texas announced a “Commitment of $13 Million to Fund Racial Justice Projects to Repair and Commence Racial Healing.”[v] The diocese “presented a Missionary Vision for a Racial Justice initiative that aims to repair and commence racial healing for individuals and communities who were directly injured by slavery in the diocese.” These are examples of creating new imaginations and possibilities of what it means to be formed to Jesus Christ.

The Reverend Jemonde Taylor is the eleventh rector of Saint Ambrose Episcopal Church, Raleigh, NC. Jemonde serves the Diocese of NC as a member of the Standing Committee, Diocesan Council, the Discipline Board, and co-chair for the Bishop’s Nominating Committee. Jemonde is a board member of the Seminary of the Southwest and the Gathering of Leaders. Jemonde is a member of a five-person group recently awarded a $400,000 Henry Luce Foundation grant to produce a film and multimedia project on gentrification, race and theological education and practice. Learn more about his ministry by viewing his presentation, “Wrapped in Whiteousness,” on the Episcopal Church Foundation’s YouTube channel. 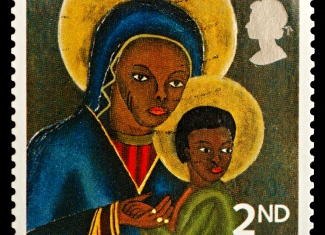