Antiracism as a Developmental Effort

The purifying fire and transformation of the day of Pentecost turn so quickly to ordinary time. The day the Holy Spirit made us the church was followed by days full of tumult and the clash of new and old, East and West, North and South. From the beginning, our church has been a container for the human struggle to contain, understand, enforce and celebrate similarity and difference in human culture, value systems and ways of worshipping God and loving each other. Two thousand years later, we call the season after Pentecost “ordinary.” But what happened after the day of Pentecost was far from ordinary. Peter was transformed from an ashamed denier to a forgiven gospeller. People were not only changed on the inside; they changed the way they lived. Those changes were both a sign of devotion to Jesus and a renewed commitment to practice being the people Jesus Christ had called forth.

The Church calls this discipline of practicing Jesus’ way of life and love, discipleship. And the work of the Church in the Diocese of the Olympia includes equipping disciples with the tools they will need to do their work.

A tool for developing intercultural skills

We have been using the Intercultural Development Continuum (IDC) as a way of helping ministers learn how their experiences are shaping the ways they understand and respond to people who are from different cultural groups – racial, ethnic, sexual identities, genders, class, abilities and other identity groups. The IDC is an adult development model for understanding how human beings respond to difference and similarity in other human beings, and especially, in groups of people to whom they do not belong. The IDC assesses this development on a continuum. Everyone starts in a place of denial, or very little knowledge or recognition of the differences in values and perspectives of cultures other than one’s own, and progresses from that into more developed understandings of how to recognize difference, relate to it and eventually build bridges of understanding between cultures and the humans shaped by them.

The IDC is not an explicit anti-racism program. It is a developmental frame for understanding how people come to understand the existence of culture and begin to relate to cultures outside their own. As we (Alissa and Arienne) examined the effect of our anti-racism efforts in our Diocese on the people we were most hoping to motivate – white people – we noticed that many of our white folk simply didn’t have the tools they needed to enter the conversation. When we said “Black Lives Matter,” they responded with “All Lives Matter,” and no amount of explaining with words illuminated the issue for them. When we said “cultural appropriation,” they responded with confusion and resentment. After all, as white people “we have no culture,” and it was unfair to tell them they couldn’t enjoy a little from the folks who had a culture of their own. Weren’t their dreamcatcher earrings a way of showing support for Indigeneous culture?

Were these very typical responses from white people racist and full of bias? Yes, of course. But telling them that was extremely ineffective in changing their behaviors and stances. There is an additional dynamic at play – development. Before the deeper conversations about racism, bias and privilege could happen in meaningful ways, many of the human beings we served needed to develop their experiences of and tools for working with similarity and difference in human cultures. And we needed to do that work in a space where white folks felt comfortable enough making mistakes, that those mistakes could be identified and self-corrected.

In addition to using the IDC to teach people a general framework for self-diagnosis, we use its accompanying assessment tool, the Intercultural Development Inventory, to give people important information about how others experience their intercultural behavior. Our discussion and reflection on those results creates an opportunity to:

If we aren’t honest about our capacity to do anti-racist work, we hurt people. White Christians can say and believe that they are committed to racial and social justice, but if they make choices to live in all-white neighborhoods and send their kids to all-white schools, the impact of their behavior has the opposite effect. When you say, “I love you,” while attacking someone, they are not likely to believe you. The antidote to this problem is not to stop trying to do justice. The antidote is being more honest with other people, admitting that you have made choices that hurt them and are willing to accept the consequences and move forward in new directions to realize Jesus’ reign on earth.

When the first Christians heard the Good News from Peter, they profoundly reoriented their lives. They changed how they spent money. They gave things away. They developed relationships with people that they had no earthly reason to know or love. Committing to Anti-Racism and Intercultural Development isn’t the end of a racist’s journey. Committing to this work is the beginning of a pilgrim’s journey.

We know that our approach doesn’t fix the problem of racism. We don’t expect it to save the world. No program can do what two thousand years of Jesus’ teaching haven’t already done. But we do think we can help people be more self-aware of their own culture and it’s blind spots. And we think we can help people be a little clearer about what it would take to have a kind and productive conversation with people of their races and cultures. And we think that will help the church and the world be better at the work of racial justice.

The Rev. Canon Arienne SiuLing Davison attended Virginia Theological Seminary (’07), and served at several Episcopal churches in the Diocese of Olympia before being appointed the Canon to the Ordinary in the Diocese of Olympia. She is a Qualified Administrator of the Intercultural Development Inventory and works within the diocese and in the wider Episcopal Church to teach tools for increasing the Intercultural Competency of our ministers and ministries. 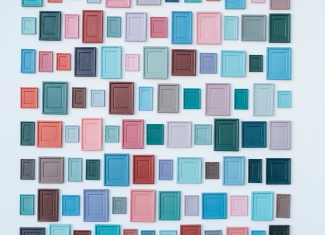