More Than a Black Thing

Few of us would want to admit it, but there are some things in life that we categorize according to race. Take your typical wedding reception. Play the Hokey Pokey, the Chicken Dance and Do Si Do. We are more likely to say, “It’s a White thing.” Play the Cupid Shuffle, The Wobble and the Electric Slide. More often than not, we are going to think, “Now, that’s a Black thing.” It should not shock anyone to learn such categorizations do not stop with wedding reception dances. What can surprise us are some of the places where these seemingly innocuous categorizations show up, impeding our ability to answer the call of God and fueling the perpetuation of the racism now inhibiting, if not disabling, us as Church and as a nation.

It was not until I became an Episcopalian, some years after graduating from college and relocating to the Northern Virginia area, that I became aware of racial categorizations applied to religion. When friends from the predominantly white rural town in Central Pennsylvania where I grew up heard I was going to be an Episcopal priest, they asked “Why?” I could have told them all about being called and prayer and vocational discernment. As a matter of fact, I tried. What they really wanted to know is why would a Black person become ordained in a white church.

Black leaders and the long path toward full inclusion

What those friends did not know, and what still surprises many, is the full, rich, and vibrant history African Americans have had in the Episcopal Church. Beginning with the establishment of the African Episcopal Church of St. Thomas by Absalom Jones in 1792 in the city of Philadelphia, through the appointment and election of over 48 Black Bishops, there has always been a strong corps of Black leaders in the Episcopal Church. People like James Holly, Henry Delaney, Alexander Crummell, Mattie Hopkins, John Walker, Tollie Caution, Charles Lawrence, Deborah Harmon Hines, Barbara C. Harris and notably, the Most Rev. Michael B. Curry, the first African-American Presiding Bishop and Primate of the Episcopal Church, have paved the way for the full inclusion of Black people in the life of the Episcopal Church at every level.

But inclusion has not meant ready acceptance or celebration. It took 50 years after the African Episcopal Church of St. Thomas affiliated with the Episcopal Church before the first diocese, Connecticut, granted Black parishes and their rectors voice and vote at diocesan conventions. Periods of Black congregational and institutional expansion were typically met with resistance and retraction. Fearing large numbers of Blacks would seek membership in white parishes and that newly established Black churches would request full status in diocesan conventions, some dioceses enacted canonical regulations to effectively disenfranchise Black Episcopalians. Even though the first two Black bishops to serve in the United States were chosen in 1918 (Edward T. Demby, Diocese of Arkansas, and Henry B. Delaney, Diocese of North Carolina - St. Augustine’s College), it would be another 44 years before another Black bishop was consecrated in the Episcopal Church. [1]

Historically, The Episcopal Church has been a racially diverse body where Blacks have struggled to find welcome, seat, voice and vote. From my own journey of 19 years in ordained ministry, I can recall the time a white colleague cautioned me because she interpreted the passion I exhibited when talking with my hands as anger, the times my penchant for raising pointed questions resulted in being disregarded like a third grader whom the teacher refuses to call upon, and serving dutifully in my congregation and in elected positions, but diocesan appointments were few and far between. The message the Church has been giving me and people who look like me is we are better off when seen and not heard. Were it not for a number of Black organizations advocating for racial equality within the Church, including the Union of Black Clergy and Laity (1968) that later became the Union of Black Episcopalians (UBE), the diversity and Black leadership for which the Episcopal Church has prayed and by which it has been blessed would not have progressed as it has.

Today, the Union of Black Episcopalians remains the only independent advocacy and justice organization associated with the Episcopal Church, uniting the diverse cultures, concerns and gifts of Black Episcopalians. Through a network of over 40 local and diocesan chapters, organizational sponsors representing over 10,000 people, partnerships with predominantly white groups and associate members who share UBE’s vision for justice and inclusion, and alliances with Black Episcopal and Anglican Liberian, Haitian, Caribbean and Canadian communities, UBE continues promoting the inclusion of Blacks at every level of Church governance and fighting to eliminate racism in the Church. Most importantly, we are here to support our white brothers and sisters as they grapple with the racial dynamics that plague our nation, beginning with the reality that in many instances we have gotten wrong what some seemingly innocuous categorizations along racial lines suggest.

For 52 years UBE has been telling the Church that racism exists within our institution. The time has come for all Episcopalians not only to believe this truth but also to commit to repenting from it and ridding ourselves of its vestiges. Racism was not overcome when Barack Obama became this nation’s first Black president nor when Michael Curry became the Episcopal Church’s first Black presiding bishop. Nor was racial equality achieved when Episcopal parishes began accepting Brown and Black bodies into our pews. We have much more work to do before God’s Revelation 7:9 vision of a kingdom comprised of every nation, from all tribes and peoples and languages, can come into being. That does not mean we should stop striving.

What white people can do

I imagine I am not alone in being inundated with calls from my white colleagues and friends who are mystified and/or frightened by the social unrest that dominates our national scene and who genuinely want to know what to do. For many, seeing the incomprehensible killing of George Floyd has ignited a great awakening. That is a very good thing! My encouragement is that white Episcopalians begin by becoming educated on what Black people are talking about.

Read books like Waking Up White, White Fragility and The Color of Compromise. Enroll in Sacred Ground, a ten-part series that is part of Becoming Beloved Community, the Episcopal Church’s long-term commitment to racial healing, reconciliation and justice. This curriculum is not the anti-racism training of old. It is designed specifically for white people to talk to white people, using documentary films and readings that focus on Indigenous, Black, Latino and Asian/Pacific American histories as they intersect with European American histories.

Then Google “What can I do to fight racism today?” You will find a plethora of articles with ideas on specific actions white America can take to begin dismantling the systemic racism that diminishes us. Finally, open your mouths and speak. If police violence, economic disparities, disproportionate deaths from COVID-19 and racist rhetoric make you angry, or at least uncomfortable, say something. Demand to know why there are no people of color at the table. And grow some thick skin. Not everyone is going to receive your anti-racist disposition and actions with enthusiasm. Some of your best efforts will be rebuffed and even criticized. Just remember that people of color have been fighting these battles for over 400 years, and with God’s help, all things are possible.

Why would a Black person become ordained in a white church? Because God saw this day coming long before we could imagine it. Because the Episcopal Church is not a White thing. Because we are headed to a day when every nation, all tribes and peoples and languages, have seat, voice and vote around God’s throne and I, for one, want to be part of that kingdom.

The Very Rev. Kim L. Coleman is National President of the Union of Black Episcopalians (UBE). She has served as rector of Trinity Episcopal Church in Arlington, Virginia, since November 2002. An Episcopalian since 1993, Kim graduated cum laude from Virginia Theological Seminary in May 2001 and was ordained to the priesthood in December 2001. In addition to a Master of Divinity degree, she holds Bachelor of Arts degrees (1980) in Political Science and Economics from the Pennsylvania State University in State College, Pennsylvania. A Delegate to General Convention, she has served on the Diocesan Standing and Executive Committees and as an Adjunct Professor for VTS.

[1] Abstracted from A Faithful Journey: Black Leadership in the Episcopal Church, by Forward Movement and The Church Awakens, African Americans and the Struggle for Justice (https://episcopalarchives.org/church-awakens/exhibits/show/divergence/ccwacp). 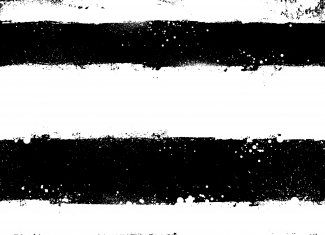